Mondo and the lost art of the movie poster

Looking through the posters at your local movie theater, it’s easy to forget that the medium hasn’t always been the domain of Photoshop and graphic design. Movies like Star Wars and Raiders of the Lost Ark were once the gold standard, artists like Drew Struzan capturing the essence of a film in a beautifully composed painting. That’s mostly been replaced by posters consisting of the bare essentials: the photographed faces of the actors the studio wants you to see, the branded title, and a release date.

But over the past 10 years, a small company in Austin has been fighting that trend, creating some of the most gorgeous original movie posters you’ve ever seen. Mondo is an offshoot of the Alamo Drafthouse Cinema, a chain of speciality movie theaters that cater primarily to film aficionados in places like Texas and New York. Back in 2004 Mondo mostly dealt in T-shirts, but Drafthouse head Tim League brought in artist Rob Jones — now one of Mondo’s art directors — to create a poster for Rolling Roadshow, the Drafthouse’s traveling film series. “That’s when I suggested, ‘You know what? I can probably get other guys to make posters for each movie rather than try to do just one poster for the entire event,’” Jones says. Mondo started to bring in more artists, produced more limited-run posters, and in 2012 relocated to a new gallery where it could show off the artwork in a more appropriate setting. 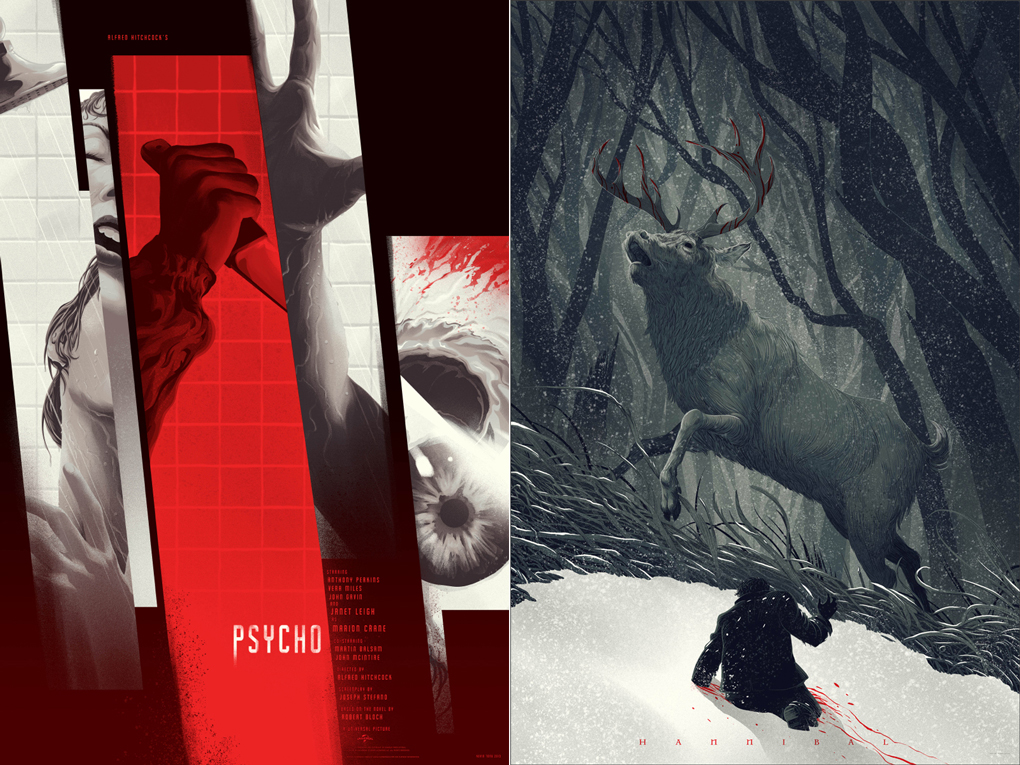 A new show dedicated to sci-fi and fantasy

Last week that space was home to a show devoted entirely to Disney films, dubbed "Nothing’s Impossible!" Artists like Mike Mitchell and Olly Moss created alternative posters for everything from Alice in Wonderland to Wall-E, and like most Mondo shows it was an immediate success: fans lined up for blocks to buy the silk screen prints, with many posters selling out before they even had the chance to hit Mondo’s online store. This Friday, a new exhibit debuts, highlighting science fiction and fantasy work from popular Mondo artists Kevin Tong and Martin Ansin. With stunning posters for Psycho, Alien, and Flash Gordon amongst many others, the collection is a genre fan’s dream, and a reminder that posters can be much more than a mere promotional tool.

Today Mondo averages a new gallery show about once every six weeks, and the Academy of Motion Picture Arts and Sciences archives new Mondo posters for posterity. The styles range based on the artist, with Mondo posters consisting of everything from character portraits to surreal, abstract pieces. Whether it’s a new take on an old classic or a poster for an upcoming film, however, two thing are always the same: the art is inventive, and demand is rabid.

Tong says they’re an important way for fans to express themselves — something that’s disappeared as we’ve shifted towards digital media. "You used to be able to have a wall of CDs, and people would just come into your living room, and look at it and talk to you about music," he says. "I think the same thing is happening for movies. Because what are you going to do, just sit there and say, ‘Would you like to look at my iTunes library?’" 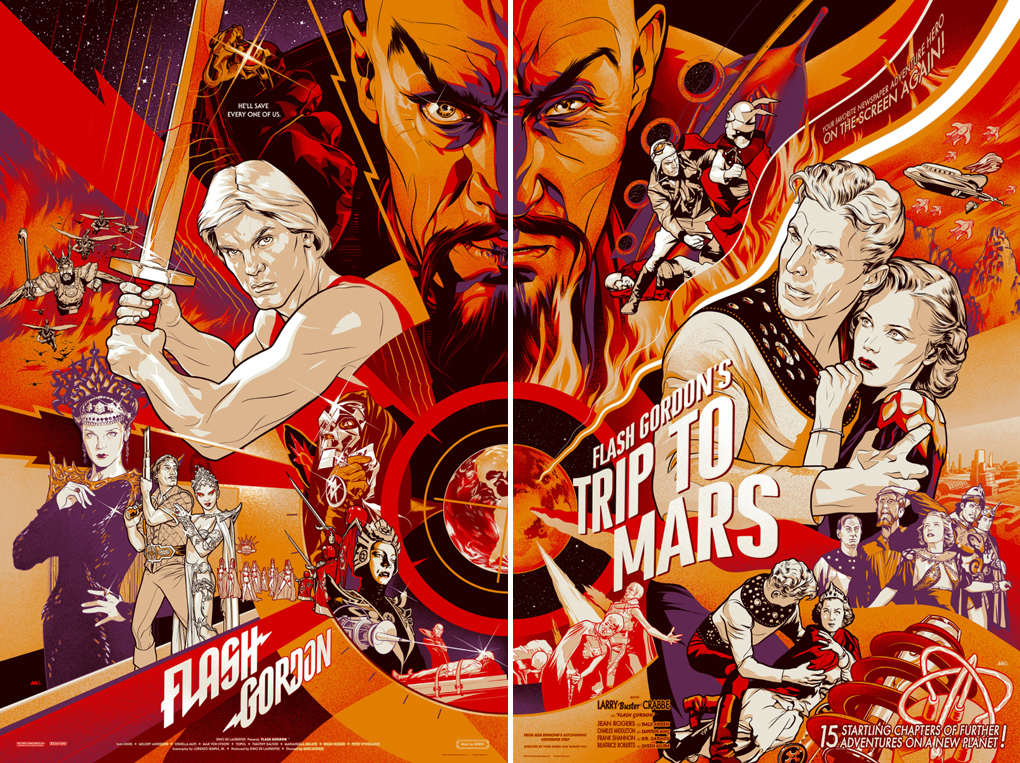 Mondo’s brain trust — creative director Justin Ishmael, Jones, and fellow art director Mitch Putnam — decide which artists and movies are selected for new posters. "Each one of us, under the umbrella of having good taste, has different interests and we like different styles of stuff," explains Ishmael. If one curator is obsessed with Italian horror films but doesn’t care about ‘80s action, Jones says somebody else on the team will bring those ideas to the table because of their own personal interests. And as both Ansin and Tong testify, the company gives the artists room to do the best work they can do, without creative interference. In the process, film fans of all types find something to like.

Its creative and artistic edge helps Mondo’s posters stand out as true objects of art, a perception that’s only enhanced by their limited nature (some sold-out posters go for thousands of dollars on eBay). "We don’t reprint posters at all," Jones explains. "I came from the gig poster world, and in the gig poster world things have to be silk-screened to be taken seriously. So that’s why everything was silk-screened. And then two: you don’t reprint."