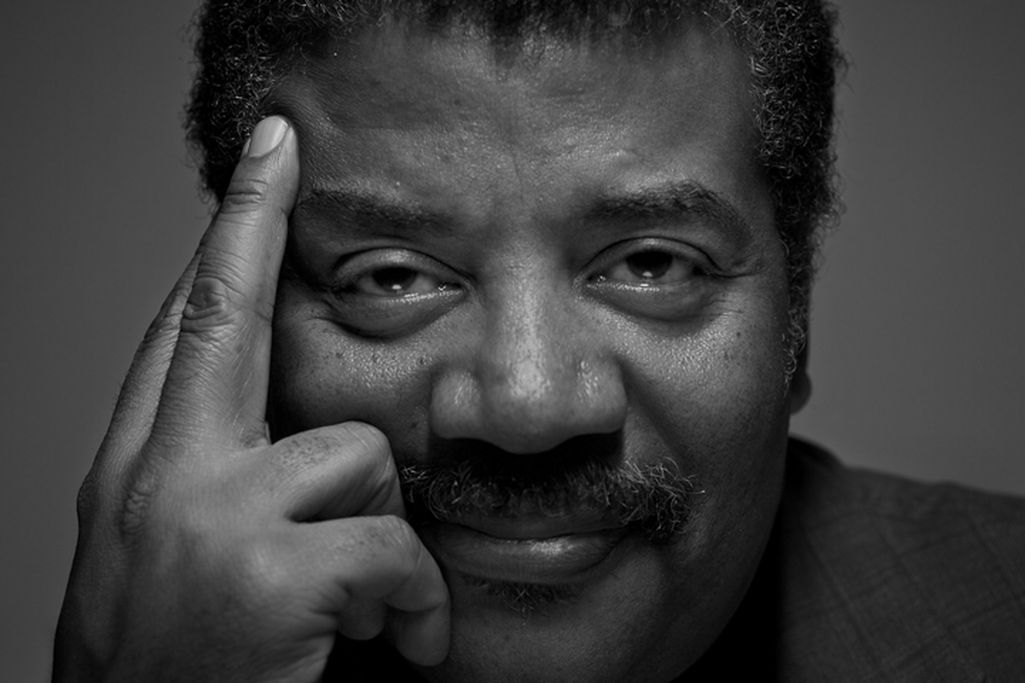 It was the television event that science geeks worldwide had been waiting for. On Sunday night, the much-hyped Cosmos: A Spacetime Odyssey premiered with an inspiring episode that offered viewers a sweeping tour of the solar system and humanity’s (decidedly wee) place in the universe. It also introduced them to their guide through the series’ planned 13-episode run: Dr. Neil deGrasse Tyson, a renowned astrophysicist and vocal science advocate, who will fill the shoes of Cosmos’ original host, the late Carl Sagan.

But while the reboot of Sagan’s 1980 classic will readily attract science aficionados, that’s not exactly the audience Tyson is gunning for. Chatting over a glass of wine to celebrate the show’s premiere (a glass the connoisseur noted “could use another eight years in the bottle”), Tyson was emphatic that “everyone is the audience.”

"Science is not the purview of the demographic, it's the purview of us all," he says. "Cosmos, at its best, not only shares with you the moving frontier of science, but shows you why knowing that matters."

To that effect, the show’s distribution is going big: it premiered with an unprecedented simulcast on 10 US networks, and will air weekly on both Fox and National Geographic channels in more than 180 countries around the world.

"An exploration nation, as a culture, can influence how people think about their future."

The import of that wide reach isn’t something Tyson takes lightly. Indeed, it’s yet the latest iteration of his ongoing efforts to convey the urgent importance of research into science and technology — a realm where he’s seen the US fall woefully short in recent decades. "As an American, I grew up in an era where we led the world in everything. Everything!" he says of groundbreaking innovations like computers, television, and radio. "So much [American invention] shaped the 20th century, and I don’t want to be on the sidelines for the 21st century. I want to be there."

Invigorating viewers who wouldn’t otherwise care about the world of science is, to Tyson, one small part of addressing that problem. Not to mention that a splashy television program, airing on major networks and bolstered by impressive special effects and a mammoth publicity drive, is bound to make science seem just a little bit hipper — especially to younger generations. "Maybe you say, ‘I don’t want to go to space, I want to be an attorney.’ Well, you can be an attorney that manages the mineral rights of the next asteroid. That’d be really cool," he says. "An exploration nation, as a culture, can influence how people think about their future — and that only comes about through science and technology."

For now, Tyson is happy to act as the very public face of the scientific cause — he’s recently been profiled in the New Yorker, posed for a selfie with President Obama, and was a keynote speaker at SXSW. But when Cosmos comes to an end this season, he’s intent on making a shift back into the more private life of a scientist, husband, and father. "Next time I'd rather just stay home, I’d rather let someone else do it," says Tyson, who lives with his wife and two kids in Manhattan and remains director of the Hayden Planetarium and a research associate at the American Museum of Natural History. But his role as an advocate for scientific exploration won’t change — and the research Tyson plans to undertake next might even make that advocacy stronger. "As a scientist, [my research] is what fuels my energy to even communicate in the first place," he says. "[So] I’ll go back to the lab. I’m ready. After I go to the Bahamas, then I’m going to the lab."