Nikon has never really aimed its mirrorless cameras at advanced users — the 1 series models mostly feature small bodies with controls that are simple to a fault, and the system uses a 1-inch sensor that struggles to compete with the larger chips in other interchangeable lens cameras. But the new V3 sees Nikon aim for that enthusiast crowd with a model that should offer more flexibility at a higher price than ever.

The sensor is 18.4 megapixels, up from 14.2 on the V2, and has built-in phase detection autofocus at 105 points; the V3 can shoot an impressive 20 frames a second with continuous AF, or 60 frames a second in single AF. Autofocus performance has always been one of the 1 series' strong points, along with video, and Nikon is improving the latter feature with the V3 as well. Like the other 1 cameras, the V3 can capture full-resolution photos while recording video, and the new model adds 120fps slow-motion 720p recording. It's also the first Nikon 1 camera with Wi-Fi connectivity.

The V3 is actually somewhat modular; while the body design is as austere as most of the rest of the 1 range, Nikon is also including a more substantial grip accessory, as well as an external viewfinder. Both the V1 and V2 featured built-in electronic viewfinders, though, so the V3's omission might not endear it to the advanced enthusiasts it's wooing. But they should at least find it the easiest Nikon 1 camera to use yet, with control dials located on the front, top, and back. 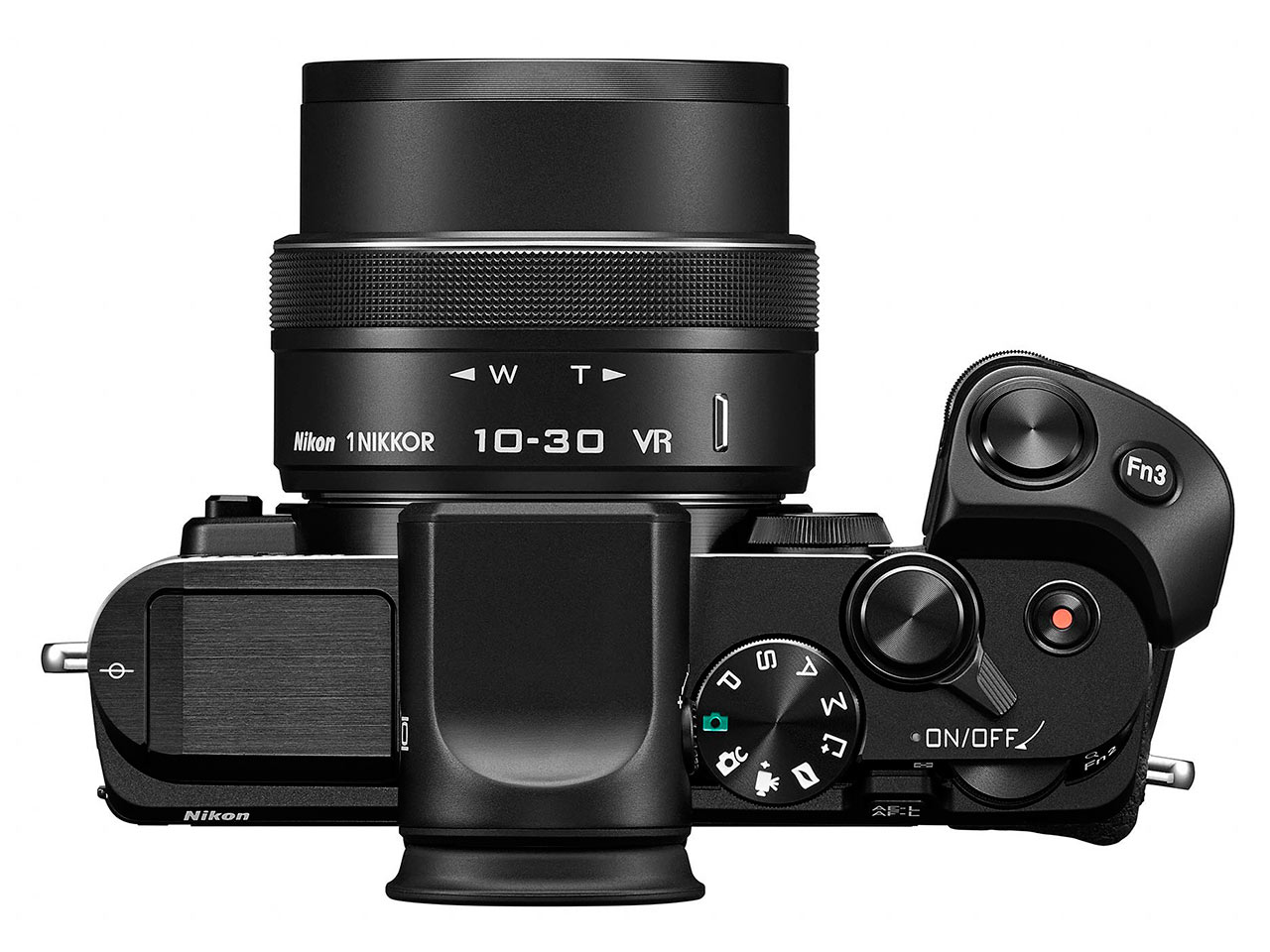 Nikon is selling the V3 for $1,199.95 with the grip, the viewfinder, and a new 10-30mm f/3.5-5.6 pancake zoom lens. That'll be a hard sell — Sony's RX100 Mark II, for example, has the same size sensor, but it's higher resolution, more compact, and comes with a lens that's more versatile than anything Nikon offers. And in the interchangeable lens space, enthusiast mirrorless cameras like the Olympus OM-D E-M1, Fujifilm X-T1, or Sony A6000 will offer dramatically better image quality at a variety of price points. Still, if you've invested in Nikon 1 lenses, or if the system's combination of fast performance and quirky video functionality appeals, this might be the best body yet — even if it's not enough to convince that Nikon is taking mirrorless seriously.