A natural glow: these plants produce their own light

Share All sharing options for: A natural glow: these plants produce their own light

Daan Roosegaarde invites me into a cramped, pitch-black photo booth no more than a couple feet wide. "Hold on," the Dutch designer whispers into my ear. "Just give it a minute." Soon, the tiny cucumber plant in his hand begins to emit a faint glow.

As my eyes adjust, it gets brighter. Roosegaarde’s specimen was created by genetically modifying its molecular structure to include luciferin, a chemical that gives jellyfish their radiant glow. "I’m completely obsessed with jellyfish," Roosegaarde says. "They create their own light without a battery or solar panel." Roosegaarde’s plant is nowhere near as vibrant as a jellyfish or a fern from Avatar — it’s in fact still quite dim — but serves as a proof of concept for his technology, which he hopes to employ on a much larger scale. 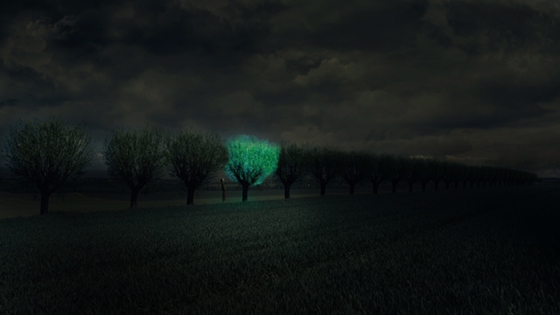 He asks me to imagine trees filled with glowing leaves lining highways to light the way for drivers, or a street lined with energy-neutral trees instead of electric street lamps. Roosegaarde says, "In a time where governments are shutting down street lights to save money, can we not make it more natural?" The plants were engineered in collaboration with BioGlow founder Dr. Alexander Krichevsky, who first revealed his technology back in January. The idea for glowing plants has been around for at least a few years, but Krichevsky claims that his are the first real prototypes.

Roosegaarde was brought in by the Dutch Embassy to help spread the word about innovation in the Netherlands, but also to present Krichevsky's plants in an environment where they're accepted. In Europe, where genetically modified organisms are more stringently monitored by the government, the company currently employs a "biological paint" made of luciferin to see how their idea might work in execution. Both methods are harmless to their hosts, Roosegaarde claims. The bigger idea is to develop a "smart highway" lined by glowing trees and covered with temperature-sensitive paints that change colors when it’s hot or cold outside. When the road is icy, for example, snowflakes pop up to warn drivers of the threat. There’s even an experimental kind of paint that can power electric cars when driven over, Roosegaarde says. And then there are luminescent road lines to keep you in your lane when it’s dark out. 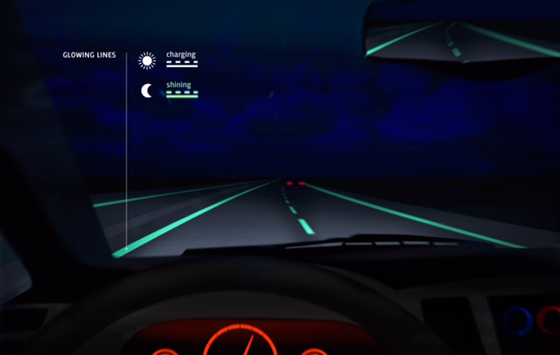 Through a partnership with road manufacturer and investor Heymans and the Dutch government, Roosegaarde’s first smart highway is opening in two weeks. With several hours of daylight, Roosegaarde says, his 0.6 mile (1 km) highway segment will light up the night for seven to eight hours. "Was this your expertise to create this technology?" I asked Roosegaarde, who has designed everything from clothing that turns translucent when you’re lying to a "sustainable" dance floor that produces electricity when you dance on it. "No, my expertise is to dream," says Roosegaarde. The smart highway is in fact one of Roosegaarde’s tamer ideas.

As he has grown as a designer, effecting real change has taken precedence over making expensive art projects, like a metallic lotus flower made of heat-sensitive petals that open when you place your hands up to them. "I made a decision not to stay in the white cube of the MoMa, with all due respect," he says. "You need to make it public. You need to make it for everyone." Another project in development at Studio Roosegaarde is a smog-sucking vacuum cleaner, the largest of its kind, that Roosegaarde plans to test out in Shanghai. "We’re meeting with the prime minister of China next week in the Netherlands," Roosegaarde boasts gleefully. "I get 10 minutes!" 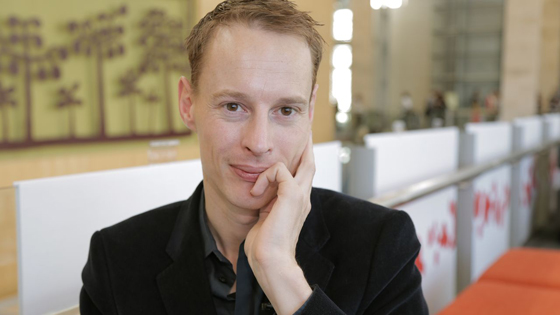 Roosegaarde’s investment in smog is already having more far-reaching consequences than he could have expected. During the process of bottling smog Roosegaarde's team hacked together a way to turn smog into diamonds. He plans to compress all the smog waste he collects into the precious stones — "smog rings," he calls them — which he then plans to sell to fund all the vacuuming. By buying one smog ring, you’re purchasing 1000 cubic meters of fresh air for the city of Beijing. It remains to be seen how precious Roosegaarde's smog rings truly are, but the idea is stimulating to say the least. "[These machines] are not the answer, but by showing how the new world looks and feels you can create an incentive to make a whole city like that," Roosegaarde says. "And everyone loves diamonds."