Here's why Amazon Prime can afford to raise prices

In terms of scale, speed, and streaming extras there is no comparable offering

Share All sharing options for: Here's why Amazon Prime can afford to raise prices

Yesterday morning Amazon emailed it customers to let them know that its Prime delivery service, after more than nine years, was getting its first price hike, from $79 a year to $99. In some ways it seemed like a risky move. After Amazon first hinted it might raise Prime prices, a study conducted by analysts at Piper Jaffray found that 66 percent of customers said they would rather cancel their subscription or let it lapse than pay a higher fee. But a closer look at the marketplace, and human psychology, shows why Amazon felt confident it could increase its rates without suffering serious fallout.

"It won't pain Amazon to see these people go.""There may be some people who have Prime but don’t rely on it regularly that will cancel because of this," says Wedbush analyst Michael Patcher, who tracks Amazon. But many Prime members were likely a drag on Amazon's finances. Wedbush estimated that at $79 Amazon was barely breaking even, or even losing money, on shipping costs for customers who ordered 20 packages year. That's not counting the $40 per person he estimates it costs Amazon to license streaming media that Prime accounts get for free. "It won’t pain Amazon to see these people go." 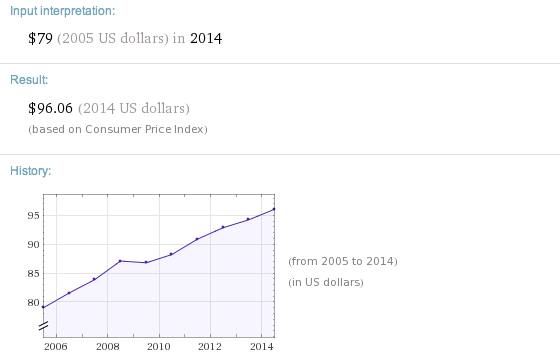 The flip side is customers who order only a few items each year or who order so much because of Prime that their additional spending far outweighs what Amazon loses on shipping and media. The company would hate to see them go, but the truth is that isn’t a big fear, because there is very little direct competition for what Prime offers.

It would be tough to raise prices on the Kindle, which competes directly with iPad and Nexus tablets, or on Amazon web services, which have to stay on par with Microsoft's and Rackspace's offerings. But there is no other service that offers Amazon’s wide range of products for fast delivery anywhere in the nation, and certainly none that throw in a top-tier streaming video library for free. Companies like Shoprunner can boast free two-day delivery, but they can't do same-day delivery or stream you every season of Dexter in HD.

There are also external factors, such as rising fuel costs and new taxes, that may have played a role in the Prime price hike. "I think the cost of the program to customers vs. the expense to Amazon were out of balance and this is an attempt to bring it more into balance," says Sucharita Mulpuru-Kodali, an e-commerce analyst with Forrester. "You can't have Amazon's low-to-no profitability forever. It's been more than 10 years now!"

The market will be watching closely to see if subscribers bail on Prime over these higher fees. But Amazon’s stock rose yesterday on the announcement, and most analysts feel that consumers' bark will be worse than their bite. "A lot of people say they would quit, but the truth is most people get used to the convenience," says Patcher. "It’s like higher fees on credit cards. People complain about them bitterly when they go up, but most never get around to actually changing their service."