We knew Valve's Steam Controller would be undergoing some changes, and now the company is offering a more detailed look at its revised gamepad. The touchscreen seen on the original model has indeed been scrapped entirely in favor of four separate directional buttons on the left side and four face buttons on the right. They're labeled X, Y, A, and B — just like Microsoft's Xbox controller — and Valve's buttons also share the same arrangement and color scheme. Similar to the Xbox One, Valve's latest iteration of the Steam Controller features a logo that glows white when powered on. That round button is centered between two smaller ones labeled with icons for stop and play.

"These analog buttons are offered in addition to the touch pads featured in the original prototypes," Valve said in a statement. The design of this latest version seems to have been finalized only recently; Valve says it's in the process of assembling demo units that it will bring to the Game Developers Conference in San Francisco next week. "We're excited to get some feedback from our customers on these latest changes," the company said. That suggests that Valve may not be done tweaking the Steam Controller as it prepares for a huge push in the living room with SteamOS. 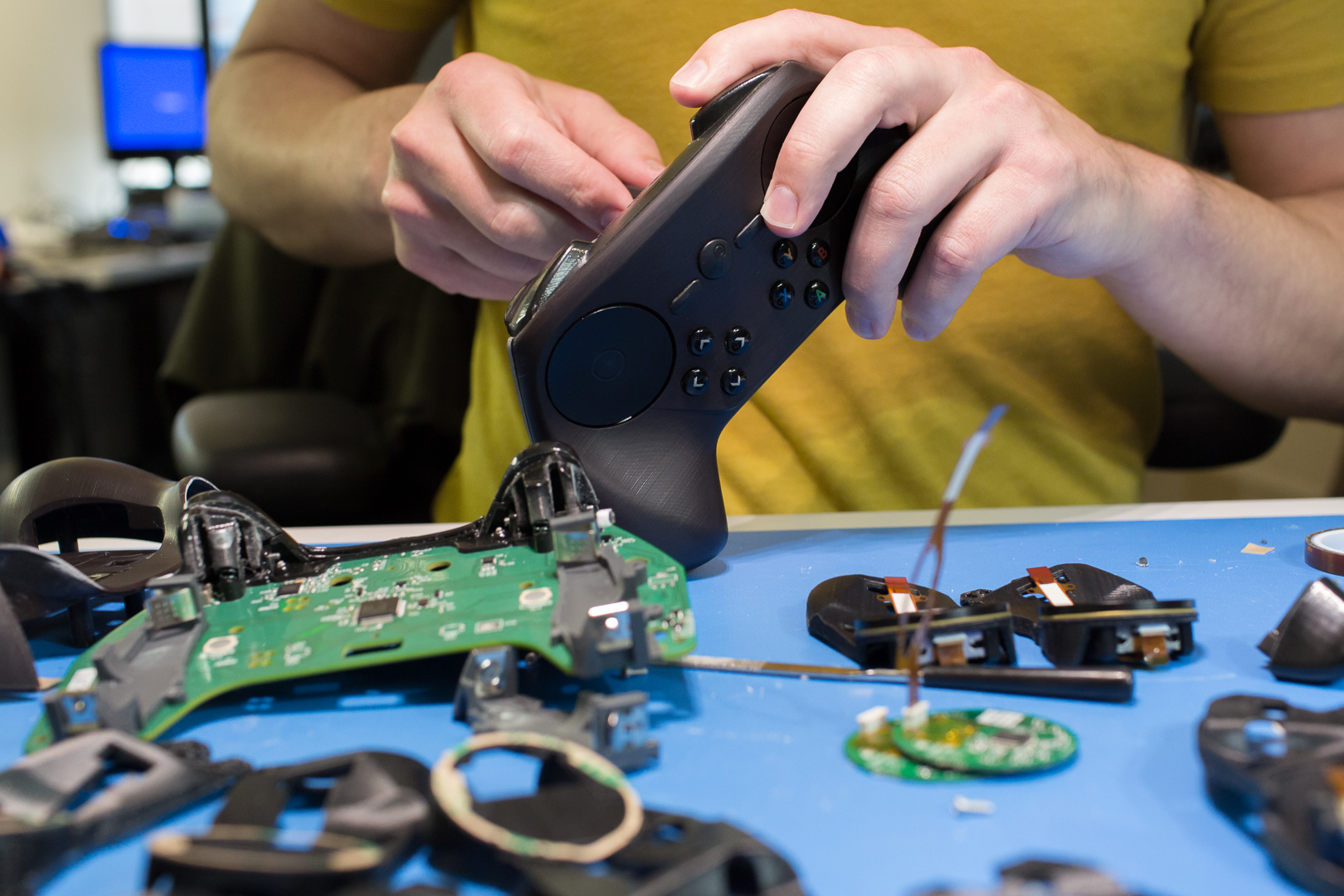