The Goodyear blimp as we know it is being replaced by a newer model the company says is bigger, faster, and more maneuverable than the one retired last month after 14 years of service. The company has been working on the redesign for a year with German firm Zeppelin Luftschifftechnik, and showed off the new version today at its Wingfoot Lake hangar in Suffield, Ohio.

Top speed of 73 miles per hour

The new design makes use of three engines instead of two, and fly-by-wire flight controls that give it handling like a helicopter. The end result is a blimp that's 50 feet longer, carry a dozen people (compared to seven), and hit speeds of 73 miles per hour (up from 54), according to CNET. The new design also makes use of internal structures, and therefore can't be classified as a blimp, but rather a semi-rigid airship, says The Plain Dealer. 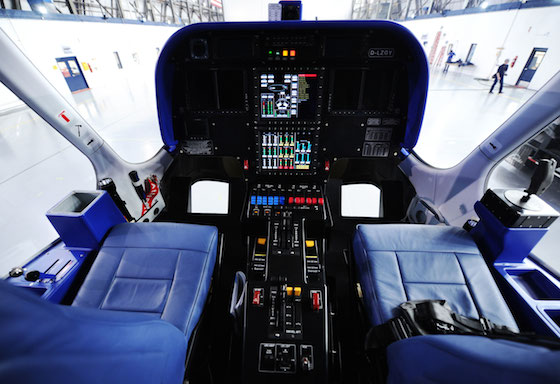 Goodyear says it still has to do a number of test flights before the new blimps go into service, where they'll continue to be used for covering sporting events and act as an ever-present marketing tool for the 116-year-old tire-maker. The company's purchased three of the new blimps in total, with the other two going into service in 2015 and 2017 respectively.

While the Goodyear blimp is likely to always be referred to as just "the Goodyear blimp," the company is opening it up to the public to pick a name for the new airship. The previous model was called The Spirit of Goodyear, and whoever successfully chooses the next name will get to ride in one of the blimps with five of their friends for up to six hours, or get a trip to a sporting event where they get to watch from inside it.