Protest in style with a toolbelt designed for superheroes

Share All sharing options for: Protest in style with a toolbelt designed for superheroes

With protests erupting in countries across the world, student designers Damon Ahola and Richard Clarkson from the School of Visual Arts were asked to design a product to help activists. They came up with the brand B. Super, a consumer product line that includes a utility belt and a number of products that aid protestors in different situations. Some like the "breathe" respiratory mask and the "repair" duct tape kit are practical, while others like the "disguise" fake mustache are simply silly.

Not all of the products are necessarily useful for working activists, but some were inspired by real tricks: a classmate involved with the protests in Turkey told the two designers about lemon juice being used to alleviate pepper spray stings in the eyes, and that became the "relieve" lemon juice solution in B. Super. Aloha and Clarkson told Core77 that the most difficult part of the process was striking a balance between the seriousness of protest culture and their superhero inspiration, and the final products tap into a protestor's vulnerability while channeling Batman, Superman, and the like for both courage and readiness. "We became intrigued with the idea of superheroes very early on, giving the 'average joe' or 'average jane' confidence to speak out," they said. 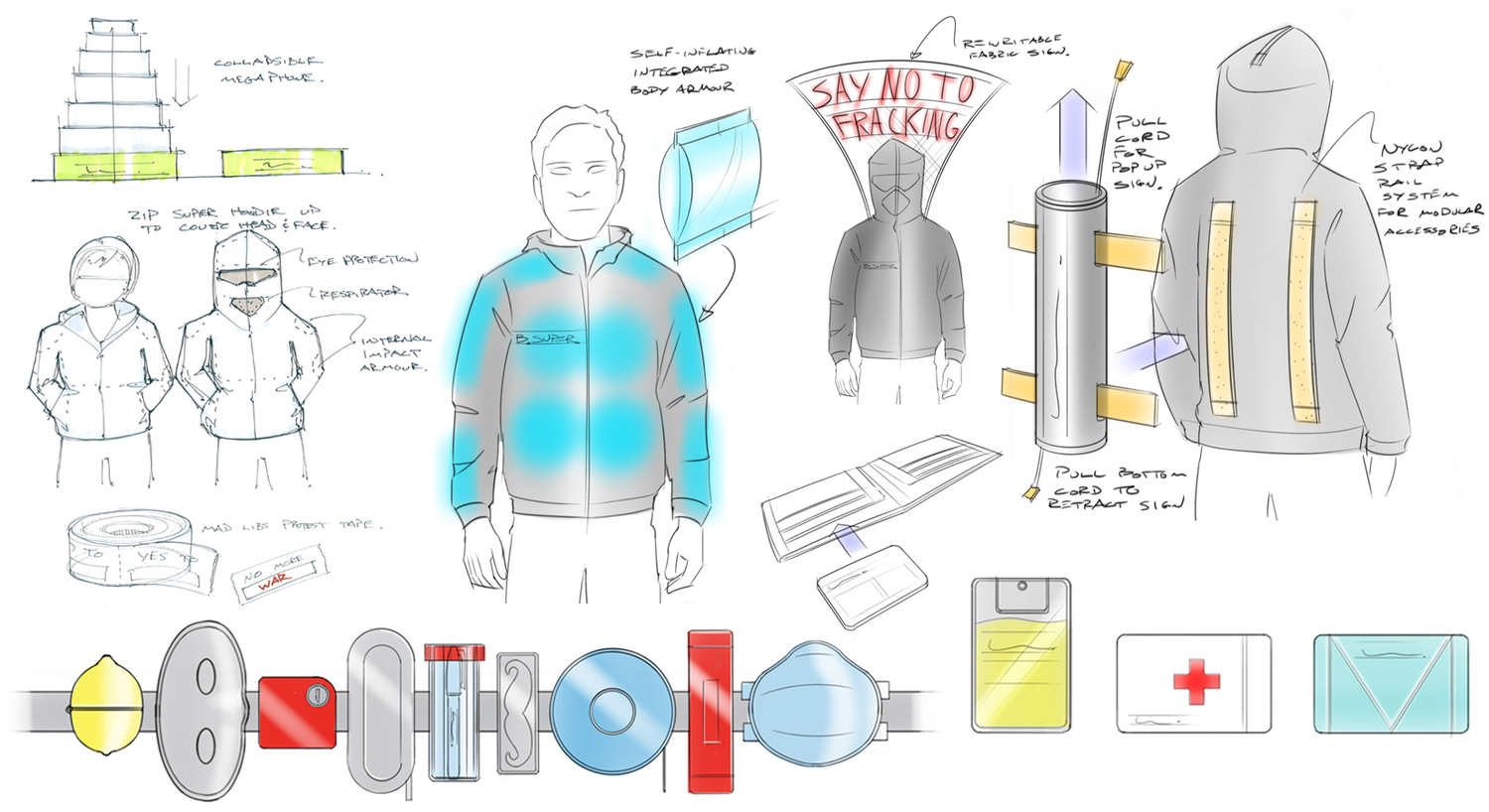 However, the duo are not delusional about who could actually use B. Super — they foresee the product line to be sold as a lifestyle product in "fashion-forward" retailers and high-end skateboard shops. It's a far cry from the protesting grounds of struggling countries, but it's a clever idea that mixes utility with idealism and hope.