Skeletor may be the greatest motivational speaker on the internet

Share All sharing options for: Skeletor may be the greatest motivational speaker on the internet

Skeletor, as the arch-foe of He-Man and all of Eternia, was always depicted as a fairly ill-tempered guy. He had his schemes for taking over the Castle Grayskull, but they always failed — often enough because of his own incompetence. Heal Yourself, Skeletor is fun mainly because it lets you imagine the sorcerer waking up, giving himself a pep talk, and heading out to fail all over again. In the same way, he's here to tell you to believe in yourself! Soon, you can fail like Skeletor, too. 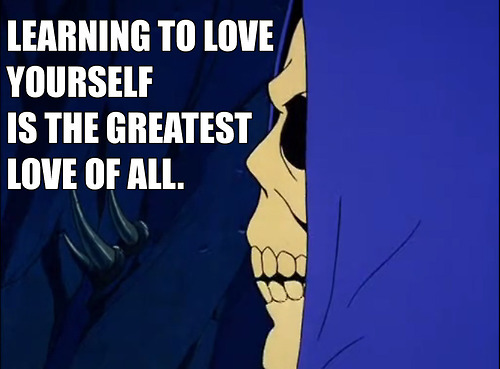