Twitter is letting some of its early testers view tweets from only their favorite users with a new "Fave People" timeline. The feature recently appeared in the alpha version of Twitter for Android, meaning it may be some time before it's packaged into the company's regular mobile app — and it could easily be scrapped before that happens. For now, TechCrunch has posted several screenshots of Fave People (including the one below).

Back in December, Twitter rolled out an Android update that included a new option to star / favorite other users. Once enabled, push notifications are delivered for every new tweet from favorited accounts. The Fave People timeline collects all of these preferred users in one place. It's basically an extremely simplified approach to Twitter's existing "Lists." This latest experiment is part of the company's ongoing quest to get the most out of its "favorite" button and let users customize the Twitter experience to their liking. Whether Twitter decides to move forward with Fave People and push the feature out to its millions of users remains to be seen. 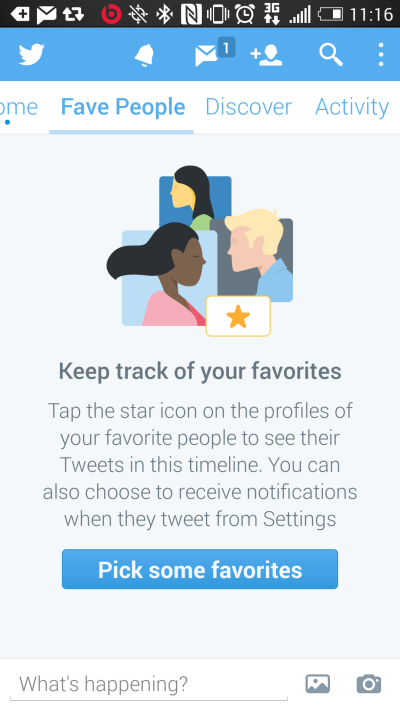