A glowing disco ball spins above a tiny, well-stocked bar in a dingy basement. Across the room are two armchairs, one with a horse mask resting on top, the other with a chicken mask. Resting in between is a tip jar filled with cash. The walls are lined with fan art from bloody indie games like Hotline Miami. For a brief period, this art gallery has been turned into a space meant to promote new video games. A few days earlier, the same publisher responsible for the show kicked off a weeklong sale, offering discounts on notable indie games like Vlambeer's recently launched Luftrausers and the upcoming Broforce. Each game was listed alongside developer quotes chastising the publisher. "The Free Lives team was thrilled to partner with Devolver Digital on Broforce, but we are not sure anyone at Devolver Digital has ever actually played the game," said one. "To be honest, we're not sure they are even a legitimate company," read another.

It was far from a typical promotion, but Devolver Digital isn't your typical video game publisher. This is the closest thing gaming has to a punk record label. 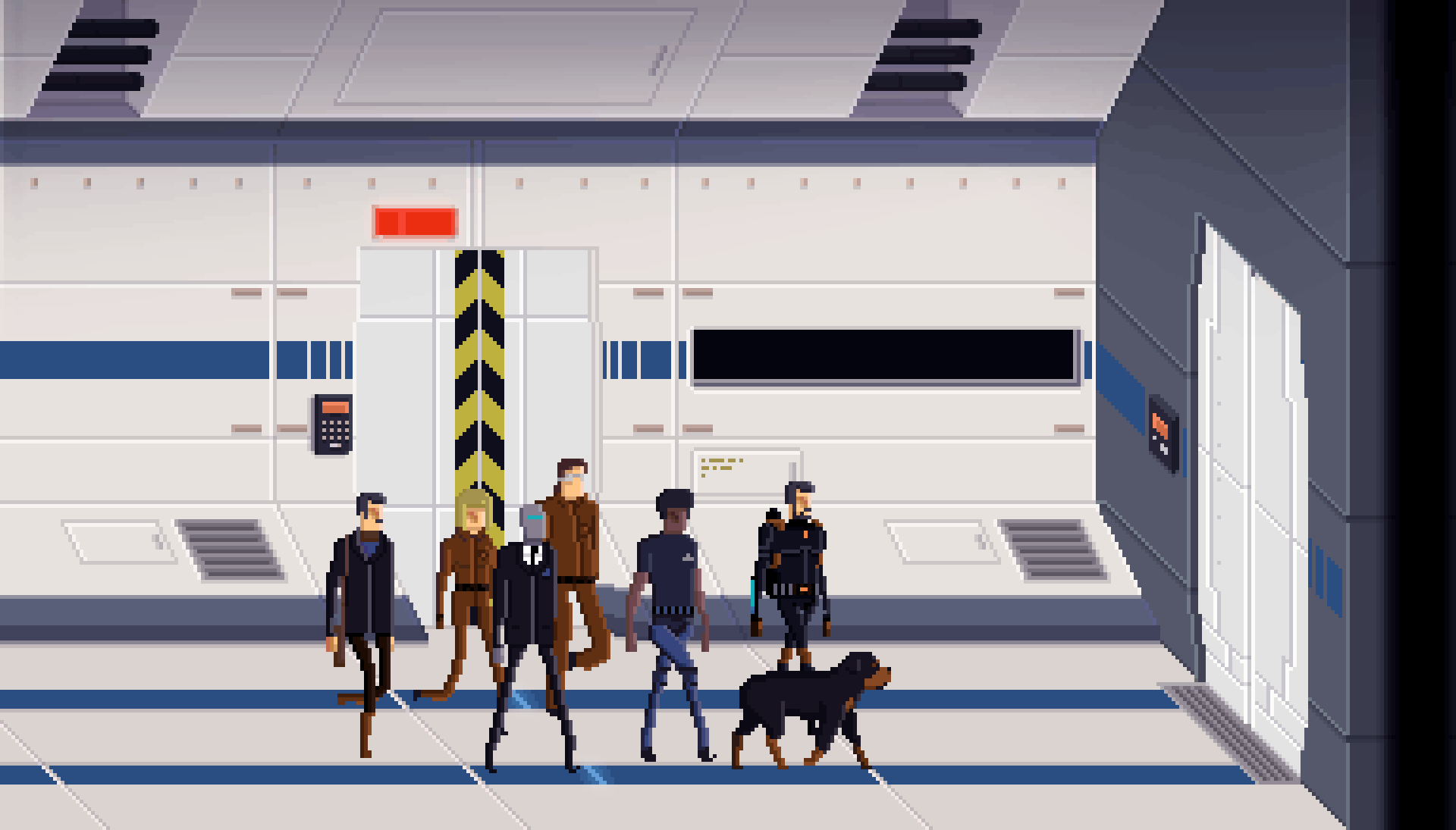 "We're not sure they are even a legitimate company."

Founded in 2009, Devolver was built around the idea of helping skilled indie developers get their creations out to a wider audience with as little hassle as possible. They'd get the help they needed to launch a game successfully, while still maintaining ownership over their creation. It's an idea that several of Devolver's founders had previously attempted as far back as 1998, with startups like Gathering of Developers and Gamecock, both of which were eventually acquired by bigger companies after failing to leave much of a mark. But the current boom in indie gaming and the advent of new distribution platforms have finally made the concept viable. "Steam has enabled everything," says Devolver's Graeme Struthers.

The idea of a publisher almost sounds antithetical to indie gaming — the reason many developers are independent in the first place is to avoid the overreaching hand that comes with working with the likes of EA or Activision. But this doesn't seem to be an issue for Devolver, which has managed to attract a solid stable of intriguing games in just a few short years of existence. Its first client was Croteam, the studio behind the insane shooter series Serious Sam. As part of an early promotion, Devolver enlisted the help of several smaller developers to craft indie games based on the Serious Sam world. 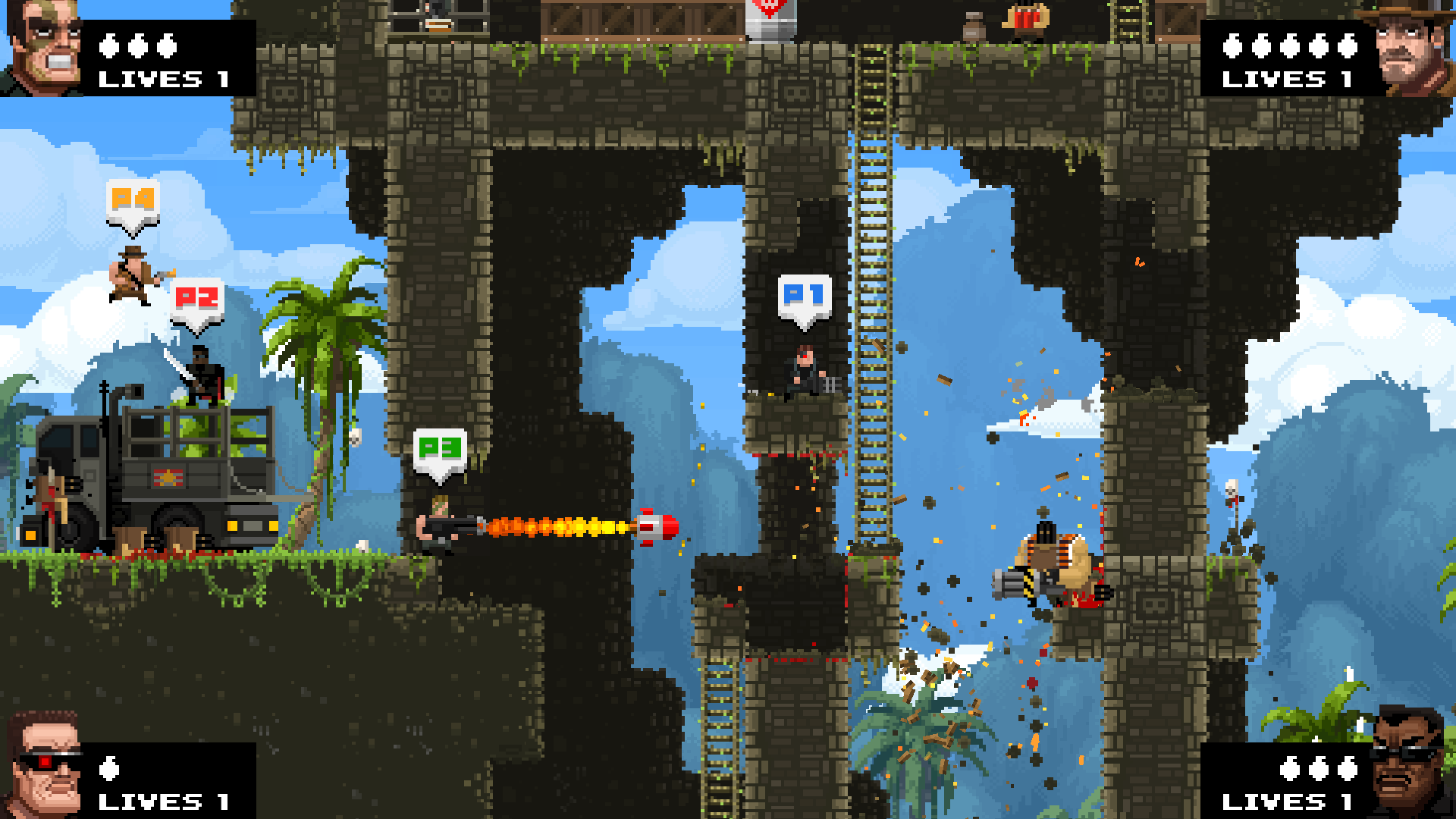 Ridiculous Fishing developer Vlambeer was among those included, and soon after the studio put Devolver in touch with Dennaton Games. The two-man team was working on a game called Hotline Miami, which Devolver went on to publish. "We haven't really had to convince people to work with us," he says. Devolver's current slate of games includes Vlambeer's aerial dogfighter Luftrausers, the sequel to Hotline Miami, and the crowdfunded Gods Will be Watching.

The scope of Devolver's involvement varies from project to project. Sometimes it's as simple as providing some early funding to help small teams get through development, other times the company assists with PR, getting games shown at festivals around the world or helping creators who aren't comfortable reaching out to media themselves. "Each of the guys we work with needs slightly different things," says Struthers. "No one wants the same thing."

What they all get, though, is an association with a burgeoning brand with its own distinct feel. Though all of Devolver's games are very different, most share similar features: they're often fast and violent with a retro style. It may not have been intentional, but the publisher has cultivated an image through the projects it takes on. It's sort of like buying a new Epitaph Records album: regardless of the band, you know you're getting some hardcore punk rock. "I like the term label," Struthers explains, "it feels more comfortable to me than publisher. It feels much more like us."

At the Valve dinner at GDC and thinking of ordering "Half-Life 3" for my entree just to see what happens.

That image is only heightened through the brand's unusual marketing. Devolver only has six employees, but none of them are front-and-center when it comes to promotions. Instead, the publisher's most public face is Fork Parker, a fictional, middle aged CFO who looks sort of like an 8-bit Colonel Sanders. He tweets about making love to his wife and exploiting indies for cash. "There needs to be more diversity of old white men in gaming," he wrote yesterday. He's a parody of an executive at a major publisher, and a surprisingly lovable character. He also helps show just how different Devolver is from titans like EA or Activision. It's a company that focuses entirely on projects it's passionate about, not what will make the most money. And aside from a recent foray into indie film distribution, it's also a company with little ambition to grow into something big.

"We've only got six friends," says Struthers. "And we've already hired ourselves."