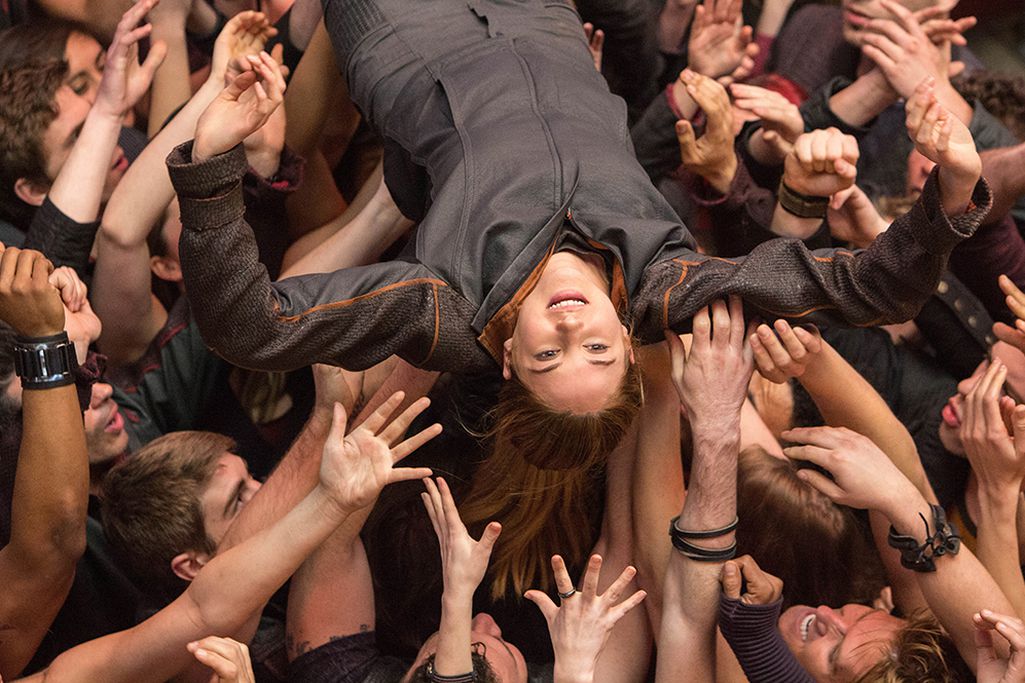 Young adult novels, and the movies they inspire, have all but taken over the notion of the futuristic sci-fi dystopia. Once the domain of Brazil and Blade Runner, the landscape has instead become home to sagas that use the background of an oppressive future to explore universal themes like the importance of individuality — with a love triangle or two thrown in for good measure. When the pieces come together just right, the result can be The Hunger Games, a series that reaches beyond younger audiences, becoming a cultural phenomenon in the process.

The latest stab at building a new YA film franchise is Divergent, based on Veronica Roth’s best-selling novel. At first glance the film checks all the right boxes, but despite some impressive visual world building and a strong lead performance it’s never able to find the groove it’s so clearly looking for. 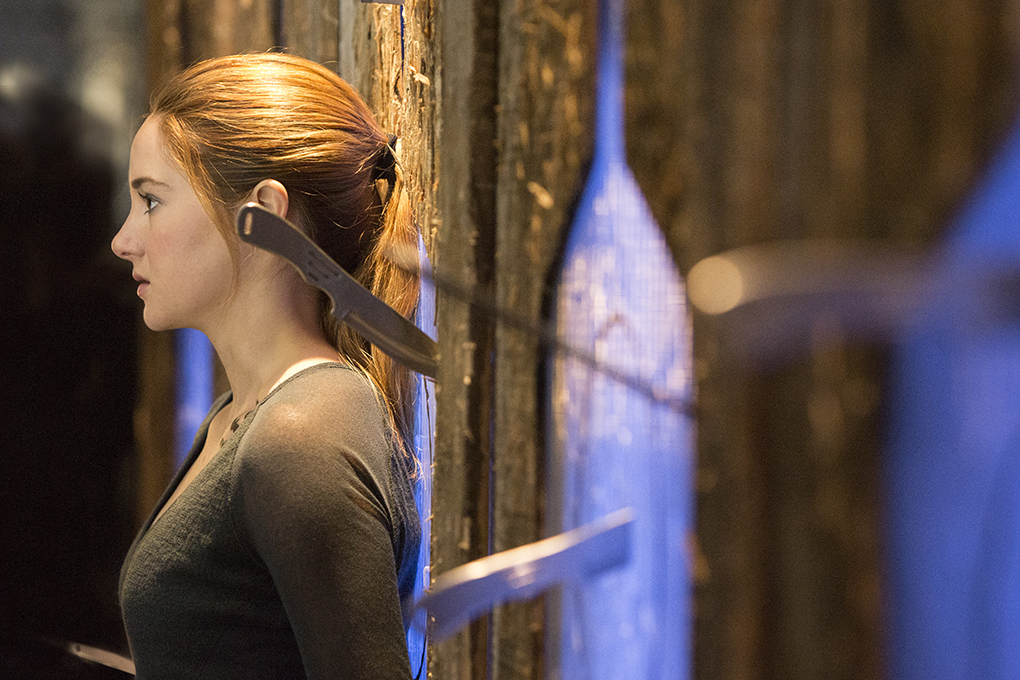 Those that don't neatly fit are an existential threat

In a vaguely defined future Chicago, society has broken itself down into five distinct factions based on personality types. When children turn 16, they take an aptitude test that tells them who they should be, and then in a formal ceremony they stand before an auditorium of friends and family and choose who they want to be. Beatrice (Shailene Woodley) is from Abnegation, a quiet, charity-minded sect, but when she takes her test, the results say she doesn’t fit into any of the ready-made categories. She’s what’s known as "divergent," and as you might expect, anybody that doesn’t slot into place is seen as an existential threat to society itself.

Renaming herself Tris, she sides with Dauntless — the group of warriors that protect Chicago. Through a series of tests and training she learns to embrace the fiercer aspects of her personality, all the while keeping her test results under cover. One of the factions has been quietly laying the groundwork for revolution, however, and Tris soon learns that the only way to save her family and the people of Chicago will be to reveal that she is divergent after all. 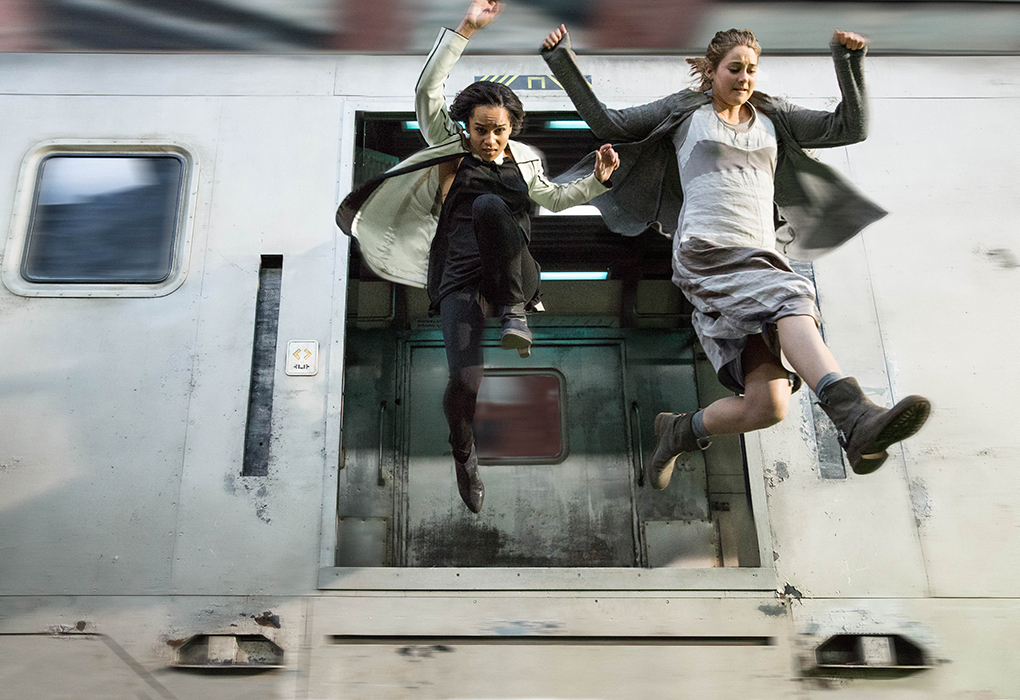 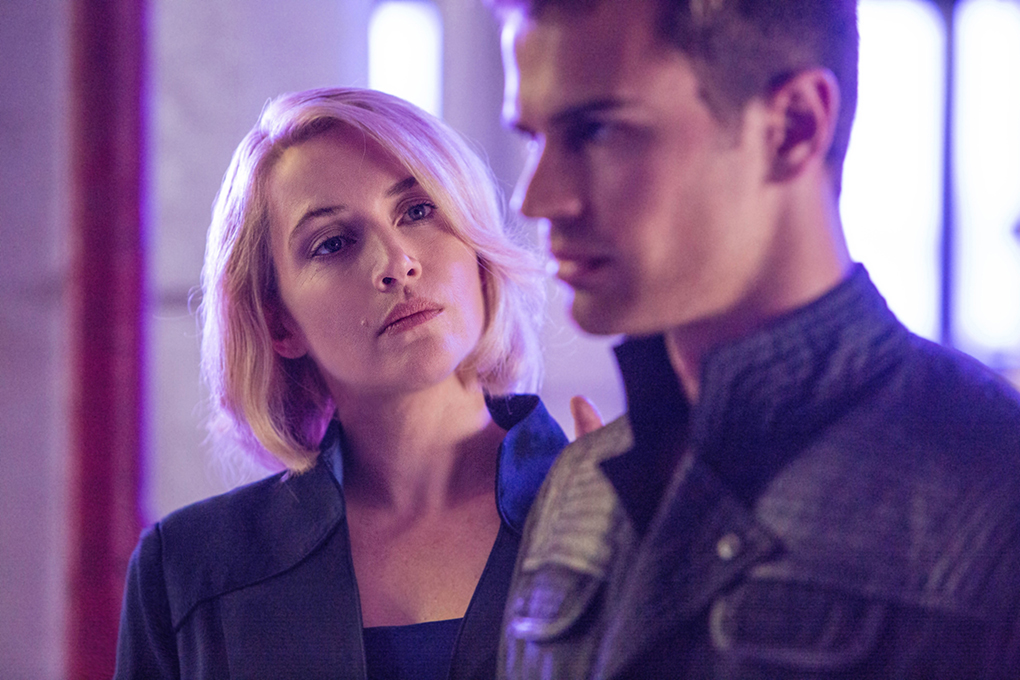 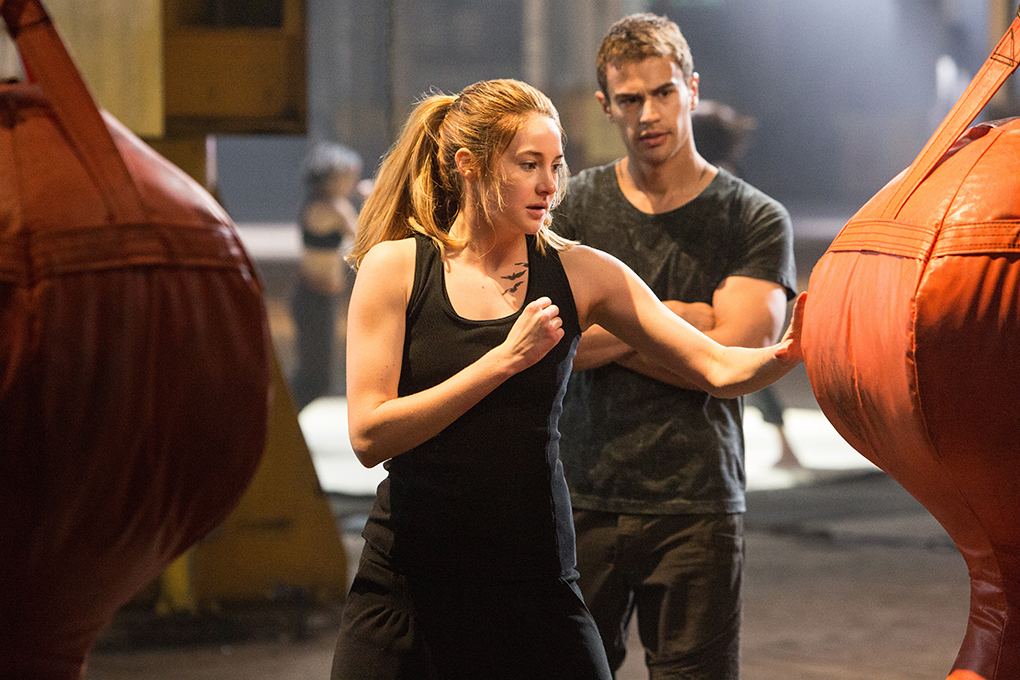 As a metaphor it’s about as subtle as an earthquake, but it works largely thanks to Woodley’s performance. The actress has been compared to Jennifer Lawrence for obvious reasons, and she’s able to pull off a similar mix of movie-star charisma and vulnerability — but Woodley’s Tris feels more like a real flesh-and-blood teenager than Katniss Everdeen ever has. Woodley gracefully navigates Tris’ transformation from supplicant to soldier, but problems arise in the plot-heavy second half of the film. While she remains the focal point, Tris is dramatically sidelined as nearly every major plot twist comes courtesy of coincidence or happy accidents. Other characters rush to tell her the latest plot detail; somebody appears from nowhere to save her in an action sequence; Tris discovers she can zip through a hallucinatory mental test just because it’s in her divergent nature. For a story that’s ostensibly about taking ownership of one’s own destiny, it’s just bizarre for a character to not have to try that hard to reach many of her goals.

The rest of the cast are given similarly difficult challenges — even Kate Winslet seems disengaged — though both Zoë Kravitz (X-Men: First Class) and Jai Courtney (A Good Day To Die Hard) are able to leave an impression as Dauntless team members. As Tris’ handler Four, Theo James serves as a passable foil for Woodley, but the movie’s awkward attempts at romance play more like parody for those that aren’t already invested in the relationship from the novel. 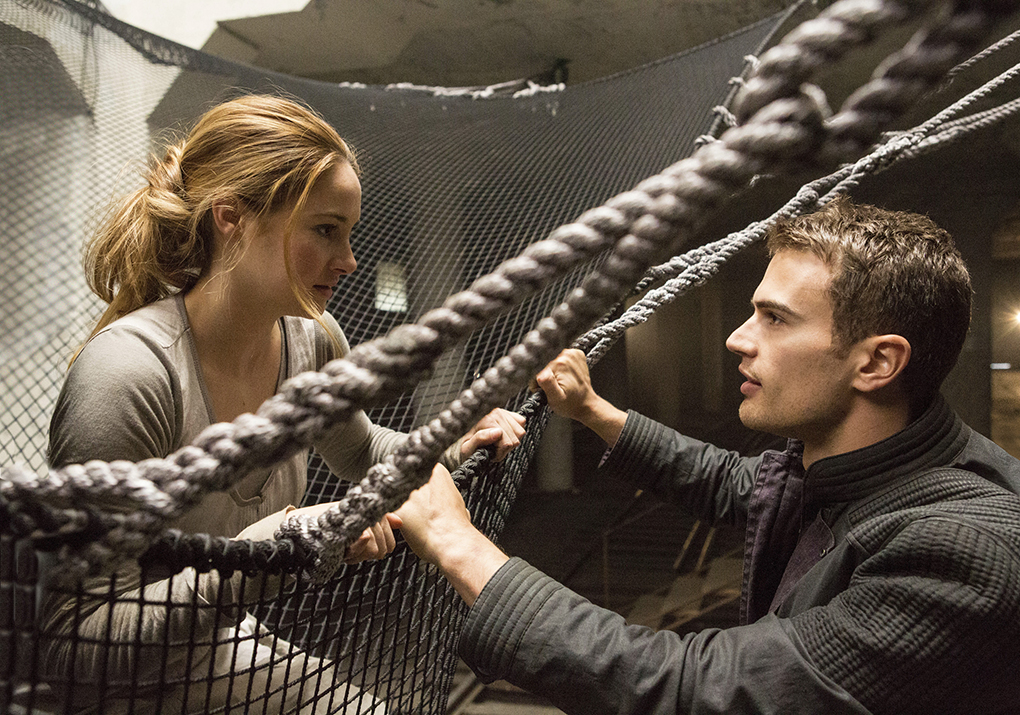 It’s the film’s biggest shortcoming: the inescapable sense that it was designed for lovers of the books rather than fresh audiences. Numerous scenes feel like they could be condensed or cut from the nearly two-and-a-half hour running time. Director Neil Burger (The Illusionist) crafts a beautiful world of sweeping futuristic buildings, but there’s no real sense of how this alternate world came to be. Class resentment is a major component of the film’s rising stakes, but as a plot device it seemingly pops up out of nowhere just as it’s needed. Granted, some of those are weaknesses in Roth’s novel, but an adaptation provides an opportunity to improve upon problems, not just repeat them.

With a passionate fan base in place, none of that will likely hurt Divergent at first, and with sequels already slated for 2015 and 2016 it seems we’ll be seeing more of Roth’s world. Of course, that was also the plan with The Mortal Instruments: City of Bones, a YA adaptation that had its sequel delayed after it failed to perform at the box office. Divergent sits in a better position, however, with a compelling hero securely in place and mistakes that can be fixed the next time around — should the filmmakers actually decide to fix them.