Stand by for plot points: 'Titanfall' doesn't need a story

Gamers love narrative, but sometimes, we just want to make it ourselves

Share All sharing options for: Stand by for plot points: 'Titanfall' doesn't need a story

The 2014 Game Developers Conference is full of people who are conspicuously not playing Titanfall. Asking about what level someone reached is a simple yet effective bonding opportunity, as is talking about how much you'll play when you get home. And yet Titanfall, released less than a week before GDC, aptly demonstrates a recurring question from the conference: how do you give gamers the story they say they want in big-name titles, while dealing with the fact that we’ll probably ignore most of it anyways?

Unlike the vast majority of first-person shooters, Titanfall does not have a single-player mode. Instead, its story campaign plays out as an episodic radio drama that airs during loading screens and multiplayer matches. There’s a scrappy militia, an evil corporation, and a strange climactic debate about the nature of human worth. I couldn’t tell you much more than that, and I’m not sure most players would do better. Most of the plot is shouted out while you’re busy watching your back or calling a Titan, and regardless of whether you win or lose, it chugs towards the same conclusion. It’s as ignorable as the character profiles and backstory you used to find in CD-ROM user manuals in the ‘90s, except that unlike a user manual, you have to play through Titanfall’s story twice in order to unlock vital equipment.

Judging by reviews and anecdotes, people generally find Titanfall’s story mode alternately boring and insufferable. It receives particular criticism because, for years, the first- and third-person shooter genres have produced some of the most lauded and popular game stories around. Franchises like Mass Effect and Halo built increasingly complex collections of lore, and if you ask for a game whose plot can rival that of a book or movie, BioShock will be high on the list. Titanfall writer Jesse Stern also worked on "No Russian," a polarizing Call of Duty: Modern Warfare 2 mission that made players unwilling participants in a mass civilian shooting to raise the emotional stakes. This history puts Titanfall in a double bind. Its focus on multiplayer gaming is fundamentally unsuited to a traditional plot line, but it’s in the sort of world where we expect one — leaving aside the fact that we’re not used to paying $60 for something with no explicit story to anchor it. At GDC, writers are figuring out how to split the difference, pinpointing the things that pull us into a game’s world and throwing out the ones that just slow us down.

To hear Microsoft user researcher Deborah Hendersen tell it, players genuinely do love game stories. We just can’t remember them, have trouble describing them, and usually never find out how they end. Hendersen spoke at GDC about user-testing game narratives: finding out whether early scripts are clear to and resonate with players. The answers, to anyone who hopes players pore over their stories, were probably disappointing. In an attempt to figure out what was important to players, Henderson interviewed hundreds of study participants about their favorite games. The participants took fewer words to describe the stories of games they liked than they did those of their favorite movies. Many could barely describe the plots at all, forgetting major beats and long middle sections. One participant, asked to talk about his favorite Call of Duty character, instead described the sort of person he liked to kill in multiplayer. 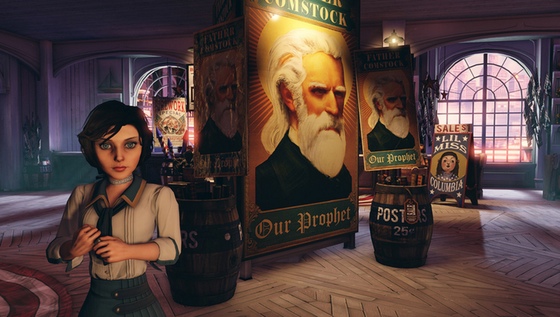 Despite this anecdote, most of Hendersen’s gamers actually did become deeply invested in at least one character, and they easily recalled overall settings. Stories mattered. But the larger plot structures were just broken. In a separate talk, Microsoft’s Richard Rouse III and Riot Games’ Tom Abernathy called for the death of the theatrical three-act structure in games, reasoning that most people end up getting lost midway through an extended Act Two. According to Steam’s achievement statistics, less than half of players completed the short and heavily story-focused Portal. Slightly over half of the people who started BioShock Infinite, whose surreal twist ending threw the events of the entire game into question, reached that twist. How much does a third act matter, Rouse asked, "if the fact of the matter is the majority of your players will never see it?" The ideal model might echo episodic television, which would make BioShock Infinite’s twist more like that of Lost than The Sixth Sense.

First- and third-person shooters, meanwhile, are increasingly sharing space with narrative-focused indie projects that feel like shooters but reject their core mechanics. Over the past several years, designers have taken the world-building tools of games like Half-Life 2, thrown out the guns, and played up the exploratory aspects. You’re still moving around in a 3D world, but you’re looking for diary entries instead of ammo. The critical acclaim these have received has kicked off a minor culture war. The derisive term "walking simulator" was coined to describe the meditative, nontraditional Dear Esther, and when Steam started allowing user-generated tags, a band of rogues systematically added "not a game" to it and similar titles.

On the other side, there’s a growing backlash against the idea that shooters make good story games. Former BioShock 2 designer Steve Gaynor kicked off a postmortem of his decidedly nonviolent Gone Home by showing a video parody called "Gun Home," gently mocking the arbiters of real game-ness. In turn, Thomas Grip — whose studio Frictional produced survival horror game Amnesia — largely dismissed the bloody BioShock at GDC’s narrative summit. "You mostly shoot stuff in that game, and it doesn't have that much narrative sense." Though he’s perhaps at the far end of the spectrum, Grip thinks hard games rarely tell good stories — every major impediment to progress, he says, pulls you out of the narrative.

"You mostly shoot stuff in that game, and it doesn't have that much narrative sense."

When you’re focused on difficult, competitive, multiplayer gameplay, does it make sense to spend resources on a mandated plot? In a larger talk about storytelling, Crytek designer Fasih Sayin raised the idea of single-player campaigns as simply training wheels for multiplayer. He quotes a friend: "I stopped playing when I started headshotting everyone." Long before Titanfall’s release, people were wondering whether Call of Duty should even bother with its elaborate single-player sections, when multiplayer accounts for much of its tremendous popularity. Counter-Strike, initially based on Half-Life, puts people into terrorist and counterterrorist factions and leaves it at that. Team Fortress 2 essentially brought back the user manual to tell its story: it turned its character classes into funny, compelling individuals by profiling them in a series of YouTube videos. You’re never forced to watch them, but you can enjoy them even if you’ve never played the game.

This kind of fiction, in a broad sense, is vital to something like Titanfall. You’re not just boasting about a win, you’re talking about how you called a giant robot from the sky and punched your foes to death. Without the bombastic premise and environment, you’ve got nothing. But a traditional plot is doomed to fail, and it shouldn’t be necessary to make Titanfall succeed. Games can help players spin tales — DayZ has spawned endless diaries, and EVE Online war stories can literally fill books. They can give you characters that you’ll fight alongside and grow attached to, or bosses who kill you so many times that you develop a personal vendetta. When you and 11 other people are actively making your own narrative with every deathmatch, though, prewritten character banter is just so much distracting noise.

Need motivation to shoot someone in Titanfall? Designers have given you the pieces: the sinister name of your opposition, the grand ruined landscapes or cramped apartment blocks, the radio dispatches that let you know if your team is winning or losing. The story builds itself from there. Want more? We should put it all in the manual.