Twitter experimenting with showing how many people saw your tweets

How many people saw your last tweet? A new Twitter experiment is answering that question for some users, adding the number of views a tweet has received underneath every post. Twitter's advertising products have long informed clients how many impressions their campaigns are receiving, but this test marks the first time that those statistics are available to everyday users.

Here's how the views look on Twitter's iOS client: 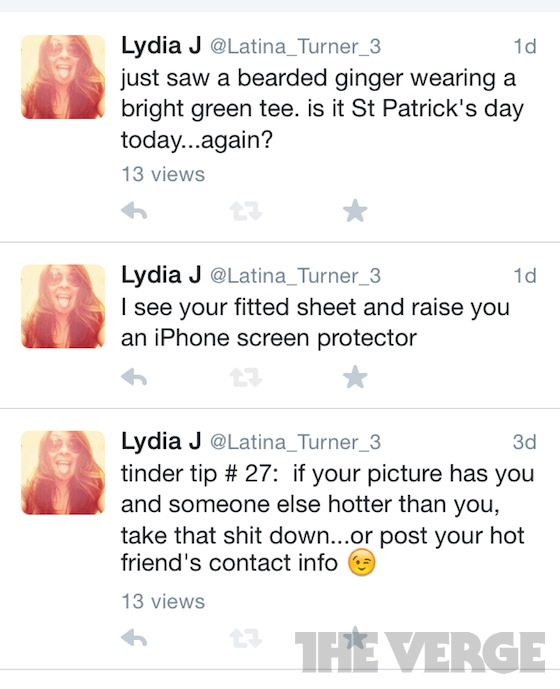 Like many experiments in Twitter's continuous redesign, showing users what amount to pageviews is likely an effort to encourage people to tweet more. For users with a modest number of followers, tweeting can sometimes feel like shouting into a void. That's why Twitter started letting you know when someone favorites something you retweeted, or a tweet you were mentioned in — those moves help to build a feedback loop that still doesn't feel quite complete. A view count lets you know that even if you're not receiving retweets or favorites, your posts aren't going totally unread.

Of course, showing you how many views a tweet got could have the opposite effect. If you have 1,000 followers and only 20 of them saw a given post, you may feel less encouraged to keep tweeting than you would have otherwise. If this experiment doesn't roll out to the entire user base, that's a likely reason why.

Twitter declined to comment. But Verge tipster Lydia J., for one, said she finds the view count off-putting. "That just gives me anxiety now," she says. (Disclosure: Lydia is a friend.) "Like, 'Oh, well that tweet sucked. It got zero views. I'm just going to step into traffic."