Marvel today announced that it plans on bringing all the versions of Spider-Man that ever existed together in a mega-event series that sounds almost too crazy to be true. Spider-Verse, penned by popular writer Dan Slott, will pit Peter Parkers from throughout history, all his allies that ever donned a Spider costume, and even his counterparts from across the Marvel multiverse against a single enemy that's out to absorb their power for some unknown end. "The scope of this event is so big, the word 'epic' just doesn't do it justice," Spider-Man editor Nick Lowe said in a press release.

Details are currently thin — Slott could only tell The Verge that it's "SUPER-Crazy!" — but, judging from the image released with the announcement, the classic Amazing incarnation (who will make his return next month after the end of Superior Spider-Man) will take the fore. Everyone else, including the popular Miles Morales and even the more obscure Amazing Bag-Man, is in attendance. The series officially launches this November. 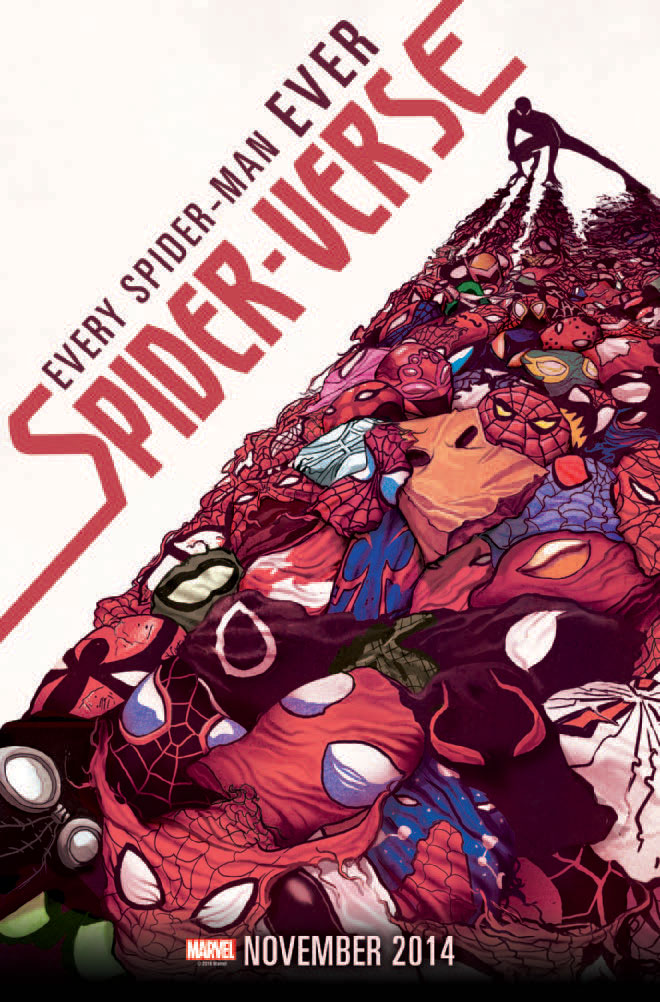