There's the official Monopoly rules, and then there's the way you play the game — and everyone does it just a little bit different. Now Hasbro is hoping to tap into that rich world of user-created rules with an upcoming "house rules" edition of the board game. And in order to crowdsource those ideas, it's turning to Facebook.

"The official Monopoly rules will not change."

For each of the next 10 days, the Monopoply Facebook page will feature a different house rule, and fans can vote for whether or not it should be included in the game. These include things like freezing your assets so that you don't earn rent money while in jail, or forcing players to go around the board once before they can actually start buying property. In addition to the upcoming special edition, the new rules will also be featured in the main Monopoly game guide starting next year, though of course they'll be entirely optional. "The official Monopoly rules will not change," the company says.

This isn't the first time Hasbro has turned to Facebook for ideas: the company let Scrabble players vote on a new official word, while an overwhelming number of Facebook users decided that a cat would make the best new Monopoly token. The "house rules" edition of Monopoly is expected to hit retail stores this fall. 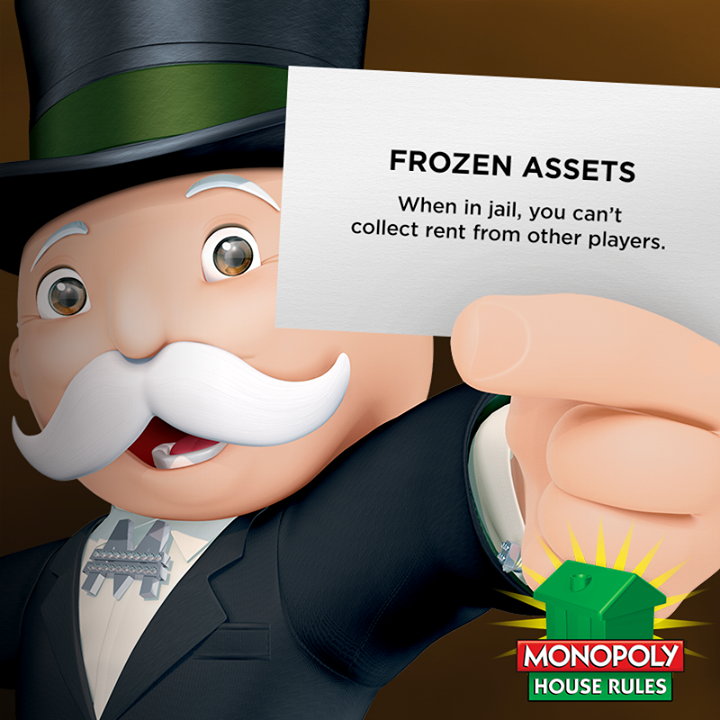