Q: Why did Facebook buy Oculus VR? A: To own the internet

You blink and open your eyes to a fantastic new sun above your head. You're lying in a field of tall grass, but in the distance you hear sounds of machinery. The city. As you lay there, a blimp begins to float into view, its bulbous shape painted in the striking cherry red and stark white ripple of the Coca-Cola logo. "Go Offworld with Coca-Cola today!" bellows a voice from a loudspeaker high above your head. "The adventure of a lifetime awaits... and all you have to do is say yes!" Offworld huh? You haven't been off of Planet Facebook yet — that could be fun. You raise your hand to the sky, pointing a clenched fist towards the blimp above. You extend your thumb upward, offering your endorsement of Coca-Cola. A simple thumbs-up. A like. Sound and light surges around you as your body is levitated, up, up, up into the sky, into space, across a light field of stars, planets, and massive ships. You speed towards a blue, mysterious planet full of secrets, adventure, the unknown. Adventure awaits... and my god you're beginning to feel thirsty. Coke is it.

In the meatspace, a QuenchTube pipes in fresh Coke through a small nipple in your mouth. Yeah, that's better.

Welcome to the internet. Facebook's internet.

Everyone will be asking the same question today: why did Facebook buy Oculus VR, makers of a groundbreaking virtual reality headset called the Oculus Rift? The answer, however, is really quite simple. In fact, company founder and CEO Mark Zuckerberg said clearly what this purchase means for Facebook. "We ... want to start focusing on building the next major computing platform that will come after mobile," he told listeners on a conference call. "History suggests that there will be more platforms to come and that whoever builds and defines these will not only shape all the experiences that our industry builds, but also benefit financially and strategically."

What he means is that right now, mobile is the internet, or the next internet at least. Maybe it's not all the way there, but your kids will never know the desktop and "web pages" the way you do now. They will only know how to interact and communicate through discrete applications in the palm of their hand. Snapchat, Instagram, Hangouts. They will only know social games played across oceans, like Words With Friends. And they will never, or rarely, go back to a "computer" or a "browser" to learn, work, or socialize. But Facebook hasn't been able to own that particular space — in fact, it's fighting for just a little corner of it right now. Fighting so hard that it's spinning up its own collection of tiny apps like Paper, Messenger, and Poke (okay, maybe not Poke). It had to buy Instagram and WhatsApp to stay relevant there. Facebook doesn't own mobile — it actually barely even exists in it.

But Facebook's ambition isn't to have a corner somewhere. Its ambition isn't to be an app in a grid on your home screen. For tens of millions of people, sharing photos, communicating with your friends and family, and learning about the world around you already happens through the portal of Facebook, but just a handful isn't enough. Facebook wants to be the internet — hell, in some ways Facebook needs to be the internet — and I don't believe it will settle for anything less. 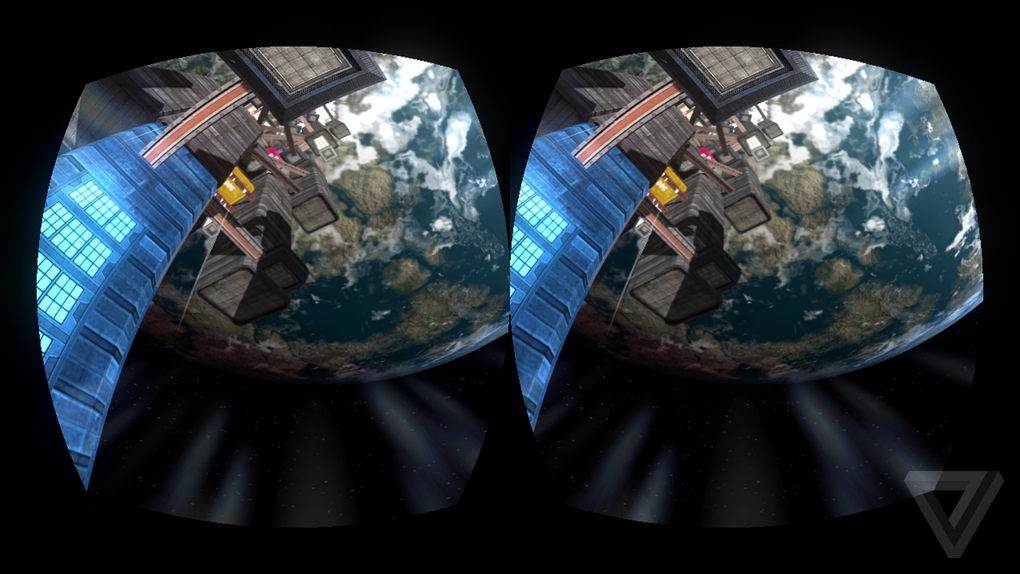 Your All Stars touch down on the dark blue planet — an environment that appears to be teeming with life, both native and exotic. All around you, green and blue foliage sways in a strong breeze. The light of this planet's sun begins to dip behind the tree line, burning orange and purple on the horizon. A Taco Bell logo dots the yellow sphere, reminding you to try the new Doritos Locos Taco 6, with six times the sizzle. Somewhere nearby, you hear music. You like the beat —a strong four-four with an undulating series of power chords atop. It sounds like something your parents used to listen to, one of the classics like Katy Perry. A Spotify logo materializes in your HUD displaying the track name and artist. Good thing you connected your account. Suddenly your Facesuit vibrates across the shoulders — a message is incoming.

"Hey man, you're on the blue planet too!?" It's your cousin Charlie on a VidMessage. "Meet me at the club just a few clicks from your location — Places bro — and we'll go on some adventures." His head disappears and is replaced with an offer for directions to Gatecrasher Blue, which is in walking distance. You thumbs up the logo and head off in the direction of the sound, assisted by the turn-by-turn.

Your QuenchTube switches over to Ciroc vodka, and you start to feel a buzz. Here comes the night. 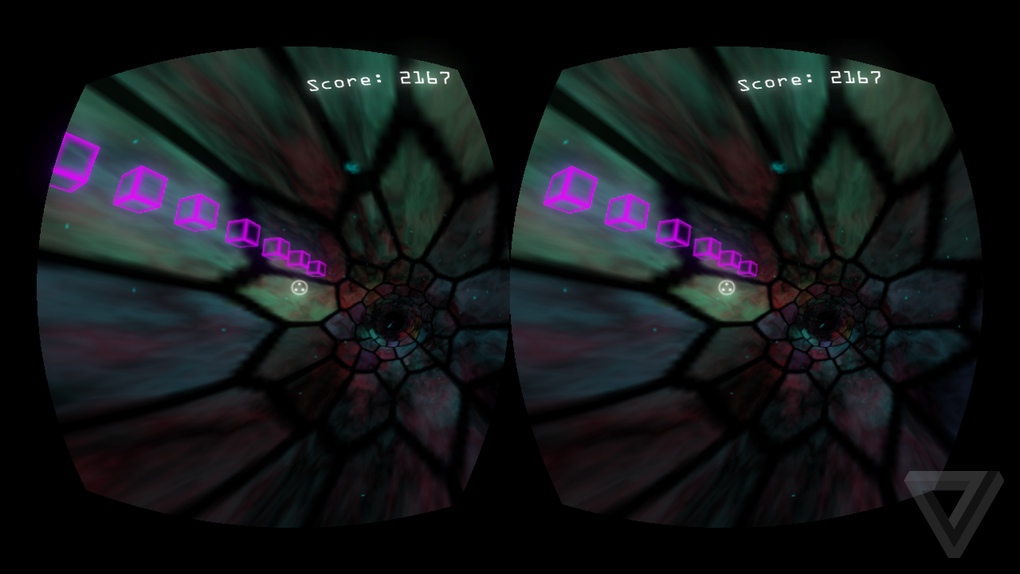 The purchase of Oculus may seem like a company hedging its bets, but Chris Dixon at Andreessen Horowitz (a major investor in the startup) explained it quite well. "The way to understand this purchase is to think of Google buying Android in 2005. That confused a lot of people at the time. Facebook believes that virtual reality will become the next major platform, the same way mobile computing did, and they want to make sure they have a big stake in that."

This wouldn't be the first time Facebook has made a play to become the internet — just think about its many privacy encroachments, search initiatives, and attacks on competing companies — but it is the first time that Facebook could legitimately own the window into the next phase of connectivity. And you can be sure that Mark Zuckerberg doesn't want to own that window so you can look out onto other people's property — he wants you looking at his property.

"Today's acquisition is a long-term bet on the future of computing."

"Today's acquisition is a long-term bet on the future of computing. I believe Oculus can be one of the platforms of the future," Zuckerberg said. But Facebook is a business, and so Oculus must fit into its business plan. And of course it does. "We now have Oculus joining us, which long-term can be one of the next important computing platforms. And of course we will continue to focus on our extremely important work of building out our advertising platform as well, as part of this."

"Imagine enjoying a court-side seat at a game, studying in a classroom of students and teachers all over the world, consulting a doctor face-to-face, or even shopping in a virtual store where you can explore the products you're interested in... just by putting on goggles in your own home."

Just like the future envisioned in some of our best science fiction, the things to come are fantastic and exciting, but often tinged with darkness. The most breathtaking vistas can hide something terrifying — something inhuman. The wedding of Oculus VR — a company with a literally boundless vision of things to come — to an entity like Facebook gives us a taste of both, perhaps in equal measure. It's true that no company other than Facebook could connect us together the way that we have been connected in the past decade, but it's also true that no company could taint that experience in quite the same way. As a service, Facebook is inspiring, as a platform, Facebook is scary.

That company now controls one of the most exciting technologies of the past 50 years. A truly revolutionary product that has reignited a dream many felt was all but dead and gone. What it will do with that technology is the only question that remains. I submit that history is an excellent teacher.

So learn your lessons well. 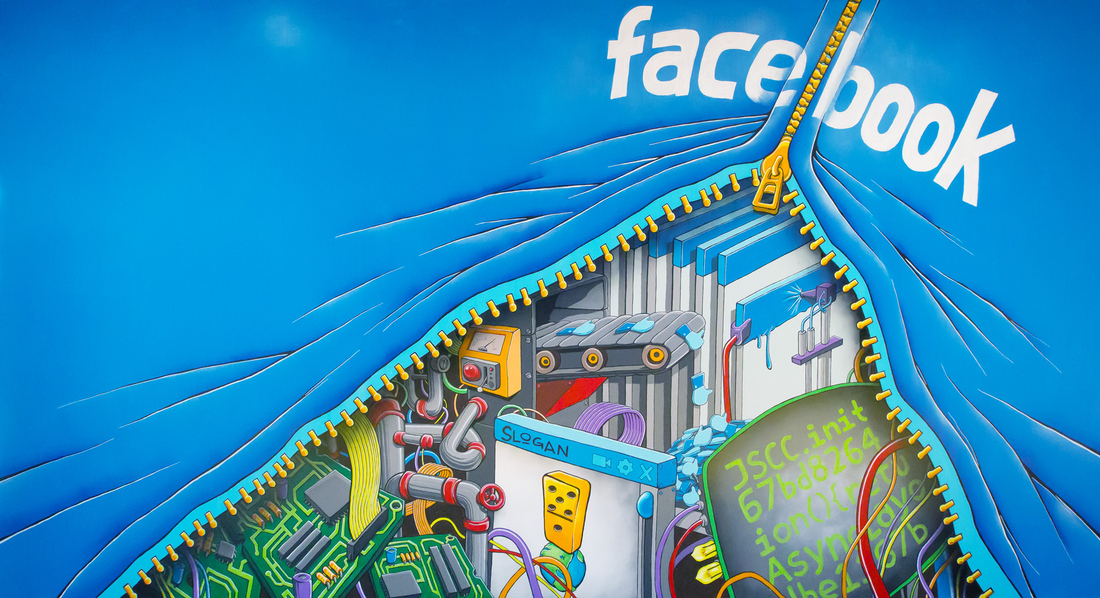 Exhausted and elated, you punch your Extractor switch and a Honda transport drone silently scoops you up for the journey back to Planet Facebook. As you see the blue planet shrink in the distance, you pull up your RealTime Player to revisit the night. You click play.

You blink and open your eyes to a fantastic new sun above your head. You're lying in a field of tall grass, but in the distance you hear sounds of machinery. The city. As you lay there, a blimp begins to float into view, its bulbous shape painted in the striking cherry red and stark white ripple of the Coca-Cola logo. "Go Offworld with Coca-Cola today!" bellows a voice from a loudspeaker high above your head. "The adventure of a lifetime awaits... and all you have to do is say yes!"