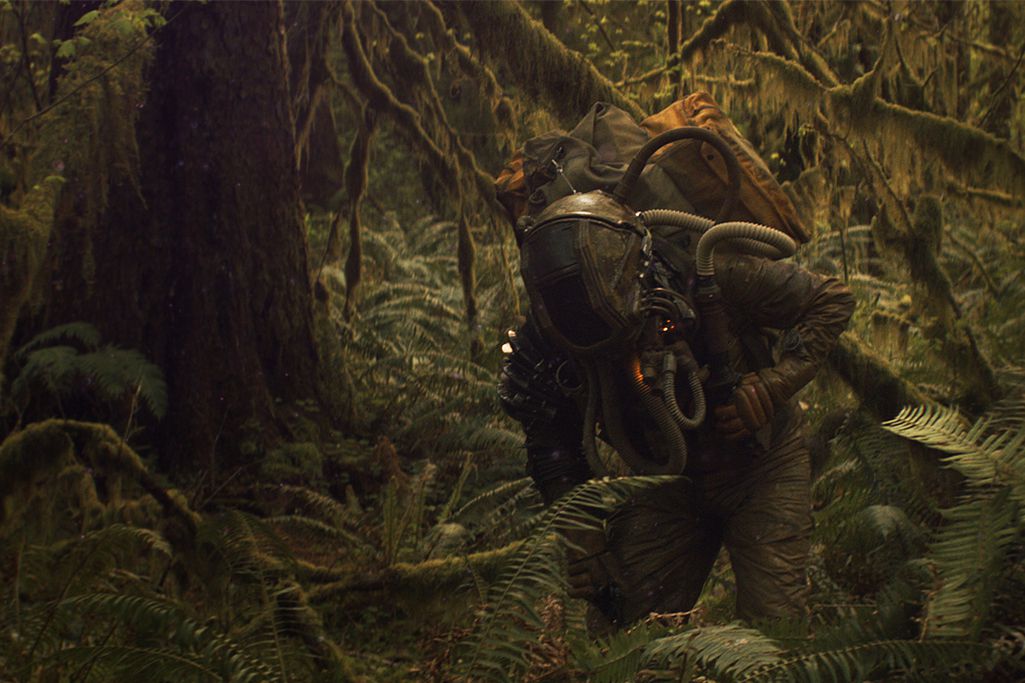 Cheaper and more powerful computers are letting young filmmakers explore digital effects in ways they never could before. However, for many of those inspired by the genre classics of the 1970s and ‘80s, there’s often nothing better than the on-set, practical side of filmmaking — where a beautifully designed costume or make-up effect can have more of a visceral impact than a CG creation ever could.

That was the impetus behind Prospect, the latest short film from the directing duo of Zeek Earl and Chris Caldwell. The tale of a young girl and her explorer father — and the threat they face on an alien world — garnered attention earlier this year thanks to its moody trailer, and now you can watch the finished film below. Gripping and atmospheric, it’s an example of how ingenuity and a do-it-yourself mentality remain the most essential tools in any filmmaker’s arsenal, no matter how much technology is available.

"I would say the primary source of inspiration for the story was the location," Caldwell says. The Seattle-based filmmakers knew of Washington’s Olympic Peninsula, home to several rainforests. With its heavy greenery and misty atmosphere, the Hoh Rainforest in particular stood out as the perfect double for a far-away world. "From that sprouted a design philosophy around a more gritty, naturalistic type of sci-fi that we wanted to come out of it."

The duo had taken advantage of the local landscape with their previous short In the Pines, an impressionistic film that followed a young woman haunted by an alien abduction. Prospect had bigger ambitions, however, so they turned to Kickstarter. Their campaign bested its $20,000 goal, but with their focus on practical effects and custom-built props and costumes they had to stretch the budget as far as they could. "It was really tight," Earl stresses.

With the rainforest standing in for alien terrain, costuming became one of the essential ways of establishing the film’s universe. The goal was to create a future world that had peaked, and was slowly slipping into decline. Earl and Caldwell collected images of 1960s spacesuit designs as visual references, and then production designers Nicholas van Strander and Matt Acosta went to work. The suit helmets were high-altitude test pilot helmets purchased through eBay, with the breathing mechanisms and other costume elements created just for the production. 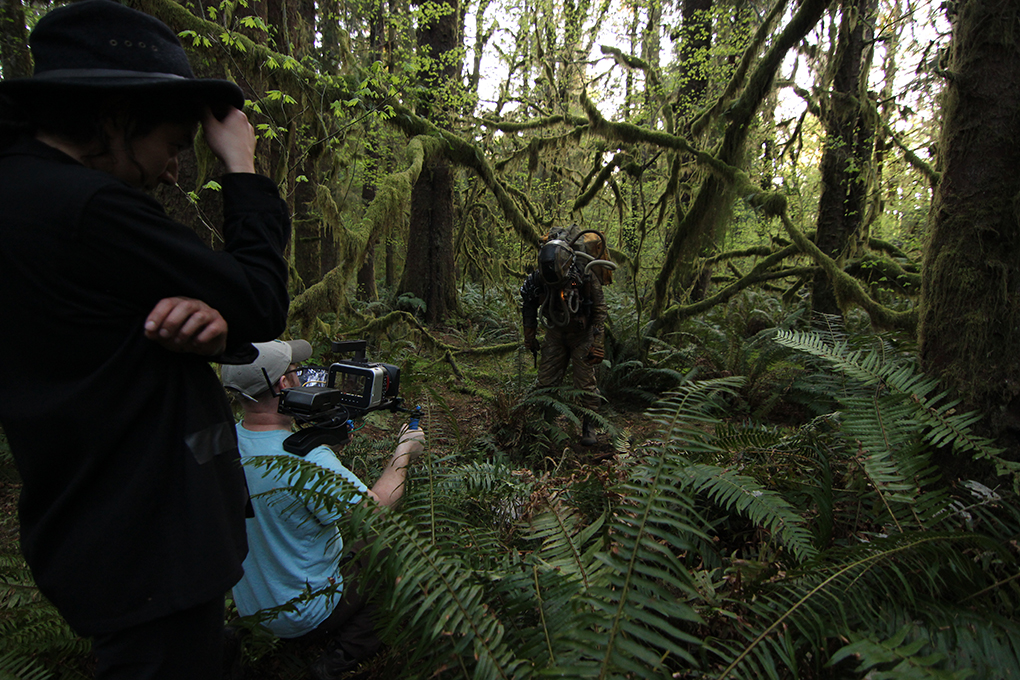 To echo the look of some of science fiction’s greatest films, Earl and Caldwell also made another important visual decision: Prospect had to be shot in anamorphic widescreen. Audiences may not be familiar with the term, but they certainly know the look. Anamorphic films use a special type of lens that squeezes a very wide image — typically with an aspect ratio of 2.40:1 — onto a much narrower frame of film (or digital sensor). Those lenses introduce their own set of visual artifacts, including the purple-tinted horizontal lens flare that J.J. Abrams has grown so fond of, and the result is a wider, more cinematic frame that evokes everything from Alien and Close Encounters of the Third Kind to the original X-Men.

The Blackmagic Cinema Camera used for Prospect utilizes the typical HD aspect ratio of 16:9, however, so pulling off the look required some jury-rigging. "We played around with a lot of things, but we eventually stumbled upon an anamorphic adapter that was for a digital camcorder in the early 2000s," Earl says. Pairing the adapter with a set of standard lenses — and a series of adapters, tape, and velcro — allowed them to hack together a setup that achieved the look they were going for. "It worked awesome for us, but it made me a nervous wreck the whole time," Earl laughs. "You’d bump something, and have to spend 10 minutes figuring out what went wrong."

While there are some visual effects, like the alien planet’s toxic dust — regular dust that Earl shot in his basement and layered into the finished film — the overall story behind Prospect is one of old-fashioned filmmaking. Yet it’s modern advances that have allowed that luxury on such a small budget. "We are completely a product of where camera technology is," Earl explains. "We were able to start a production company right out of college because we were able to afford a Canon 7D." Most of the duo’s commercial work has come from people seeing their work on Vimeo and reaching out, and many of the crew members on Prospect itself were first-timers who discovered the project on Kickstarter. "We built this community totally online."

Earl and Caldwell are currently working on a feature adaptation of In the Pines, and while that film did the festival rounds the duo doesn’t plan to take Prospect out beyond its recent debut at SXSW. "We’re not really worried about going to any other festivals," Earl says. "We’re going straight online, because that’s where things happen now."