Round two: Apple and Samsung suit up for another billion dollar patent war

The follow-up to 2012’s 'patent trial of the century' is still a nasty, bitter fight between tech giants

Share All sharing options for: Round two: Apple and Samsung suit up for another billion dollar patent war

On a warm summer’s afternoon two years ago, a group of jurors secretly exited a San Jose courthouse, avoiding a swarm of reporters and news cameras. They had just reached a verdict on what was dubbed by some as “the patent trial of the century,” a fight between Apple and Samsung that was ultimately over the idea of originality.

After a three week-long trial that included more than 50 hours of testimony and arguments from both sides, Apple handily beat Samsung, convincing the jurors that Samsung not only copied its technology, but also made billions in the process. Yet, the aftermath of it all didn’t live up to the dramatic ruling.

Apple was awarded just over $1 billion in damages, though that figure was later cut down to $939.8 million after the judge pointed out errors in the way the jury did its math. Those damages were retried, and came in lower than the original figure, though the entire amount has since been appealed, and Samsung hasn’t paid a penny. Alongside that, Apple and Samsung failed to win bans against one another’s products in the US, making the first trial seem like nothing more than a legal spectacle.

But in the midst of all that was a very real threat: another lawsuit, one that targeted more successful devices from both companies, and used easy-to-understand patents covering basic software features. Apple filed it against Samsung in February 2012, targeting 17 devices. Samsung responded in kind, and this week the pair go head to head once again; the outcome could be very different. Here’s what to expect over the next weeks and months as these two titans clash again in California’s courts. 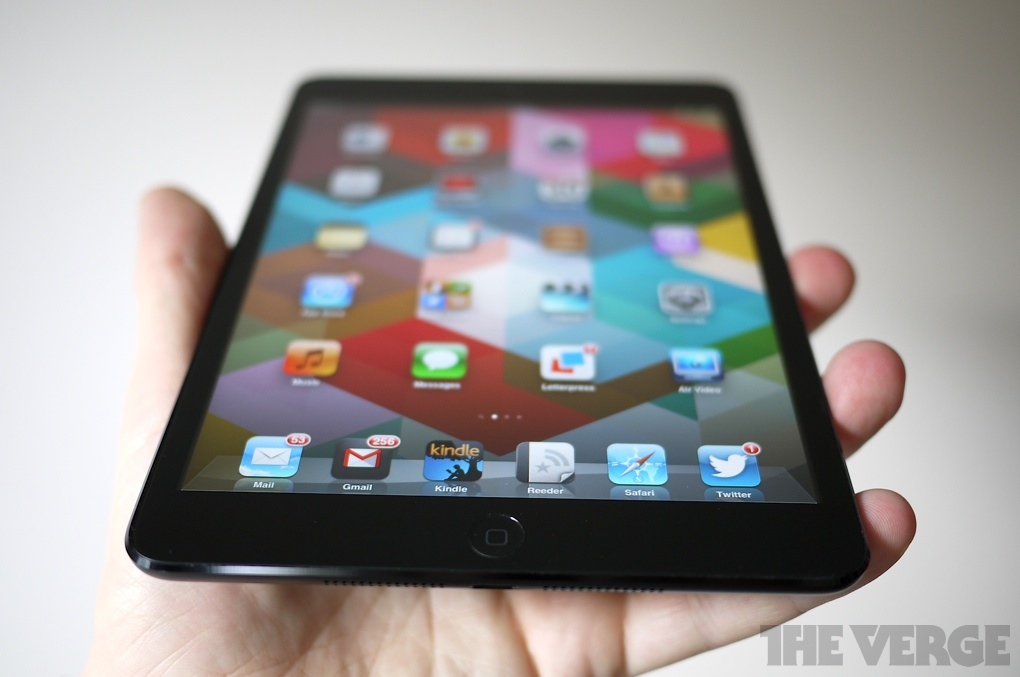 If it ain’t broke, don’t fix it. That seems to be Apple’s motto going into the second trial. Apple is once again pointing to the first iPhone as a game-changer for the world of portable devices, and painting Samsung as a copycat. Just like last time, that involves comparing Samsung’s features to Apple’s, as well as digging up Samsung’s internal documents that spell out the need to emulate Apple.

All but one of the Samsung products Apple is targeting are phones. Most of these devices have been retired or are close to it, like the Galaxy S3, which was the hot new product during the first trial and has since been replaced by the S4 and S5.

Apple’s main pitch to the jury will continue to be that it took an enormous risk with the first iPhone, and did something that had never been done before. Moreover, Apple will make the case that its inventions came years before the first iPhone went on the market. Timing — the idea of who came up with something first — is a critical part of both that offense and defense, and ultimately what patent cases rely on. But it also helps Apple play to the jury’s emotional side by arguing that it had everything to lose if the iPhone had been a dud.

Many of the documents from both sides are sealed going into the trial, meaning we won’t know the specifics until the case gets underway. However, sources familiar with Apple’s legal offense say its filings will describe how Samsung wanted to emulate specific features from the iPhone after the device was already out in public view.

Apple did the same thing in the 2012 trial, publishing internal, executive level conversations from Samsung about a "crisis of design" for the company’s own products. Apple also brought out an internal Samsung product roadmap mentioning future products that could go head to head with expected devices from Apple, dubbed a "Beat Apple strategy." Those documents proved highly successful the last time around, with the jury foreman calling them "damning" to Samsung in interviews following the trial.

US Patent 5,946,647 — Also known as the "quick links" patent, this analyzes text for things like emails and phone numbers and gives you contextual options when you tap them.

US Patent 6,847,959 — Universal search, a patent covering search on the device and the internet at the same time.

US Patent 7,761,414 — Covers data syncing, particularly data that’s being synced while the user is doing something else.

US Patent 8,046,721 — The slide-to-unlock patent gives access to the device when a user swipes their finger across the screen.

Unlike the last trial, which involved design patents and legal rights about the look and feel of the devices, both sides are targeting easy-to-understand software features. Apple’s using five claims, one from each of five different patents, all of which it says were developed while inventing the first iPhone. (The original complaint included three additional patents, which were later dropped.)

Of that bunch, the ‘647 patent covering quick links is one of the most notable. Apple successfully used it in legal battles against HTC, forcing the company to create its own workaround before the two settled in 2012. It was also used once again in a spat between Apple and Motorola, a case that was dismissed but could end up in front of the Supreme Court.

If Apple had its way the first time around, Samsung would have been on the hook for $2.525 billion and been unable to sell any of its devices in the US. Instead, the final damages number ended up being less than half that, and the company failed to get any sort of permanent bans on Samsung products. This time around, Apple’s asking for damages between $33 and $40 per device, for what could be tens of millions of Samsung devices.That puts the total damages amount around $2 billion, which would still be less than the target number from the first trial. 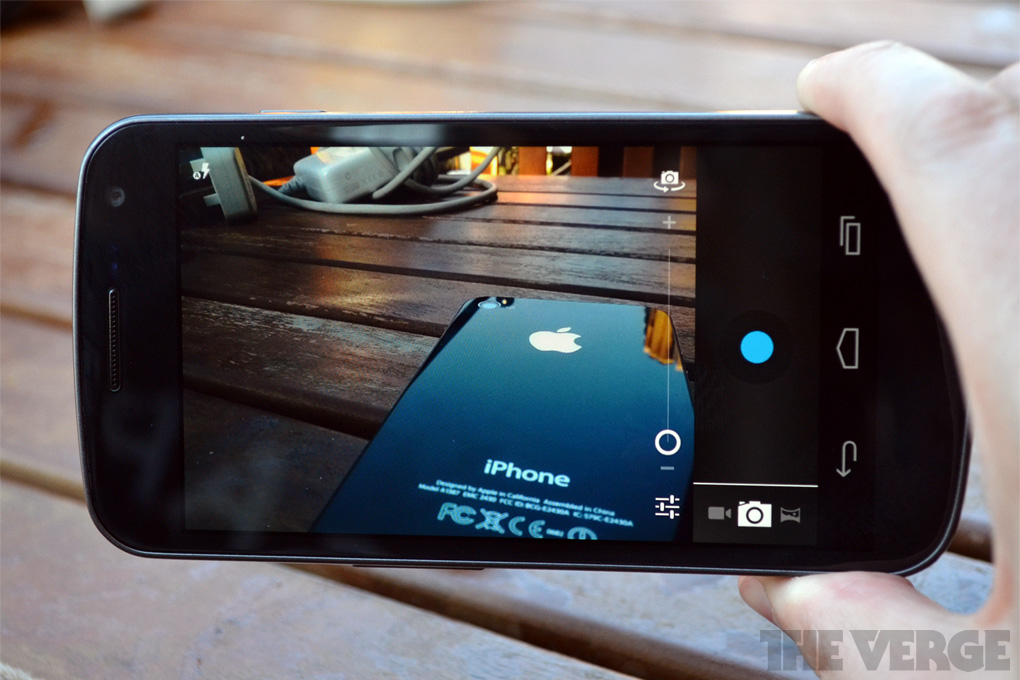 In the first trial, Samsung played up its innocence by suggesting Apple was a bully, one that was unwilling to license its patents, and instead sought to stifle competition. Moreover, Samsung said any similarities its phones and tablets had with Apple’s products was the standard operating procedure in the electronics industry, something called "benchmarking." The jury didn’t buy that, but Samsung’s still arguing those two points.

When this lawsuit was originally filed, some of these products were not even released, but a lot changes in two years. The final tally of products includes a mix of old and new, though more than half of these are no longer sold by Apple directly.

What’s new is the addition of Google, which Samsung says independently developed many of the software features Apple has accused it of copying. These are Android features on trial, not just the look and feel of Samsung’s devices and software. That’s a big difference from the first trial, where Google’s Android was the elephant in the room.

Now, several Googlers, including senior vice president Andy Rubin, Hiroshi Lockheimer (VP of Android engineering), and Kenzo Fong Hing (head of Android marketing) could be called up to the witness stand to explain how those features were created. Despite that, Google is not directly involved in the case as a defendant alongside Samsung, and Apple is referring to Google simply as a vendor. Making matters more interesting this time is the recently formed alliance between Google and Samsung, which signed a broad cross-licensing agreement for one another’s patents in January.

Samsung’s also arguing against the amount of money Apple wants in damages. This isn’t a surprise given what Apple’s asking, which ranges between $33 to $40 per device, for features covered in those five patents. Samsung will once again try to paint the picture that a smartphone is made up of thousands of features, and hundreds of thousands of patents, and that the patents Apple is using do not make up core features.

"Apple is not asserting patents that make the phone transmit data, or make phone calls, or access the internet — they’re stylistic glosses on top of the underlying technology," says Brian J. Love, an assistant professor at the Santa Clara University School of Law. "I think it’s hard to make the argument that those patents are worth hundreds of thousands of times their value."

Samsung plans to back up that idea by highlighting inconsistencies with Apple’s own licensing-fee structures, specifically in the legal battle the iPhone-maker had with Motorola two years ago. In a January hearing about the case, Samsung noted that Apple was asking for 60 cents a device for the quick-links patent, whereas in this one it’s asking for $12.49 a device.

US Patent 6,226,449 — Covers camera and folder organization; basically the "gallery" feature you’d find on your phone or tablet.

US Patent 5,579,239 — Video-transmission function and compression. Samsung is using this to target Apple’s FaceTime.

Samsung is only using two of its patents in this case, but is wielding them against every Apple device running iOS between 2010 and the end of 2012. The two patents cover a photo-gallery feature and video compression technology. (There were originally two other patents at play covering standard essential wireless data transfers, but those were dropped from the case earlier this month.)

Apple plans to attack Samsung over the two patents, saying the South Korean company didn’t even own them until the first lawsuit was filed, and instead shopped for them to go on the offensive. That includes the gallery patent that was formerly owned by Hitachi, and the video transmission patent, which was created by a group of inventors from Oklahoma in 1994.

In the first trial, Samsung asked the jury to award it $421.8 million in damages. This time it’s asking for a little more than $6.9 million ($6,780,329 for the ‘239 patent and $158,400 for the ‘449 patent), according to court documents seen by The Verge. Additionally, if the jury agrees that those Apple devices were infringing, Samsung could seek sales bans. 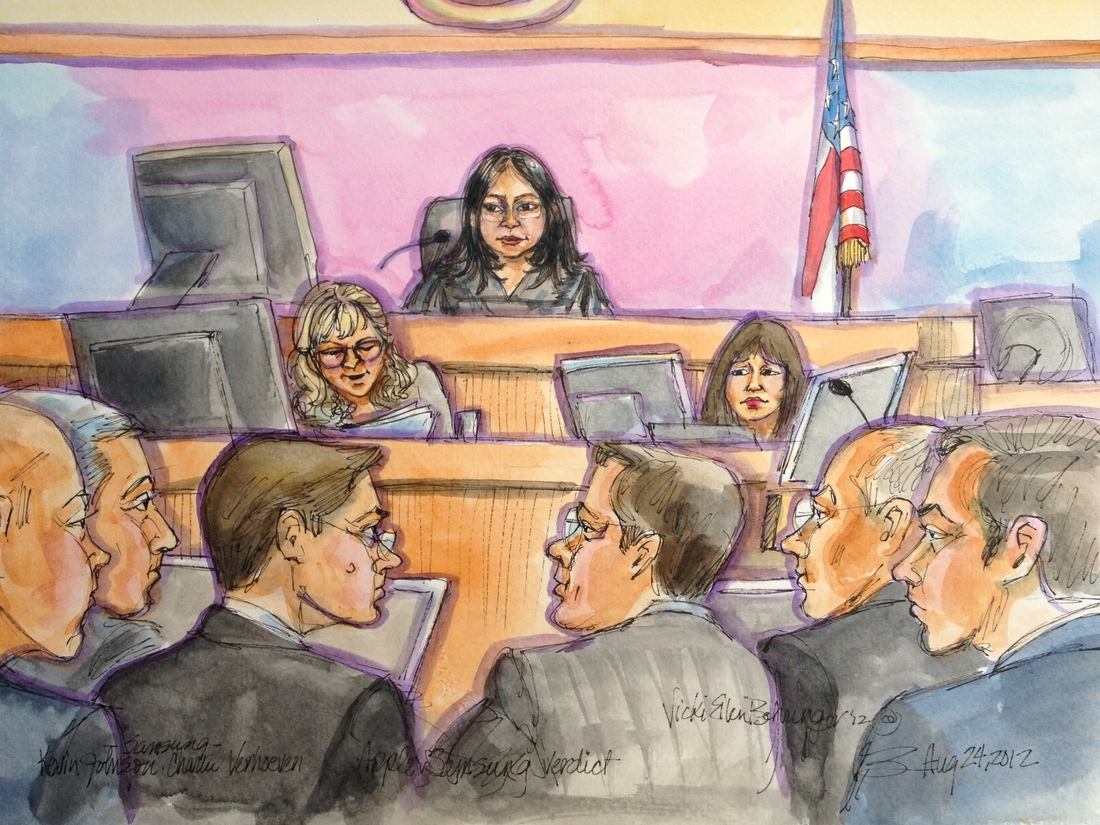 What to expect in court

It’s hard not to view this as one big replay of the first trial, and one that’s less groundbreaking. Both sides are making nearly identical arguments; just about the only thing that’s changed are the patents and some of the products.

This case, like the first, continues to be a perfect example of the legal system being slower than the speed at which technology products like smartphones and tablets are moving. As a result, even if there are bans, many of these products are no longer on sale, putting more of the focus on the theoretical lost profits and royalty rates that could have come out of these deals.

Even with seemingly massive dollar figures at stake on both sides, the true nature of the case has been the rivalry between these two companies. It’s been a place for Apple to use Samsung as an example in order to strike fear into the hearts of competitors. Likewise, Samsung’s used its enormous size, market share, and breadth of products to take those threats head on, pushing back and trying to make Apple look like a follower of other companies that were making phones long before it. The jury didn’t buy that in 2012, but now that Android is more directly in Apple's crosshairs, maybe Google will help Samsung get the jury to think different this time around.