Share All sharing options for: Typography on England's World Cup uniform is steeped in Depeche Mode

Neville Brody has created a new typeface for England's official World Cup kit. The celebrated graphic designer and typographer crafted the type from scratch, focusing on "the intersection between flair and workman-like reliability." The typeface mirrors the redesigned ensemble as a whole. The new kit, which was produced by Nike, aims to honor the England kits of old while presenting something fresh and modern. Brody toyed with the pinstripe that runs through the shirts to create a stenciled look that he believes emphasizes "the idea of innovation, invention, and surprise, built around a more geometric structure." 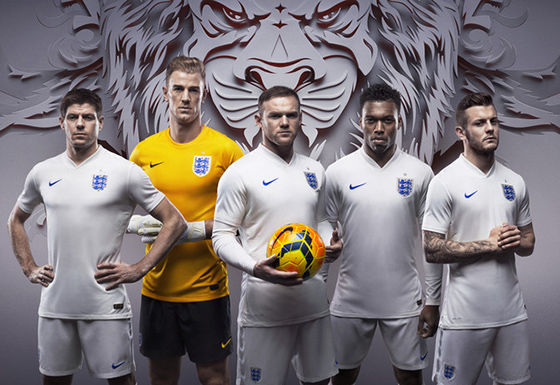 Brody has been at the forefront of both graphic design and typography for decades. He designed record covers for bands such as Depeche Mode, was an early formative voice behind the highly influential music and culture magazine The Face, and co-founded Fontworks, a type consultancy that opened the world's first online store for typography. His design agency, Research Studios, redefined the BBC's online identity, and has also worked with brands like Samsung and Supreme.