Scientists have taken their first look into the previously unexplored New Hebrides deep-sea trench in the Pacific Ocean. At the bottom of the trench — a depth of more than 23,000 feet (7,000 meters) — they found a surprising group of creatures unlike those found in other deep trenches around the world.

The expedition was carried out by the University of Aberdeen's Oceanlab team in association with New Zealand's National Institute of Water and Atmospheric Research. An unmanned lander fitted with cameras descended into the trench between the islands of New Caledonia and Vanuatu off Australia's eastern coast. 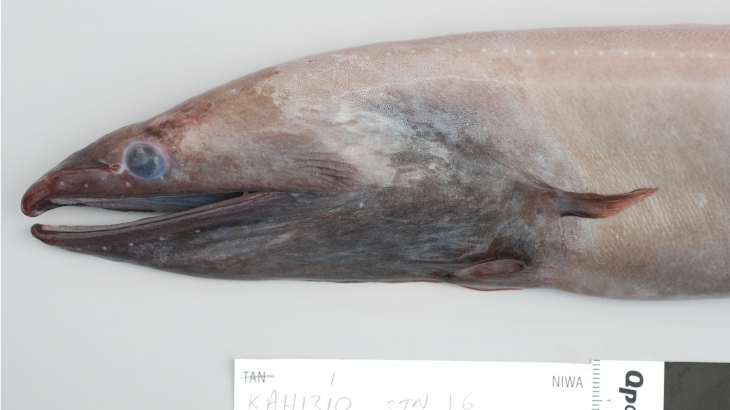 Dr. Alan Jamieson, who worked on the University's Oceanlab team, described the unexpected findings. "The surprising thing was that there was a complete and utter lack of one of the most common deep sea fish we would expect to see. Anywhere else around the Pacific Rim, around the trenches we've looked at, you see a lot of grenadiers — they are quite a conspicuous part of the deep-sea community. But when we went to the New Hebrides trench, we didn't see a single one." Also missing were snail fish, small, pink creatures with large heads, often found in deep-sea trenches.

Scientists were surprised by the abundance of Cusk-eels

Instead, the expedition found an ecosystem built around other animals. Large red shrimp scuttled across the trench's floor, joined by eel pouts, arrow-tooth eels and "thousands of smaller crustaceans," some of which the lander was able to collect and bring to the surface. The expedition also found a surprising abundance of Cusk-eels. Jamieson says the eels have appeared in other deep-sea trenches across the world, but in "very, very low numbers." In the New Hebrides trench, Jamieson says the eels were common. 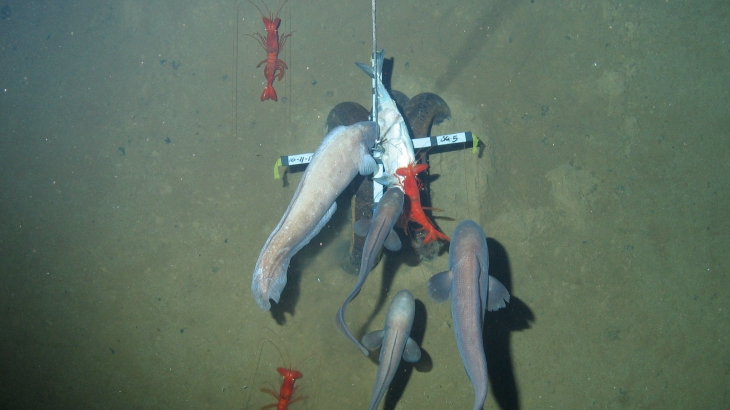 The difference in ecosystem, Jamieson and the scientists believe, is due to the "very unproductive" water above the trench. Without sufficient nutrients in the shallower sea off the coast of New Caledonia, fish that rely upon higher food quantities — such as the grenadiers the scientists expected to find — are unable to survive. Cusk-eels, on the other hand, are specialists in very low food areas. Jamieson says that each deep-sea trench is such a strange environment that scientists can't set solid expectations for what kind of creatures they'll discover. "We're starting to find out that what happens at one trench doesn't necessarily represent what happens in all the trenches."