MazaCoin could be what the Lakota people need to boost them out of longstanding poverty, but is it legal?

The programmer and Native American activist Payu Harris raised a gavel Monday night and vigorously banged the bell to open trading at The Bitcoin Center, a meeting space for virtual currency geeks that looks like an empty art gallery in the middle of New York’s Financial District.

Harris was there to promote MazaCoin, a cousin of Bitcoin that is now the official currency of the seven bands that make up the Lakota nation. After an hour of questions, Harris thanked the small crowd and was promptly accosted by a tall man and a woman in red who wanted to buy some MazaCoin, which Harris was selling for 10 cents apiece. The two trailed him around the room as he hunted for a printer so he could issue the digital currency on paper. MazaCoin is a month-old cryptocurrency based on the same proof-of-work algorithm as Bitcoin, the virtual currency that approximates cash on the internet — but no one in the room was equipped to make a digital trade.

There have been a slew of copycats since the rise of Bitcoin in 2009. The first wave attempted to improve on the basic Bitcoin protocol. The second wave, which includes the meme-based Dogecoin and the Icelandic Auroracoin, are catering to specific groups.

Since the rise of Bitcoin, there have been a slew of copycats

MazaCoin was developed by an anonymous cryptographer who had built a new implementation of the Bitcoin protocol and was looking for a good cause to associate it with, Harris says. Anyone can buy or sell the currency, but the Lakota are keeping half of it in reserve in order to prevent the wild speculation that has caused Bitcoin such price volatility. Harris has also had inquiries from other tribes that want to use the currency or start their own.

Currencies knit communities together. Having one’s own currency is empowering; the Latvian 5-lat coin, nicknamed "Milda" for the woman in traditional clothing depicted on it, became a symbol of Latvian independence during the Soviet occupation. A dedicated currency also boosts economic activity within a community, the impetus behind the (questionably legal) hyperlocal currency movement that has produced alternative monies such as BerkShares, IthacaHours, and the Brooklyn Torch.

Tribes using MazaCoin automatically make it easier to spend money at the local reservation general store than changing it into dollars to spend at Walmart, for example. But perhaps more than that, it will give the Lakota people a sense of unity and independence. "Our tribe has an idea of what sovereignty is, but not at a level like the Ukrainians," Harris says, referring to the fierce battle for democracy taking place there. "There is no sense of national identity."

"We're on sovereign soil so we have the right to have Bitcoin, Litecoin, MazaCoin."

That fragmentation contributes to the tribes’ crippling dependency on the US government. Half the tribal members on Harris’s reservation, the Oglala Lakota Pine Ridge Indian Reservation in South Dakota, live in poverty. It’s a problem that afflicts tribes across the country as Native Americans have grown dependent on federal welfare after being ghettoized on reservations.

Roughly $220 million flows through the reservation every year, through the Prairie Wind casino and other venues, according to Harris. But he estimates less than $45 million of that stays in the local economy. With MazaCoin, he hopes to stop that money from flowing back to Rapid City and out of the state. "We’re building a new economic foundation for the reservation," he says.

The US Treasury Department has indicated that Bitcoin is legal but carries certain bookkeeping requirements related to money transmission. At the same time, some politicians are calling for a ban on the currency. Harris is hoping to avoid all that with MazaCoin. Federal laws granting Native Americans special legal status provide an argument for a currency totally independent of the US dollar. Native American sovereignty is legally defined over a patchwork of treaties, laws, and precedent. "We're on sovereign soil so we have the right to have Bitcoin, Litecoin, MazaCoin," Harris says.

But Chase Iron Eyes, South Dakota legal counsel for the Lakota, believes the federal government will push back if MazaCoin succeeds. "There hasn’t been a tribal nation that has declared its own currency and has mandated that that currency is used within its borders," Iron Eyes says. "But it’s because of this pervasive, ever-present asserted dominion of the United States. They’ll try to shut us down, try to cite us with law violations." 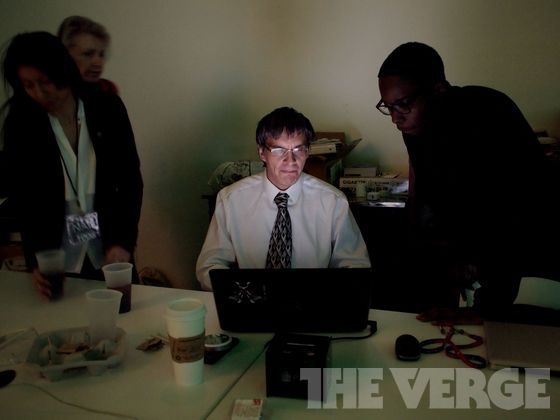 While the leadership of the Lakota nation has signed off on adopting MazaCoin as a national currency, there is resistance within the ranks. Digital currencies are not always an easy sell, especially to older generations who are not accustomed to using apps constantly throughout the day. A further complication is that not all tribal members have internet access or smartphones, which means Harris has to develop a paper wallet system where members’ MazaCoins are held in cold storage at a central location like a bank. In theory members can walk into the bank, get their MazaCoins in a paper wallet that can be processed by reservation businesses, then return the balance to digital storage at the bank before driving home.

There is also a fear of letting go of the US dollar, which holds the implicit threat of letting go of the federal subsidies denominated in it. Iron Eyes believes the legal battle and the public perception battle are worth fighting. "We’ve gone through 100 years of imposed poverty. That’s the fight we’re having," he says. "What we’re trying to do with MazaCoin is just spark something to get us out of this cycle of victimhood."