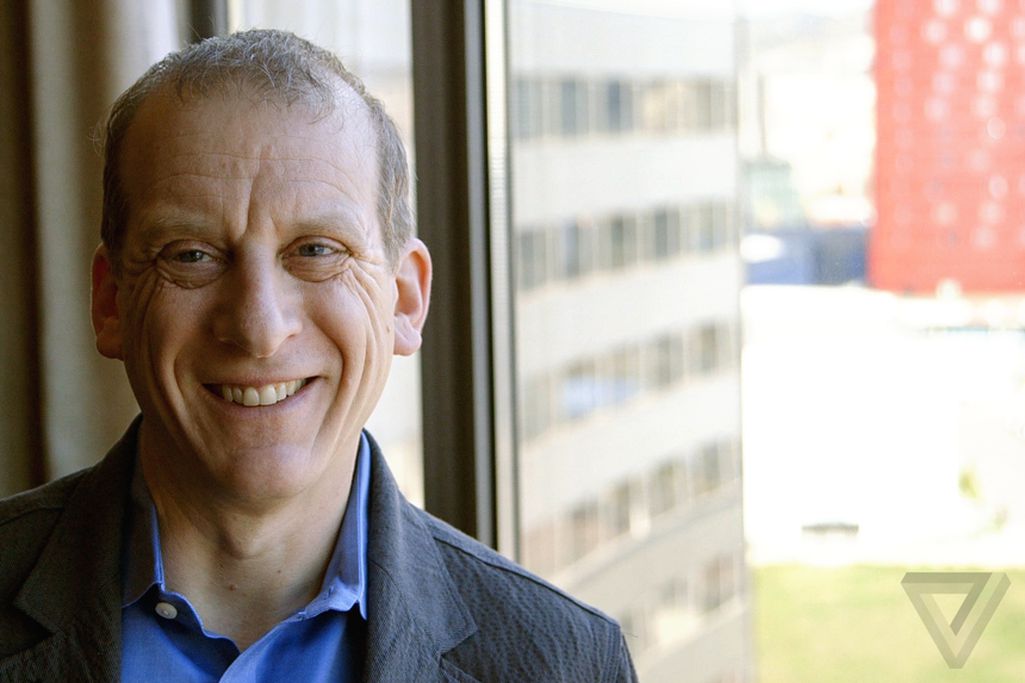 Rich Miner strolls the halls of Mobile World Congress in Barcelona, pausing every few minutes to check out the latest gadgets on display. As one of the co-founders of Android, he is walking through a world that has been all but conquered by the operating system he helped create. Now, as a general partner at Google Ventures, he’s tasked with finding and investing the search giant’s billions in the next big thing.

When most people think about Android and its origins, they think of Andy Rubin — but he didn't do it all on his own. Miner, a seasoned entrepreneur with a doctorate in computer science, was Rubin’s co-founder, and he played a crucial role in getting Android the traction it needed in the early days.

Miner stops by Nokia's booth to play with one of its new Android devices, the first smartphones from the humbled Finnish titan to use Google's operating system. “The biggest shift in the show has been to more of a focus on the consumer,” says Miner, who came to Barcelona for the first time in the late 1990s. Nowadays, it's all about “hitting the show floor and seeing what the latest gadgets are and then using that to sort of infer trends.” As he sits in a swing checking out the device, a costumed zombie wanders over. Miner doesn't miss a beat.

Miner cut his teeth in the world of mobile as a vice president at European carrier Orange, which bought Wildfire, a voice-based personal assistant (think Siri without a graphical user interface) that he co-founded in the mid-1990s. He also was a key part of Orange's venture efforts before leaving the company for Android. (Orange was an initial investor in Danger, Inc., the Rubin-founded company behind the Sidekick line of devices.)

In 2005 Google acquired Android. Miner joined the search giant and four years later he became a General Partner at Google Ventures, the company’s investment arm. Miner now spends his days crisscrossing the globe, meeting with startups, helping founders to make important hires, closing key deals, and writing the checks that get companies from an idea on a napkin to their first working prototype. "Finding really bright people that we can help out is what we do," he notes.

"Finding really bright people that we can help out is what we do."

While it has only been in existence for five years, Google Ventures has risen to become one of Silicon Valley’s more prominent and active investors, putting money into over 225 companies across a variety of categories to date — including massive rounds for Uber and Nest. According to data gathered by CB Insights, Google Ventures is far and away the largest corporate investment group, completing six times as many deals as its nearest rivals, Intel and Qualcomm.

Miner is an important partner in a number of Google Ventures' investment categories, including companies involved with enterprise services and commerce technologies. But he's at Mobile World Congress for a reason: mobile is his forte, and he's one of the key decision makers for Google Ventures when it comes to the apps and services that will power this next generation of personal computing. He’s soft-spoken but witty and insightful; as we patrol the floor, he quickly finds what’s interesting (or not) about whatever he’s looking at.

And of course, at heart, he’s still a smartphone fanboy with plenty of strong opinions. "I don’t know why a carrier is going to want this," says Miner, turning Nokia’s new Android-powered X over in his palm. "I’m just tickled to see a Nokia with Android." Miner understands the nuances of the mobile gadget world, a trait which lets him offer his startups sage advice.

"I'm just tickled to see a nokia with android."

"So I guarantee you when the Samsung [Galaxy S5] comes out there’s gonna be some app somewhere that starts to have some problem because of some new feature capability," Miner tells the CEO of Crittercism, a Google Ventures-backed company with a booth at MWC. "If you’re running Crittercism, you’ll hear about it from the analytics they give you before customers start calling and complaining about it. And then you can get a quick patch out and hear about it from customers and respond to it quickly." 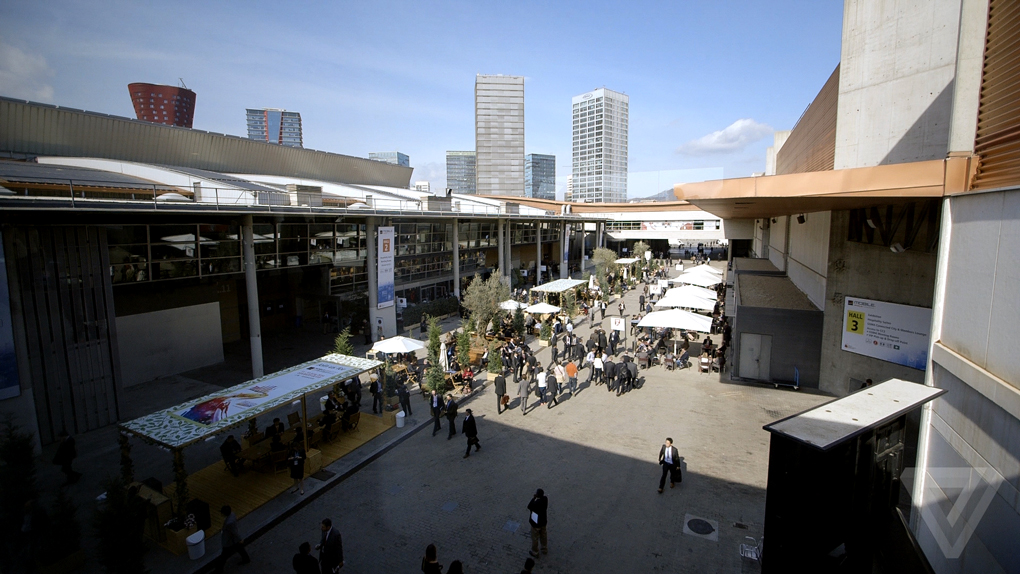 Dispensing this kind of help to startups is the rule, not the exception. CEOs of Google Ventures-backed companies have told The Verge that the firm typically has more hands-on involvement with its investments than other firms. It provides a variety of services from design consulting to management and marketing training that many other VC companies don't offer. Companies in the portfolio also have close access to Google engineers and processes around managing products and setting goals. The firm straddles the line between a full-on incubator and a traditional venture-capitalist fundraiser — it's a bit like boot camp for startups, but in a Google-y way. Arguably, these perks are almost as important as the funding itself: when Rich Miner is your lead investor, you're bound to get insights into the mobile industry — and the future of Android — that other competitors might not be privy to.

Speaking with The Verge, Miner notes that the sheer density and size of the show — the GSMA estimates that over 85,000 attendees traipsed the floors of Barcelona's Fire Gran Via convention center this year — makes it much easier to spot the trends happening in mobile. Visiting booths and getting first-person experience with the newly-announced products is a lot of what Miner does here in order to get a sense of upcoming shifts in the space. 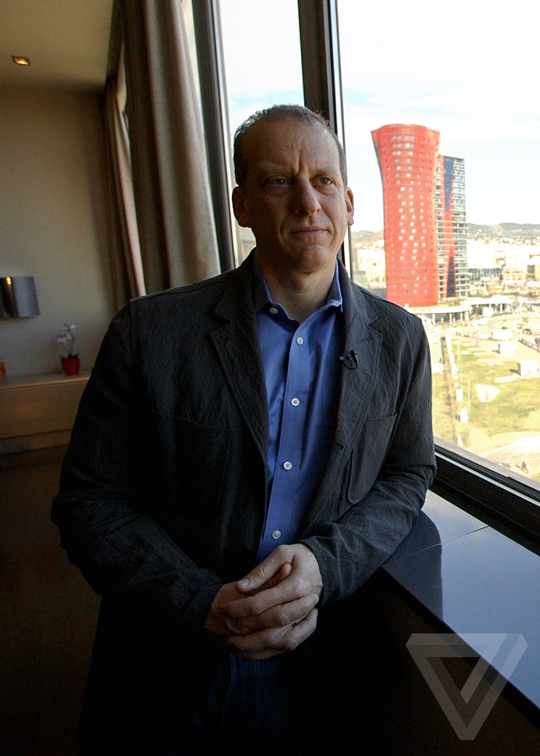 It's usually not that hard to find what the major companies have to announce — their enormous, expensive booths and high-profile press conferences tend to dominate the talking points during this show. But locating the up-and-coming startups is more difficult. "Even if you are a startup and you’re not showing on the floor, if you’re in mobile, you’re typically here at the show meeting with people," notes Miner. "It requires a little bit of forensic work, but you can find the startups."

That doesn't mean to say trade shows like MWC are where Google Ventures makes all of its deals and investment decisions; many deals are still made over the coffee or beer, or are the product of months of work and pitches from founders. But every little bit of exposure can help a small company. As Miner notes, "We’ve certainly made decisions to invest in companies when we’ve seen the interest that they’ve had at the show."

While deciphering trends often has a lot to do with actual products announced, finding the next great investment for Google Ventures begins with the people involved. "When we’re looking to invest in startups, the key thing is that you’re investing in teams and people, that is absolutely the most important," says Miner. 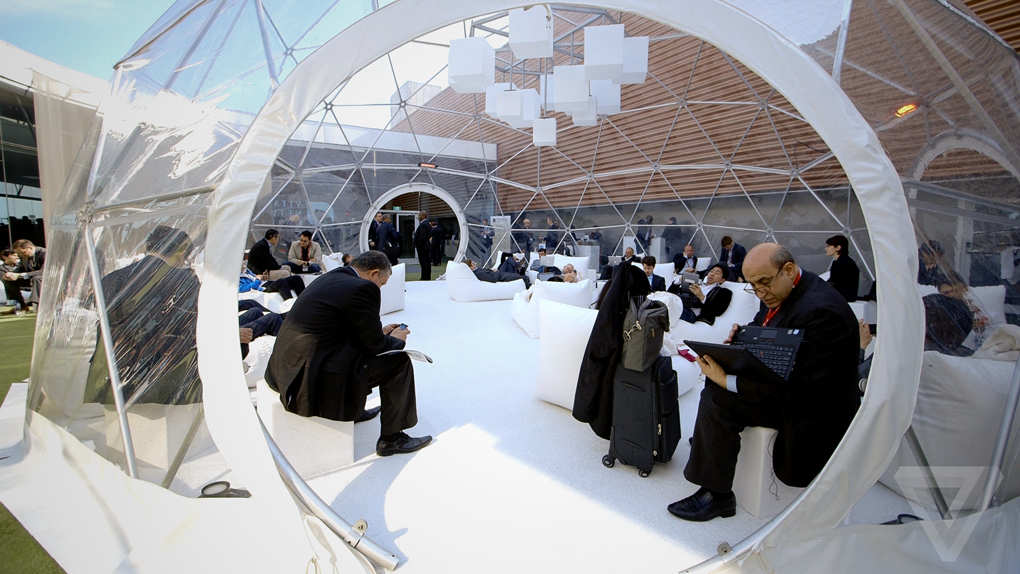 "You’ve got to think you’ve got an incredibly bright founding team with strong instincts or management skills, or that there’s a spark there that you think they can grow, and you can build a company around them," he says. What the founders are actually working on takes a backseat to their instincts and personalities. "Hopefully they are working on something interesting that you think you can help them out with what they are trying to build," continues Miner. "But it always starts with the people, then the vision of what they are trying to build, and then further along whether you can market it."

"It always starts with the people ... then further along whether you can market it."

Finding the proverbial needle in the haystack is what Google Ventures does, and its portfolio shows that it's had some big successes doing that over the years. While much of the conversation in the technology world centers around what the Apples, Googles, Microsofts, and Samsungs of the industry are up to, some of the most interesting things are happening under the radar by companies that aren't in the spotlight. If those companies are hiding in the halls and back rooms of Mobile World Congress or a coffee shop in a hip Boston neighborhood, Rich Miner will be there to find them.