Following a fairly gentle launch into the continent, electric-car manufacturer Tesla is committing to a major expansion in Europe through 2014. By the end of the year, says Tesla CEO Elon Musk, "we expect you will be able to travel almost anywhere in Europe using only Superchargers." A Supercharger is a proprietary charging station that allows Tesla owners to rapidly charge their cars for free. A full charge is said to take around 75 minutes, but the first 50 percent charges in under half an hour.

Examining Tesla's plans further, it's clear Musk's statement is a little bold. Currently, the company has only 14 Superchargers spread across Norway, Germany, Switzerland, and the Netherlands. By the end of the year, it plans many more in those countries and will also expand into the UK, France, Spain, Italy, Austria, Denmark, and Sweden. These Superchargers appear to be planned strategically and will be placed on major routes between cities. Nonetheless, the majority of drivers in Western Europe will likely be able to drive by charging their cars solely through Superchargers. 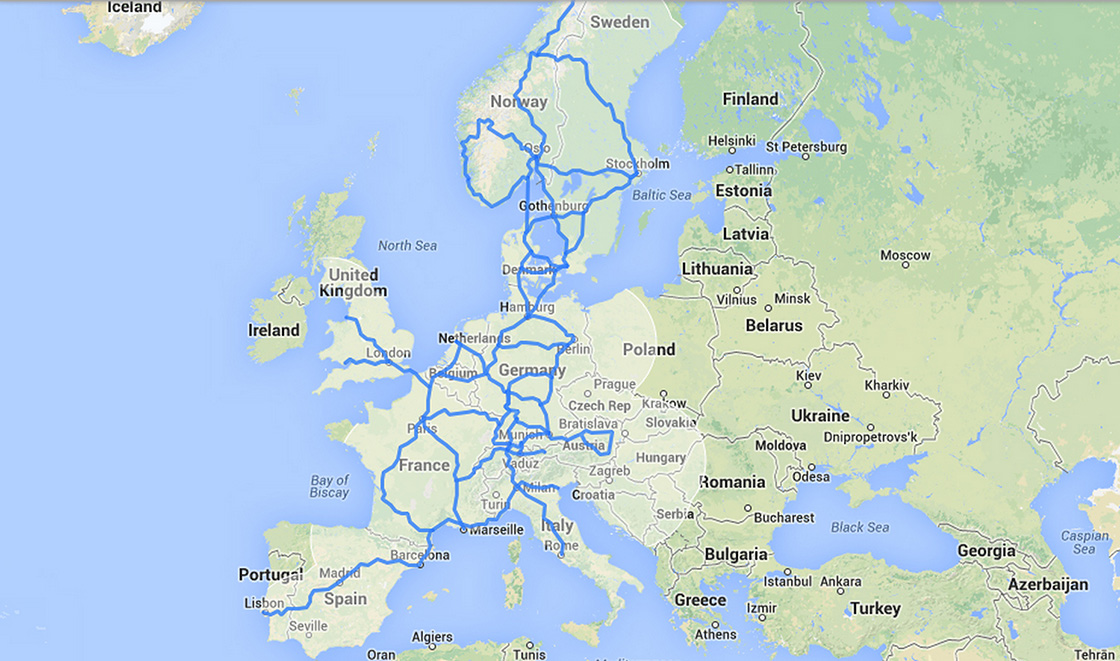 To complement its Supercharger network, the company plans to open 30 new service centers and stores throughout Europe. The expansion includes the first service centers in Sweden, Italy, and France, and will make it far easier for Europeans to buy Tesla's electric cars. New stores are planned in Birmingham and Manchester in the UK (the first outside of London), Lyon and Bordeaux in France, and Gothenburg in Sweden, among others. A full list of planned store and service-center locations, and a map of Tesla's proposed Supercharger network extension, are available on the manufacturer's site.