Deion Sanders, one of the NFL’s best and most flamboyant players ever, was fond of saying that you “gotta look good to play good.” From tucking two towels into his belt on the gridiron to cutting off his sleeves during his part-time baseball career, he exemplified the ostentatious sports superstar. That voracity for aesthetic excellence is now also being felt by camera enthusiasts. It’s no longer good enough to just shoot great pictures, you’ve got to shoot great pictures in style.

The major trend in modern camera design is actually to go retro, returning to the mechanical switches, wheels, and dials that characterized the rise of amateur film photography. Fujifilm and Olympus have been the most proactive in responding to that customer demand, but Nikon hasn’t turned a deaf ear either, and it’s entering this quirky beauty contest with a real heavyweight in the form of its Df DSLR. This camera nests the large full-frame sensor of Nikon’s flagship D4 into a magnesium alloy body that’s a melange of the camera-maker’s most beloved designs from the past. If you’ve ever dreamed of a Nikon F3 with the latest digital imaging technology inside it, that’s basically what the Df gives you.

The Nikon Df delights in its blocky, almost crude contours. Exposed screws are apparent at the front and sides and all the key settings have been shifted to control wheels at or near the top of the camera. It’s a beguiling look of low-tech manufacturing.

This retro style speaks to a more honest, function-centric design language that’s surely at the heart of the current resurgence of old school shooters, but Nikon doesn’t carry it through the entire camera. The Df’s back and bottom are indistinguishable from the company’s contemporary DSLRs; it's as if Nikon couldn’t decide whether the old or new control scheme was preferable so it included both.

Quick access to key settings is the reason serious photographers demand physical controls: you can’t afford to be diving into menus to tweak ISO and white balance while your window for taking the best possible photo rapidly closes. At first glance, the Nikon Df seems to be ideally suited to sating that need, however in practical use its abundance of dials and switches hinders more than it helps.

The pentaprism bump stands out like a monument to history

You can adjust ISO and exposure via two dedicated wheels on the top-left of the camera, but you have to press a button to unlock each wheel every time you want to use it. The stacking of the wheels makes everything feel cramped, too, and even the labeling is misleading. The marker for exposure sits right atop the ISO wheel, so you could easily end up choosing ISO 800 when you’re trying to shoot at 6400.

The power toggle that’s wrapped around the shutter button is almost impossible to activate with just your forefinger. That is surely Nikon’s effort to avoid accidental changes, as is the button that locks the control wheels, but the end result is frustrating for both your hands. Anyone interested in a rapid-fire DSLR that can be yanked out of a bag at a moment’s notice should look elsewhere.

The entire control scheme is hugely disappointing because Nikon already has these things figured out. Not too long ago, the company made a big deal out of the fact it slanted its shutter buttons down for better ergonomics, while its on and off levers have been perfectly quick and usable for decades. There’s nothing about the Nikon Df’s controls that can be said to be functionally better than its modern designs, not even the ridiculous front-mounted aperture-control ring. 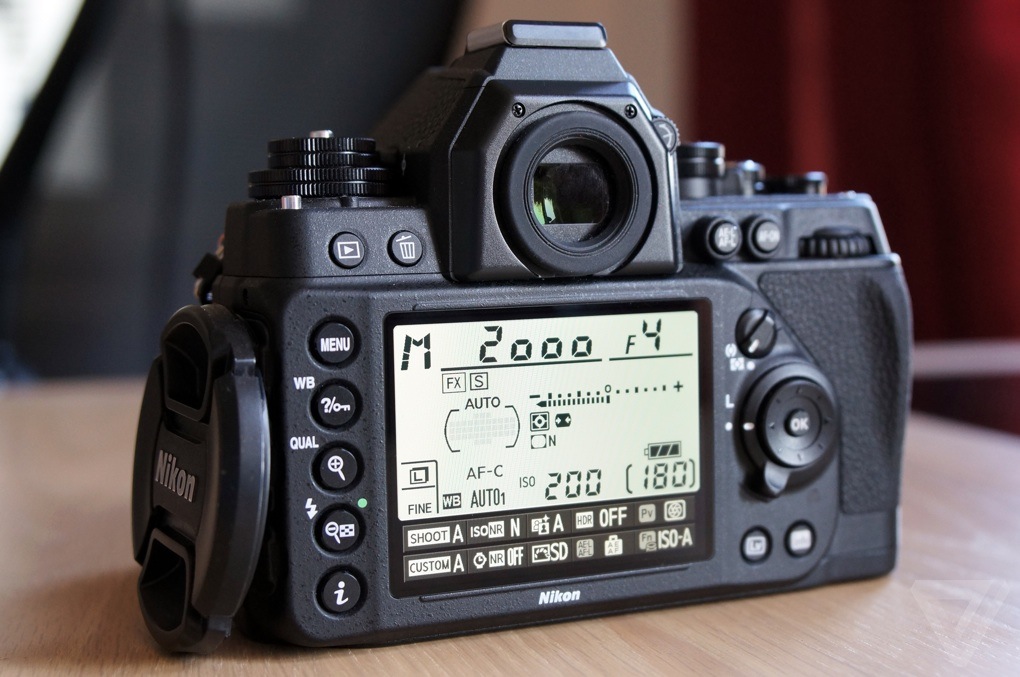 Adding insult to injury, the parts that Nikon chose to retain from its present-day controls are arguably its most convoluted and confusing. Out of the box, the Nikon Df comes with a single-point focus setting — this gives you precise control on where you want to focus, but isn’t the best option if you want to keep things quick and simple. In order to switch to automatic use of all 39 focus points, you have to depress a button nestled inside the auto / manual focus toggle and simultaneously rotate the jog dial at the back of the camera. While that may provide relatively fast access, it’s not actually a setting you’ll want to tweak too often; it requires two hands to perform, and it’s completely unintuitive for newcomers to Nikon’s way of doing things.

I can’t help but compare the Nikon Df against the camera I use most often, both professionally and in my spare time: the Sony NEX-5N. I can pick up that camera, tweak its shutter speed, ISO, and aperture, customize white balance, and shoot a photo — all with one hand and in less time than it would take me to turn on the Df and switch from automatic to manual. The 5N is a fundamentally different camera, of course, and usability improves with experience, but its price tag and ambitions are both dramatically lower than the Df’s — why should a lesser camera embarrass Nikon’s latest so dramatically? Even Nikon itself offers much better and faster operation on the original D4 and the D610.

Tough as a tank, and just as convoluted to operate

The Df is substantially larger and heavier than most of the current crop of retro cameras, which is primarily down to its professional-grade guts. The full-frame sensor, pentaprism, and luxuriously large viewfinder all demand space, while the magnesium alloy frame and weather sealing contribute to the camera’s heft. Those are all desirable features to have, and there can be little complaint about the way Nikon put the Df together. This camera will withstand years, if not decades, of abuse, and any scuffs or bumps it accumulates along the way are likely to just add to its old-fashioned charm. 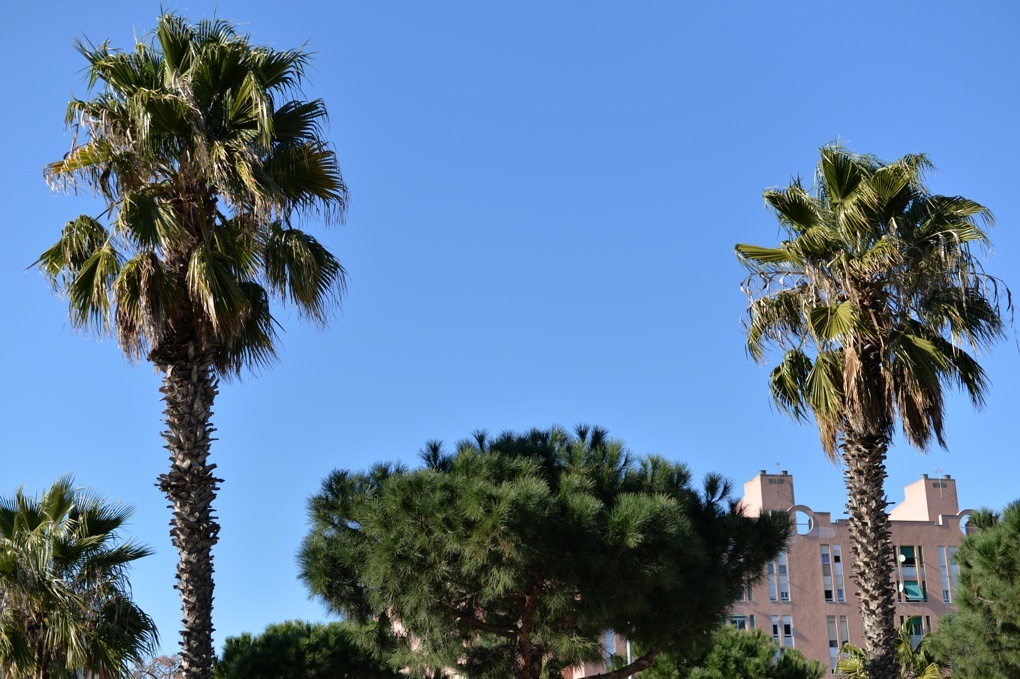 There may be disagreement over just how beautiful the Df is, but Nikon’s left little room for debate about the camera’s imaging capabilities. Matching its best sensor to date — the 16-megapixel full-frame CMOS chip of the D4 — with the fast Expeed 3 processor makes the Df formidably quick in operation. Though Nikon now has an Expeed 4, the hardware inside the Df is rated by the company to be 20 times faster than in the older-generation D700 while also producing better dynamic range and more accurate colors. In essence, the D4’s image quality has been successfully ported to a smaller body for half the price. That is, by a wide margin, the most exciting aspect of owning a Df. 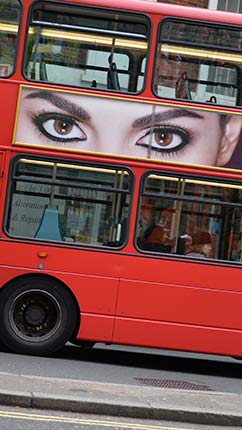 Allied to a 50mm f/1.8 lens that’s been specially designed to match the Nikon Df’s styling, the body kit for this camera costs 5 cents short of $3,000. I would advise saving yourself $250 from that price by skipping the bundled lens. It struggles mightily at its widest aperture, producing inconsistent colors and chromatic aberrations at f/1.8, and forces you to step down to tamer settings in order to keep your pictures looking beautiful. Nikon’s made the Df compatible with older manual focus lenses as well, so there’s really no excuse not to match it with a lens that’s actually from the era that the camera aims to recreate.

The D4's sensor fits into a smaller size and price bracket, but compromises have been made

Once you manage to select a lens and figure out a way to adjust to its unwieldy control scheme, the Nikon Df starts to finally deliver on its promise. The shutter button is pleasantly tactile and responsiveness is instant. Some cutbacks have been made relative to the D4, but autofocus, image processing, and startup time still feel superbly fast.

The ISO range on this camera is utterly ridiculous — it goes from an equivalent of ISO 50 to a high-powered mode that’s equivalent to ISO 204,800. Those extremes are less interesting, however, than the usable range, which stretches quite comfortably to ISO 12,800, and you can even double that if you’re willing to tolerate some visible noise and imperfections brought on by the extra light sensitivity. If you ever have to photograph a moonlit basketball game, the Df and its large sensor will serve your needs perfectly.

Why no video, Nikon?

The biggest and most inexplicable cut from the D4’s specification is in the Df’s lack of video recording. Given that they share most of their innards, there’s no technical reason for why one camera should offer full 1080p video and the other none at all. Nikon may earn some approbation from purists with this decision, but it’s likely to alienate a great many people who might previously have considered the Df as a cutdown alternative to the $6,000 D4 flagship.

I’ve used the Nikon D3, D3s, and the D4, and each has surprised and delighted me with its ability to capture more light than the human eye can see while keeping image noise to a tolerable minimum. The Df’s greatest strength is in encapsulating that same sort of imaging performance in a smaller, prettier shell that costs less. While that’s laudable, you could move even further down the price range and opt for a Nikon D610, which won’t be too far away in terms of performance, but handily exceeds the Df when it comes to ergonomics and accessibility. 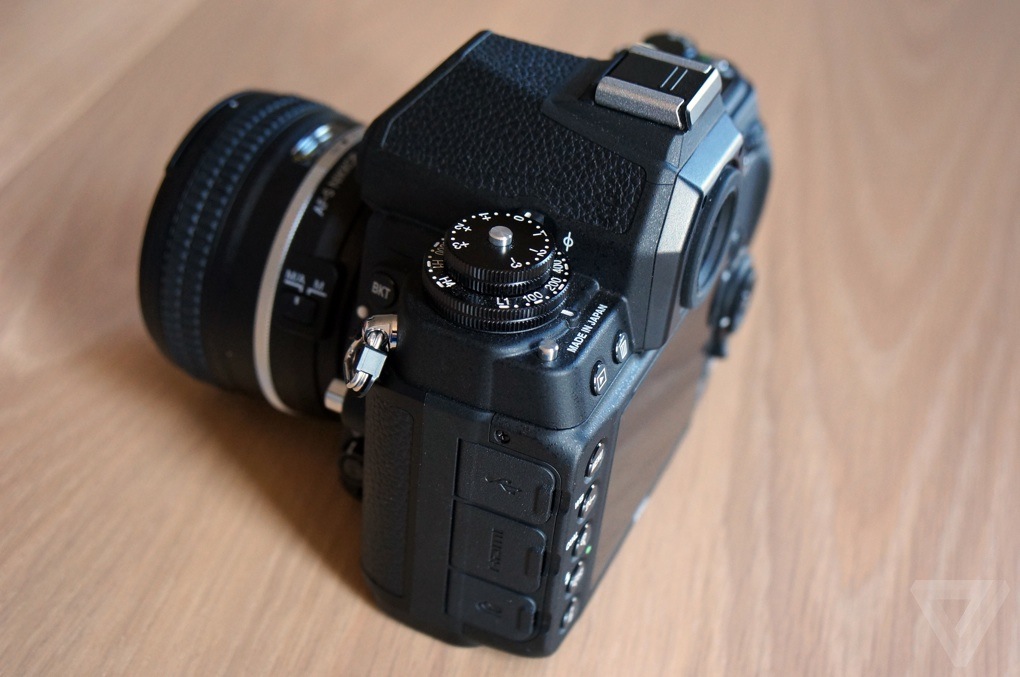 The Nikon Df reminds me of Microsoft’s Courier tablet. On paper, the fusion of Nikon’s esteemed design heritage with its latest technology is an obvious win, but turning that aspiration into a practical reality has turned out to be harder than anticipated. Like the Courier, which never made it past the concept stage, the camera that combines the best of Nikon’s past and present doesn’t exist. The Df asks for too many usability compromises to simply dress up modern performance in a retro shell.

Nikon’s traditional strengths are very much evident in the Df: it’s built to last, takes amazing photos, and is compatible with one of the broadest and best lens ranges in the business. But then it’s also more than $1,000 more expensive than Nikon’s own D610, which is roughly the same size, much easier to use, and can record 1080p video. While it’s true that aesthetic considerations in photography are moving beyond the images produced and turning to the equipment with which they’re captured, the Nikon Df just isn’t pretty enough to justify its numerous shortcomings.