The indie game console may already be dead

The indie game console may already be dead

Last year, I predicted that the rising tide of Android gaming would raise all boats — that indie game consoles like the Ouya, the Shield, and the Gamestick could mount a challenge against Xbox and PlayStation because of all the attention they were getting as a whole. Sadly, it looks like I was wrong. This week, the leader of the indie console charge is standing down.

Ouya was in the right place at the right time in the summer of 2012. One of the early Kickstarter darlings, the $99 hackable Android game console raised $8.5 million on the strength of its convictions and the résumés of its founders. Ouya CEO Julie Uhrman — a former VP of digital distribution for IGN and GameFly — offered a compelling vision of a game system that could bring the traditional strengths of a closed console to the open Android platform. Ouya would make it easier to find great games on Android by curating, promoting, and even funding indies to do their best work, while offering an inexpensive dedicated hardware platform with physical console controls for those developers to target.

Ouya sought to bottle the magic of indie game development

In the best-case scenario, Ouya would have rapidly sold enough competent $99 boxes to make the platform a better proposition for mobile game developers than phones and tablets by offering more processing power and an environment where people would be more comfortable paying for quality console-style games, while attracting console developers as well. In return, gamers would get exclusive titles, purpose-built for the television, that they wouldn't find on any other console. At the time, with no PS4 or Xbox One to part gamers from their pocketbooks, it seemed like a worthy idea that could have preempted next-gen consoles. But that wasn't the way things turned out.

Ouya arrived late, the hardware was panned, and the plan to fund games was beset by scams. Promised titles like Hawken and OnLive never materialized, and a much-hyped exclusive from Portal designer Kim Swift didn't move the needle. The only exclusive game worth playing on the system, Towerfall, isn't exclusive to Ouya anymore — and early reports suggested that even Towerfall wasn't really a hit.

Meanwhile, the Gamestick got an even poorer reception, and Nvidia hasn't been willing to share sales figures for its surprisingly well-built Shield. Valve's Steam Box, thought to be another console competitor, turned out to be a disorganized collection of gaming PCs — at least until Alienware and company can get the original vision off the ground.

So now, amidst a seeming blasé attitude towards failed microconsoles, Ouya is pivoting to become a software platform. The company hopes to embed the software into televisions and set-top boxes, starting with its former competitor the Mad Catz Mojo, and will keep its own console around only as a "reference design" from now on. 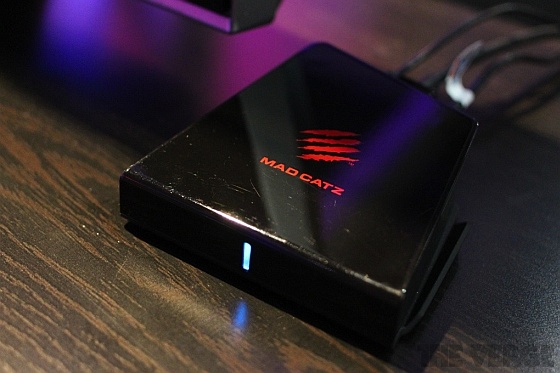 The Mad Catz Mojo, a $199 microconsole that runs stock Android and soon Ouya as well

In a statement to The Verge, Ouya founder Julie Uhrman insists that the company isn't abandoning its original vision. "What makes Ouya is not the physical hardware, but the fact that it is made for games built for a TV," she says, adding that the company will attempt to maintain a "consistent experience" across other devices, which will each have physical game controllers as well. But it feels like the company that sought to bottle up the magic of indie game development in an attractive, inexpensive package is smashing that bottle for good.

Ouya will become an Android fragment

What is Ouya without its hardware? It's not a console anymore: it's a subset of the Android operating system that will necessarily have fewer games, due to its smaller install base and extra hurdles, than Android as a whole — only without the previous benefits of a single hardware platform for developers to target. You might liken Ouya to Netflix or Amazon's Kindle in its attempt to spread throughout the hardware landscape, but the technical requirements to read books or play movies are well satisfied by any device on the market, while games attempting to satisfy a console gamer are chasing a moving target. Originally, Ouya planned to upgrade its microconsole every year with the latest chips, but people rarely replace their television anywhere near that quickly. It's not clear why game developers would build Android games for a fragmented Ouya instead of Android, period.

Perhaps that's exactly what Ouya and Nvidia and Mad Catz are hoping will happen. There's still room for Android as a whole to challenge the Microsoft / Sony / Nintendo status quo, particularly next year when mobile chips start embracing PC graphics techniques. Processors like the Nvidia Tegra K1, which will appear in the next Shield, will make porting PC and console games to mobile easier than ever.

What is a console, anyhow?

But a game console means more than a wide array of devices that are technically capable of handling games, and it's more than a store that brings games to those pieces of hardware. The game console as we know it is necessarily a closed ecosystem to some degree so that gamers and game developers know that their games will "just work," and that isn't yet true of broad platforms like Android or Steam. Perhaps that's why, despite the seeming inevitability of mobile gaming, the new Xbox One and PlayStation 4 are selling like hotcakes. And now that those actual game consoles have some momentum, the opportunity may have passed for a true console challenger to stake a sufficient claim.