The Holocaust's legacy threatens one company's US rail projects

Share All sharing options for: The Holocaust's legacy threatens one company's US rail projects

A major French railway company has come under renewed scrutiny in the US over its ties to the Holocaust, and billions of dollars are at stake. The state-owned Société Nationale des Chemins de Fer Français (SNCF) shipped thousands of Jews to death camps during the Second World War, when France was occupied by German Nazi troops. The company formally apologized in 2011, saying it acted under coercion from the Nazis, but Holocaust survivors in the US are demanding reparations, and lawmakers have sprung into action.

This month the Maryland state legislature will debate a bill that would block an SNCF subsidiary from winning a lucrative public transit project unless its parent company pays reparations to Holocaust survivors in the US. The bill, introduced on January 31st, would prohibit Maryland from entering public-private partnerships with any company that deported Nazi prisoners during the Holocaust without paying restitution to "all identifiable victims of the deportations or to their families." That would also include foreign companies with Holocaust ties and any entities they partially or completely own.

The subsidiary in question is Paris-based Keolis, which is majority owned by SNCF. Keolis is included among four consortiums chosen to bid on the Purple Line project — a 16-mile light-rail network connecting Maryland's suburbs. The 35-year contract is valued at around $6 billion, making it one of the biggest government contracts in the state's history. Keolis says it shouldn't be penalized for Holocaust atrocities it had nothing to do with, but supporters of the legislation argue that Maryland tax dollars shouldn't go toward SNCF or its subsidiaries.

"This was not coercion, this was business."

"Until they properly acknowledge their role in the Holocaust and take full responsibility, the people of Maryland should not allow their tax dollars to be used to help the company expand its business here," Leo Bretholz, a Holocaust survivor living in Maryland, wrote in an editorial for the Baltimore Sun this month. Bretholz, 92, escaped from an SNCF train headed for the Auschwitz concentration camp in 1942, and says the company actively collaborated with the Nazis, claiming that its workers earned profits from the deportations and played a direct role in implementing them.

"They pursued payment on this after the liberation of Paris, after the Nazis were gone," he wrote, citing an invoice that SNCF sent to the French government. "They even charged interest for late payments. This was not coercion, this was business."

Historians say that from 1941 to 1944, under the Nazi-backed Vichy government, SNCF shipped nearly 77,000 European Jews to the French-German border, where they were then taken to death camps. Of those deported, only about 2,500 returned. The company acknowledges the role it played in the massacre, but insists it was only doing so under the control and intimidation of German officers. SNCF has also stated that any reparations should be handled by the French government.

"SNCF railroaders were either beheaded or deported... How is that a complicit company?"

"This piece of legislation is based on certain assertions that are completely contradicted by historical facts," says Alain Leray, president and CEO of SNCF America. While Leray says he sympathizes with Holocaust survivors and understands their anger, he maintains that SNCF's actions were beyond their control.

"SS Officers came and took control of SNCF, and those who resisted died," he adds. "A little more than 2,100 of my colleagues, SNCF railroaders, were either beheaded or deported and murdered in deportation. How is that a complicit company?" 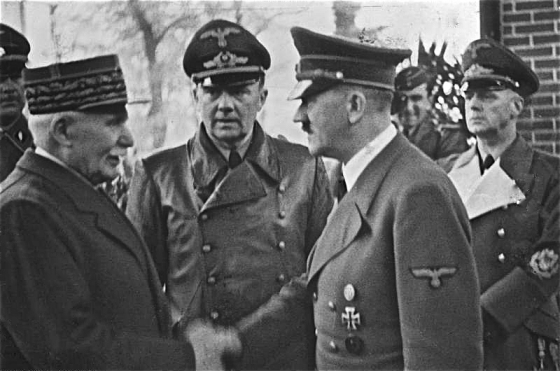 SNCF's past has come back to haunt it in recent years, especially as it's looked to expand to US markets. The company and its subsidiary were met with similar controversy when they sought previous rail projects in Florida, California, and even Maryland. In 2011, the Maryland legislature passed a law requiring all rail companies to disclose ties to the Holocaust after Keolis bid on a contract to operate regional commuter lines. In response, SNCF published its war-era archives online, but Keolis eventually lost the bid anyway, coming in as the second-lowest bidder. SNCF delivered its first formal apology for its involvement in 2010, though it was met with some scorn from those who felt the move was motivated by the company's aspirations for US expansion.

The French government has paid billions in reparations to Holocaust survivors, but they only cover those living in four countries — Belgium, the Czech Republic, Poland, and the United Kingdom — leaving out survivors who ended up in the US. Last month, the Washington Post reported that US and French officials have begun discussions on a bilateral reparations agreement for American survivors, though details have yet to be disclosed.

Some Holocaust experts and French historians have questioned the accuracy of allegations made against SNCF, supporting the company's claims that it was acting under direct coercion. Serge Klarsfeld, a French Nazi hunter and prominent activist for Holocaust survivors, testified to that effect before the US Senate Judiciary Committee in 2012, noting that some railway workers even intervened to save deportees.

"After the trains, people went on buses, so are you going to sue the bus company?"

"Can we reproach these railway workers for never having sabotaged the lines?" Klarsfeld said. "Had they done so, they would have run the risk of disaster and if lives were to be deliberately sacrificed to save others, they would have had to have been absolutely certain that death awaited the deported Jews at the terminus."

Michael Marrus, a professor of Holocaust history at the University of Toronto, says targeting a single company or industry for reparations could lead to a slippery slope, alluding to the difficulty in teasing out responsible entities at a time when much of France was under Nazi control. "After the trains, people went on buses," Marrus says. "So are you going to sue the bus company? What about the postal service for notices sent to Jews during the War?... Anyone who showed any signs of independent activity, anyone who would not discharge the requirements of the Reich, was purged."

Yet supporters of the legislation have brushed aside these concerns, insisting that it targets a specific company that knowingly contributed to genocide. "It could not be further from a slippery slope," says Raphael Prober, an attorney spearheading a pro bono campaign to fight for reparations. "We are head-on talking about the company that determined the technical conditions of the deportation trains that resulted in people dying... it's time for justice to be done."

Regardless of the bill's fate, there are concerns that the controversy surrounding the bid may hinder Keolis' chances when state authorities award the Purple Line contract early next year. Leray, however, remains cautiously optimistic: "I would think that the Department of Transportation of Maryland will analyze our offer on its merits."