The elevator at Castle Black rumbled beneath my feet. Cold air blasted against my face, reminding me yet again how hostile the environment was here at the Wall, the home of the Night's Watch. At the top, I looked down across the realm from the dizzying, almost impossible heights. I reached out to steady myself, the wind howling in my ears. That's when the scary part began.

Last month in New York HBO launched the latest version of Game of Thrones: The Exhibition. It's a museum-style tour that offers a glimpse at the props, costumes, and models used in the making of the show, and it featured the soft launch of an Oculus Rift-powered experience that takes viewers inside George R.R. Martin's mythical land of Westeros. An expanded version of the showcase is here at South By Southwest, and the unmistakeable highlight is the fully-realized version of the Oculus experience. Now incorporating 4D elements such as wind blasts and vibration, it's a reminder that while the Oculus Rift can be arresting unto itself, it's when designers and developers begin toying with the rest of our senses that real magic can happen.

"If we're going to do this to the utmost, this is the platform."

Ian Cleary is Vice President of Ideation and Innovation at Relevent, the company the produces the exhibit, and says that development began in November. HBO wanted to improve upon last year's experience, where visitors could use a physical bow to launch a digital arrow in the show's Battle of Blackwater. Relevent had been toying with the Oculus, and it seemed an obvious fit. "If we're going to do this to the utmost, this is the platform to do it with," Cleary says.

To begin this year's experience, participants step inside a real-world duplicate of the Wall elevator, where they don the Oculus goggles and a pair of headphones. "We honed in on the Castle Black winch elevator because of the possibilities and constraints of the Oculus platform," Cleary says. While the VR goggles offer great visual potential, moving around still requires something like a game controller, which can break the illusion. "The Castle Black winch elevator is perfect for that," he says. "It's a box; you can't get out of it. But you have a view of the whole kingdom." (There is a very brief automated walking sequence that takes you from the elevator to the edge of the Wall.) The set-up also addresses the occasional safety surprises that can occur when running thousands of people through a virtual experience: one of the participants I saw was so taken aback by the vast view of Westeros that they stumbled back against the elevator door in aversion. 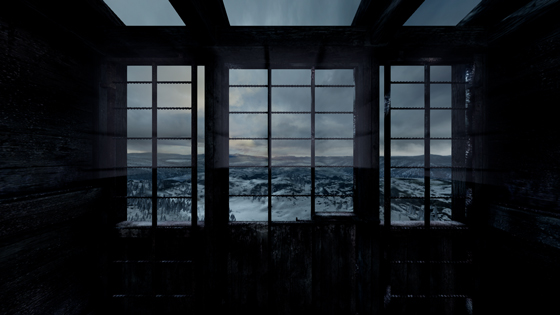 Visual effects company Framestore supplied assets used in the creation of the show, and the project itself was then built in Unity. But it was the additional real-world sensations that really bring home the illusion of visiting the Wall.

"Essentially what we're trying to do is trick your brain."

"We wanted to take it a step further, and add a tactile element," Cleary says. The company played with varying degrees of physical wind and shaking to come up with the final product. It's hard to overstate just how much the small details add to the experience. While wind or vibration may come off as a clunky add-on in a movie, in an immersive environment they make total sense. The rumbling of the elevator floor beneath your feat, the blasts of cold air, or the rotating soundscape simply become experiential artifacts, placing you within a specific time and place without drawing attention to themselves. It's similar to the impact three-dimensional sound had in the Beck "Sound and Vision" piece we tried at Sundance: by leveraging more of our senses, the designers at Relevent are able to create something much closer to the holodeck than the Rift could ever achieve on its own.

"Essentially what we're trying to do is trick your brain," Cleary says. "All of a sudden you've got three of your major senses telling you that you're not in Austin, Texas in a music hall, but that you are in fact on top of the Wall in Westeros. And you start to really believe it."

For the experience's brief 90 seconds, you do start to believe it, even in spite of the resolution limitations of the Rift. For fans of the show — or those interested in the potential of VR — it's a must-see, and thankfully after the SXSW apperance the exhibit will continue its global tour. As for what else ends up happening when you reach the top of the Wall... well, you'll have to find out for yourself.