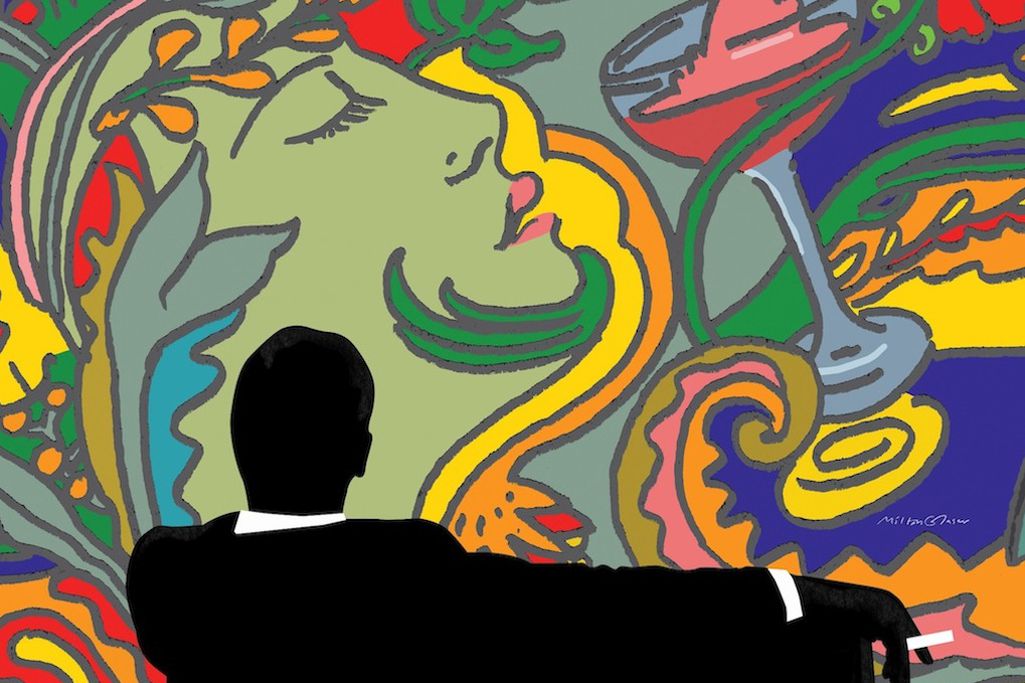 Over the course of six seasons, the hedonistic advertising executives on AMC's acclaimed series Mad Men have ingested all sorts of mind-altering substances, from oceans of booze to marijuana to LSD to speed. But if the promotional art for the show's final season is any indication, even more intense psychedelic experiences are on the horizon. The New York Times takes a look at the new poster for season seven part one, showing the iconic shadow of protagonist Don Draper seated on a couch in front of a vibrant, multicolored dreamscape of flowers, a woman, and wine.

As The New York Times reports, Mad Men creator Matthew Weiner enlisted the help of acclaimed 84-year-old graphic designer Milton Glaser (the creator of the "I ♥ NY" logo and a co-founder of New York Magazine) to channel the season's late 1960s setting. Weiner was coy about whether the poster gives away any plot teasers, telling the newspaper: "This is related to the late ’60s, which is all I will say about it...It maintains the idea that this is somehow going on in Don Draper’s mind, which is what the story is always about — and what the back of his head is about, on some level." Fans can look forward to returning Don Draper's tormented headspace on April 13th at 10PM EST for the first of the planned seven episodes of season seven. The final seven episodes are set to run next year. 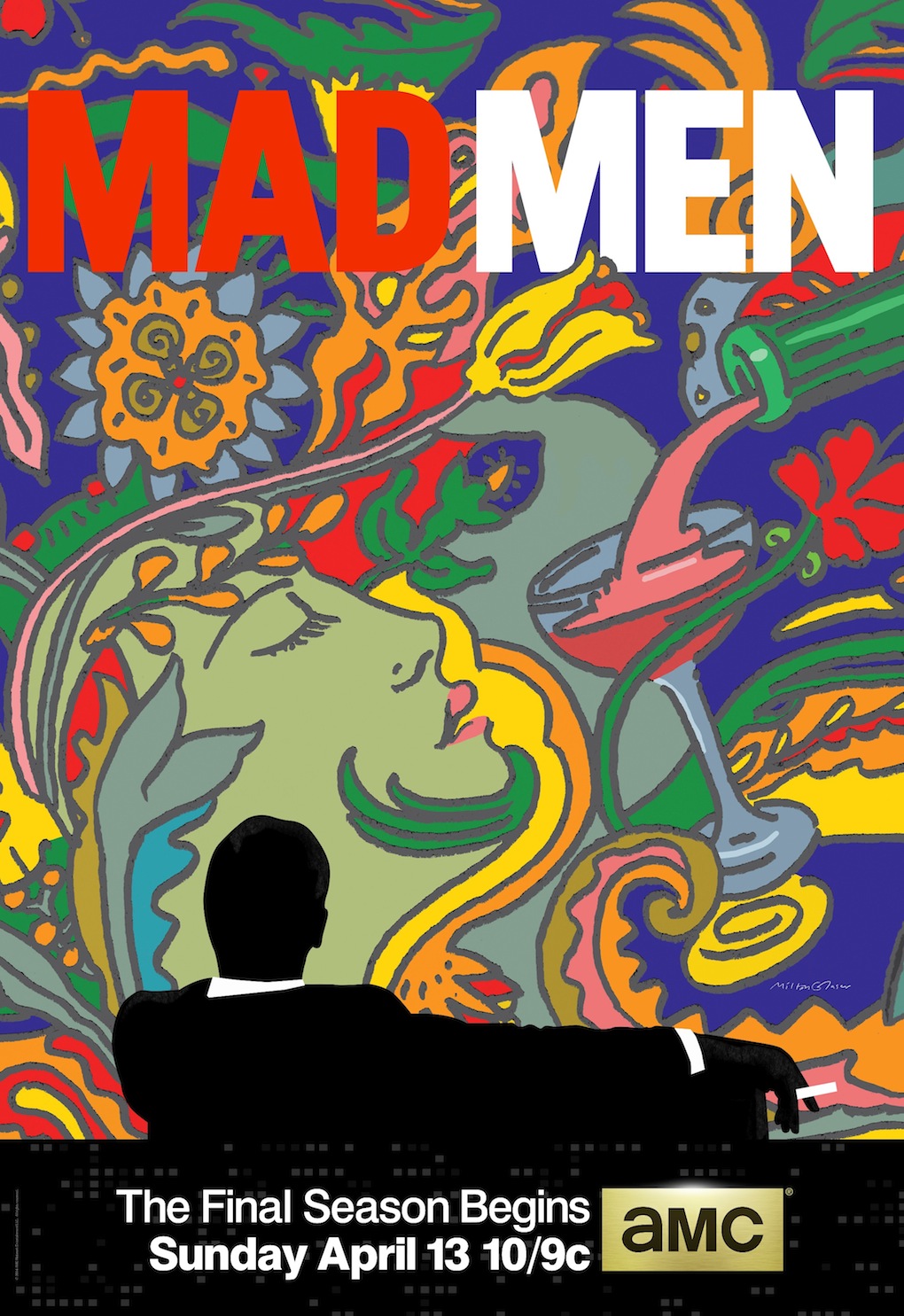