The brutally hard ‘Wave Wave’ is twitch gaming at its best

Share All sharing options for: The brutally hard ‘Wave Wave’ is twitch gaming at its best

Wave Wave might be too intense. The twitchy action game, which has you controlling a moving line while avoiding geometric objects, is a barrage on the senses. The pulsating, colorful triangles make your eyes blur while the trippy chiptunes get your heart racing. It's sort of like a more amped-up take on the Super Hexagon aesthetic, if such a thing is possible. But it's also a uniquely challenging and addictive arcade-style experience — and one of the best twitch experiences on iOS in quite some time.

The basics are easy to grasp. Tapping the screen will cause your drifting line to move up, while taking your finger off the screen will make it plunge back down. Using this simple control scheme, you'll need to avoid a series of obstacles that come at you at an incredibly fast pace. It's all about finding a rhythm, though the game is brutally hard even when you get into the proper state of mind — my best run lasted just 20 seconds before I crashed.

A lot of that comes down to the audiovisual presentation, which does its best to make things even harder. Aside from the trippy graphics, Wave Wave loves to change things to mess with you. At any given moment the screen could flip upside down, or start rotating, and you're given virtually no warning what will happen, or when.

"I've never started work on a project without listening to a music track first."

This makes it exceptionally hard to get into that zen state these games often require, but it also means that Wave Wave offers a lot more variety than other comparable experiences — not only through a constantly shifting perspective that keeps you guessing, but also with a surprising number of game modes. There's everything from the familiar endless high-score mode to a full-fledged level structure, where you're trying to make it to the end of each stage without dying. Add in multiple difficulty modes and there's a lot of content here, making Wave Wave a game that seems impossible to master. But the expertly tuned gameplay means that you'll keep trying anyways. 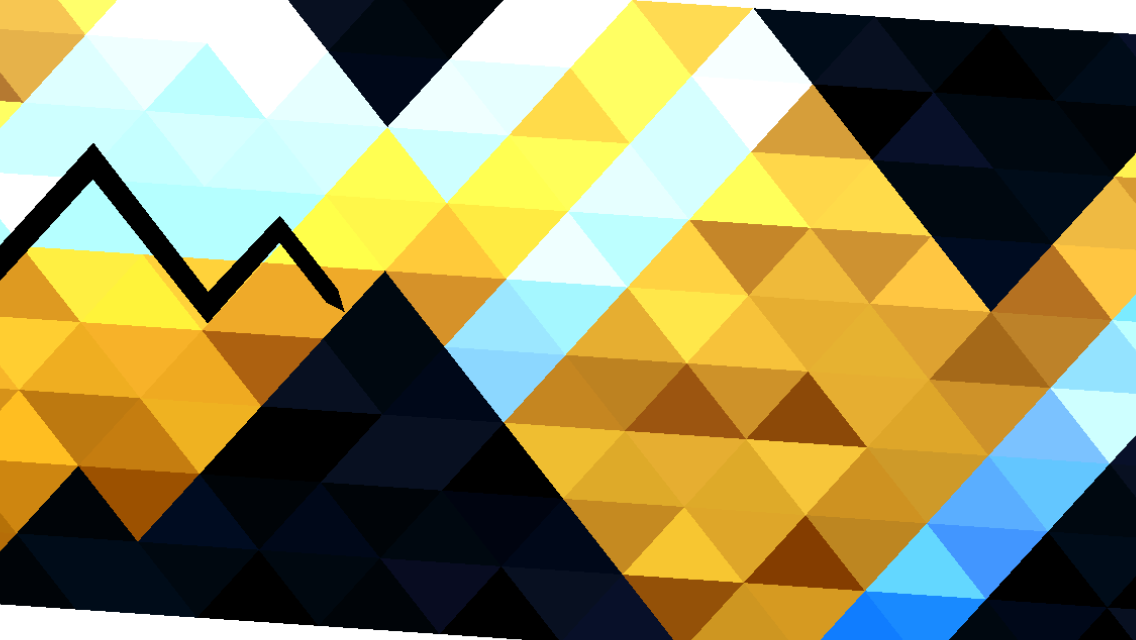 There is one aspect of the game that fights against the visual distractions, though, and it's the music. The thumping soundtrack from chiptune artists Danimal Cannon and Zef really helps set the tone, matching the frantic gameplay perfectly. It also helped inspire the game itself. "I've never started work on a project without listening to a music track first," says developer Thomas Janson, who spent the past eight months building the game. And when he first heard the musical duo's 2013 album Parallel Processing, he realized it captured the very same feeling he was going for. "I believe this kind of music is important to this game genre because it's the traditional choice, going back many years," he says.

Many of the best mobile games are light experiences — Threes, for instance — that you can play in quick bursts or while you're doing something else. Wave Wave goes in the other direction, demanding your full attention. Look away for a split second and you're done for. But that's all part of the game's charm — popping in a pair of headphones and watching that angular wave move up and down is a particularly absorbing experience.

Just try not to blink.