One of the most beloved episodes of the original Star Trek series is getting a remake — only this time, it'll be a comic book. The award-winning episode "City on the Edge of Forever," written by Harlan Ellison, originally debuted on April 6th, 1967, but the show that aired was very different from the script that was written. Now comic publisher IDW is trying to bring that original vision to life.

"A goal of ours since IDW first began publishing Star Trek comics in 2007."

IDW will be launching a five issue mini-series based on the original teleplay, under the lengthy banner Star Trek: Harlan Ellison's City on the Edge of Forever: The Original Teleplay. The adaptation will be helmed by writers Scott Tipton and David Tipton, veterans of the Star Trek comic universe, with Ellison himself serving in an advisory role. Each issue will feature cover art from Juan Ortiz, who previously reimagined every episode of the original series as a pulp movie poster.

"Presenting Harlan Ellison's brilliant original script for 'City on the Edge of Forever' has been a goal of ours since IDW first began publishing Star Trek comics in 2007," says IDW editor in chief Chris Ryall. The first issue of the series will debut in June. 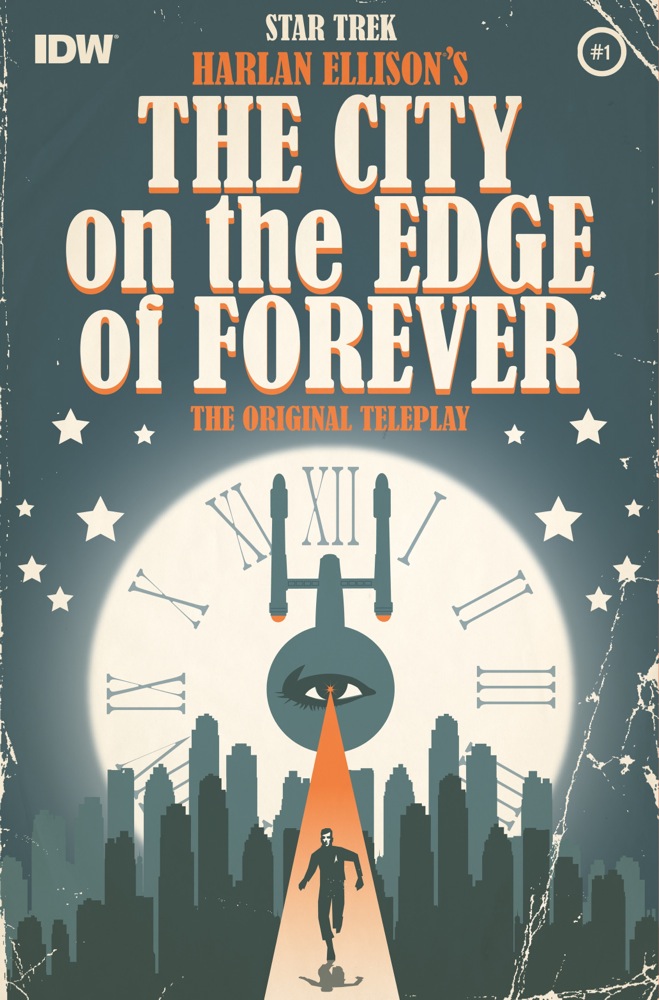