Whether he’s discussing NASA’s impact on our cultural psyche or emailing James Cameron about the night sky, Dr. Neil deGrasse Tyson has a remarkably consistent message: our future depends on a passionate embrace of science, and for that to happen, science needs to be cool. It should come as no surprise then that Tyson serves as host of the new show Cosmos: A Spacetime Odyssey, which debuts tonight as part of a major global event that will see the show simulcast across 10 domestic networks — with an introduction by President Obama, no less — before reaching more than 180 countries.

A reboot of Carl Sagan’s landmark 1980 program, the new Cosmos aims to be a primer on the incredible grandeur of the world around us, lionizing the scientists that have made our greatest discoveries, and hopefully stoking the fires for education and learning in the process. It’s hard to find fault with such noble ambitions, and while the presence of a new Cosmos is certainly welcome the initial episode tries so hard to appeal to modern audiences that at times it feels like it’s missing its own point: that the greatest wonders aren’t CG spectacle, but our own marvelous universe. 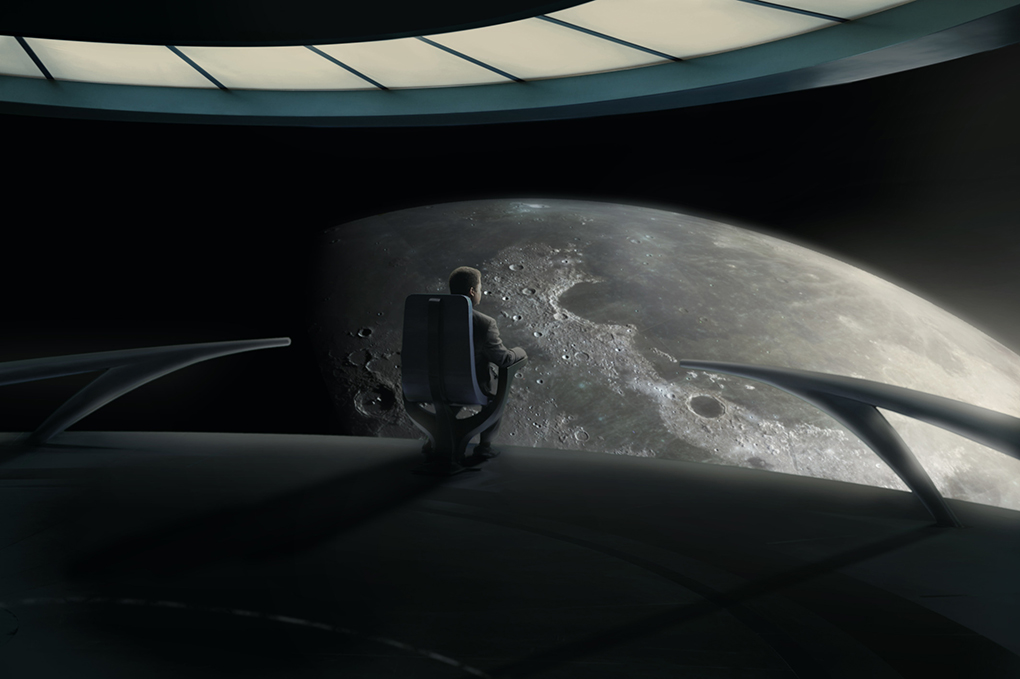 Opening on the same cliff in Northern California where Sagan launched his own show 34 years ago, Cosmos begins with Tyson sounding the call that serves as the program’s main theme. "It’s time to get going again," he says, before sweeping the viewer away on an exploration of our solar system. The vessel he uses throughout the show is dubbed the "Spaceship of Imagination," a fictional craft that serves as a vantage point for Tyson and the show’s writers to zip around the universe.

The same concept was used in the original, but Sagan’s craft was primarily just seen from the inside. In the new version, the ship is realized as a shiny metal vehicle that zips to and fro, dodging asteroids and carrying out acrobatic flips. Inside, Tyson gazes intently out of its enormous viewing window — think the viewing screen on J.J. Abrams’ Enterprise — or looks through portals on the ceiling and floor, which give glimpses into the future or the past.

Designed by concept artist Ryan Church (Star Trek Into Darkness), the ship is certainly a flashy piece of effects work, but it ends up spending far too much time as the focal point of the show. Lingering closeups, with the far reaches of space reflected in its impossibly mirrored exterior, put the focus on fantasy — not the glory and wonder of the universe. 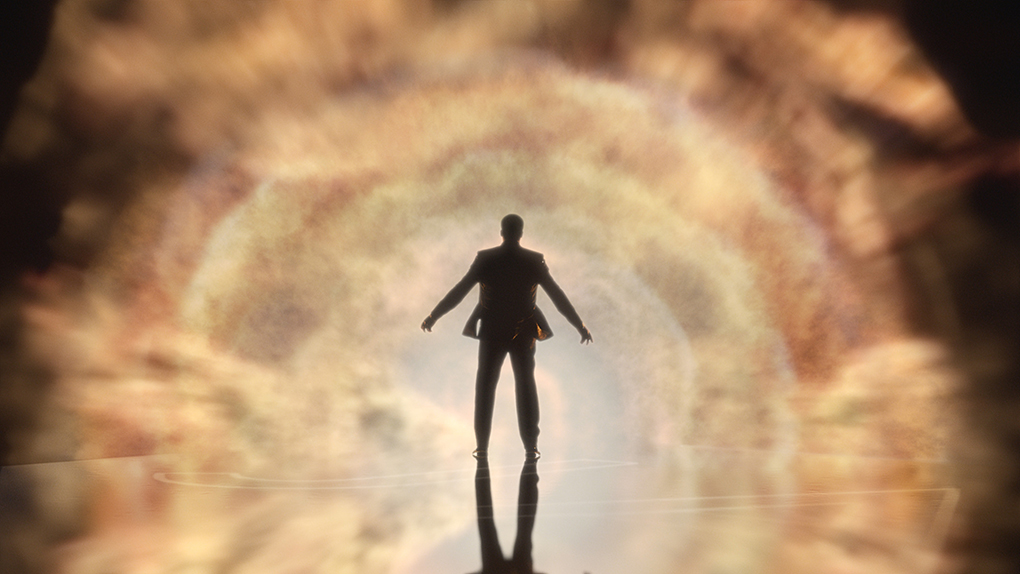 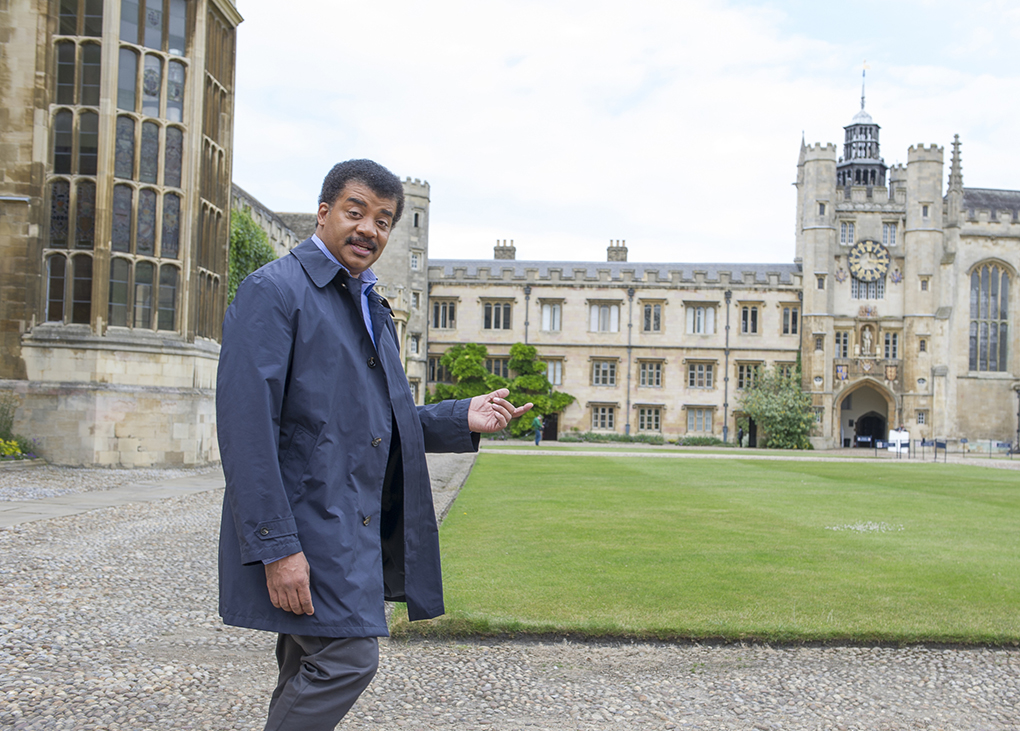 Tonally the show strikes just the right balance between education and inspiration. The science explored in the opening episode isn’t anything teenaged astronomy fans wouldn’t already be aware of, but the show doesn’t talk down to the viewer. That said, those already familiar with the antics of Dr. Tyson may feel like they’re getting a watered-down version of the real thing. In Cosmos he’s part Captain Kirk, part travelogue host, but he’s missing the charismatic urgency he’s become known for. The passion he displayed during a SXSW Q&A was infinitely more engaging than his performance in the show, even when he’s recounting his own inspirational childhood encounter with Sagan.

Thankfully Cosmos finds its footing in the final stretch, when Tyson visualizes the lifetime of our entire universe through the scale of a human calendar year. The Big Bang starts on January 1st — complete with an epic blast that threatens to envelop the host — whereas the breadth of human history encompasses just the final moments of December 31st. It’s the show at its very best: visually conveying an abstract concept, weaved into the context of humanity’s place in the universe.

It’s hard to imagine an educational show about science being any sort of major network hit in 2014 — no doubt part of the reason why Cosmos features so many visual effects — but Fox is leveraging multiple arms of its media empire to make it work. Even after the splashy debut the entire season will air both on the Fox network and on National Geographic, and as cable has proven shows don’t need to have a Friends-sized audience to work their way into the zeitgeist. One episode in, Cosmos certainly isn’t perfect, but the fact is that right now there’s nothing else like it on television. At SXSW Dr. Tyson said the goal of the show was simply to start a conversation — and by that measure, it’s certainly off to a good start.