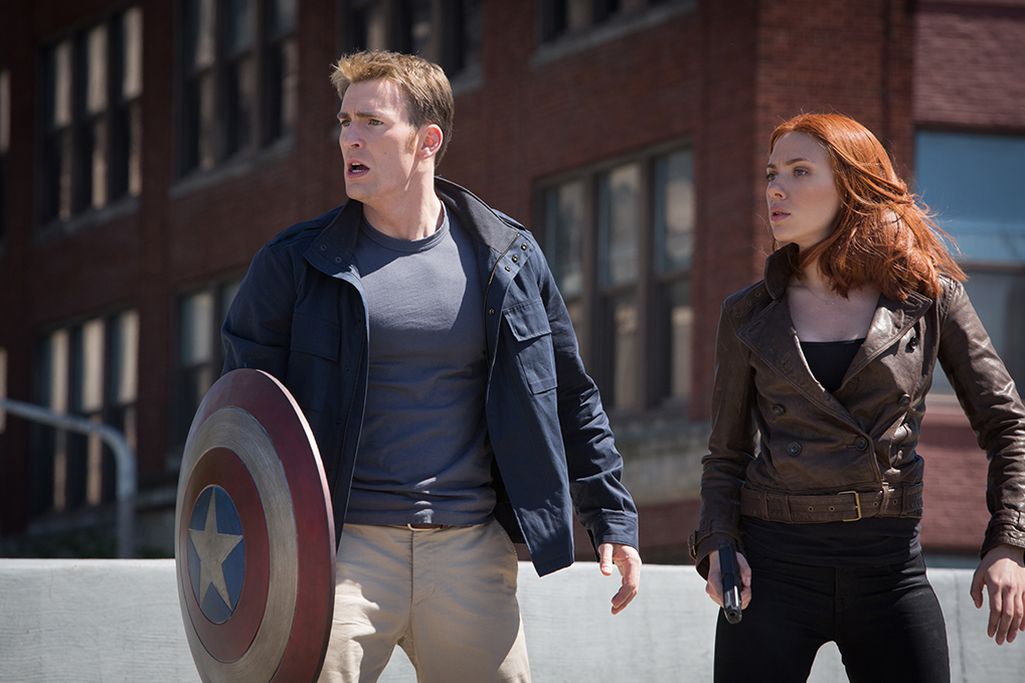 There’s a moment in Captain America: The Winter Soldier when Robert Redford, playing a higher-up at the intelligence agency SHIELD, says that in order to improve things you often need to tear down what’s come before — no matter what the cost. It ties in to the movie’s larger themes about freedom, security, and how people are often willing to sacrifice one for the other, but it also brings to mind Marvel itself.

Since Joss Whedon’s The Avengers broke box-office records, the company has made a point of switching things up to keep its slate fresh. Iron Man 3 was a darker, ’80s-fueled take on Tony Stark, and the upcoming Guardians of the Galaxy is a comic adventure based on characters that even die-hards may not have heard of. Marvel’s taking some risks, and with Captain America: The Winter Soldier it jettisons the primary-color innocence of the original film for a sinister tale of conspiracy and intrigue. It’s exactly what the series needed. 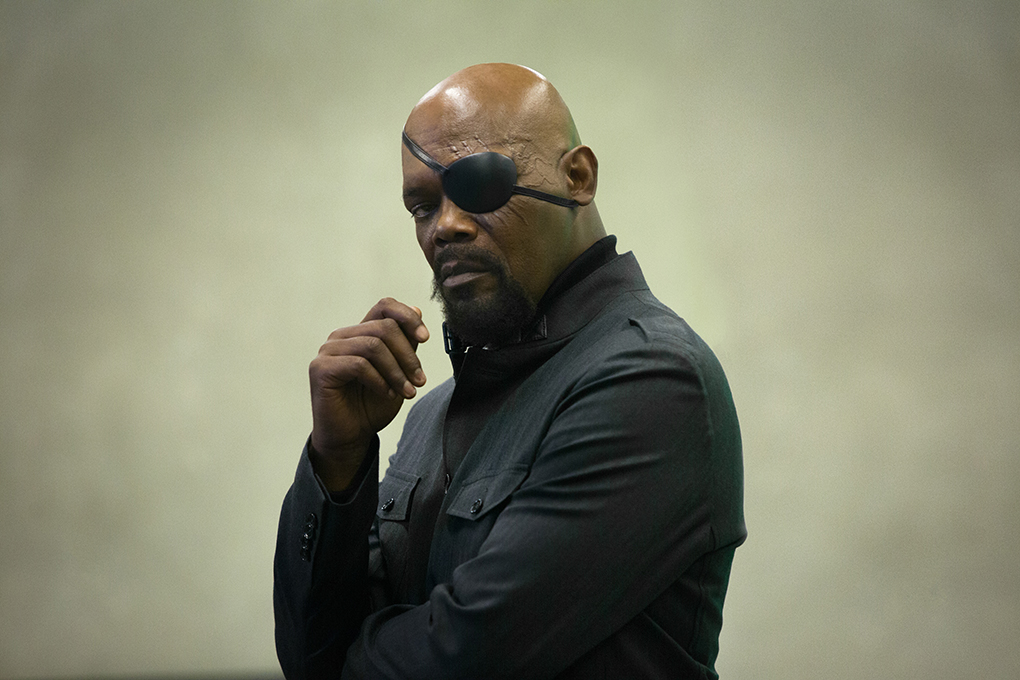 The film finds Captain America (Chris Evans) still adjusting to life in the present day. After an impressive boat rescue sequence with Black Widow (Scarlett Johansson, snarky banter turned up to 11), Cap finds out that SHIELD has been secretly building a trio of massive helicarrier ships. Part of an initiative led by Samuel L. Jackson’s Nick Fury and his colleague Alexander Pierce (Redford), the ships are massive airborne drones designed to be the ultimate deterrent — but they’re also able to analyze personal communications NSA-style, using that information to preemptively determine who will commit crimes before they happen. Cap is unable to square the project’s Orwellian implications with his old-school ideals, but when Fury learns that the project may be compromised Captain America becomes the only person he can turn to.

Directors Joe and Anthony Russo have said they wanted to make a 1970s-style conspiracy thriller in the mold of Three Days of the Condor, and they’ve succeeded. This is a gritty, dirtier Captain America, and everything from the look of the film to Redford’s steady presence sets up that vibe perfectly. There’s an immediacy to the surveillance-state premise, and while it’s not necessarily a new idea (Christopher Nolan touched upon similar themes in The Dark Knight), the ongoing Edward Snowden leaks make it that much more resonant. As a World War II-era character trying to understand the ethics of our modern world, Captain America is in many ways a perfect choice to explore these kinds of issues, and the film crafts a story that is admirably nuanced from a character perspective. 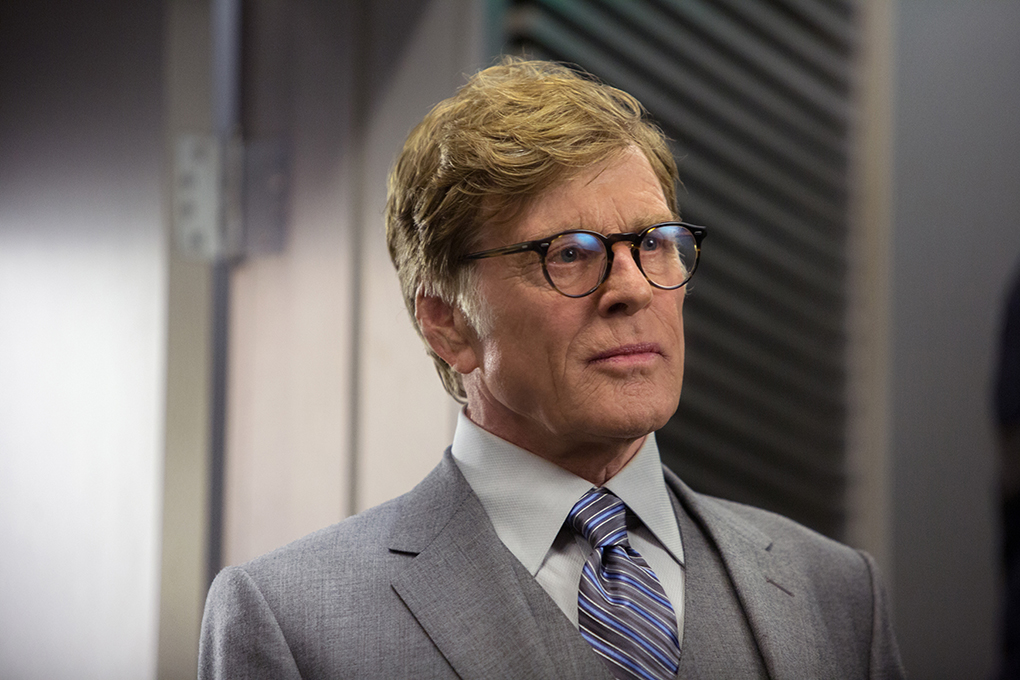 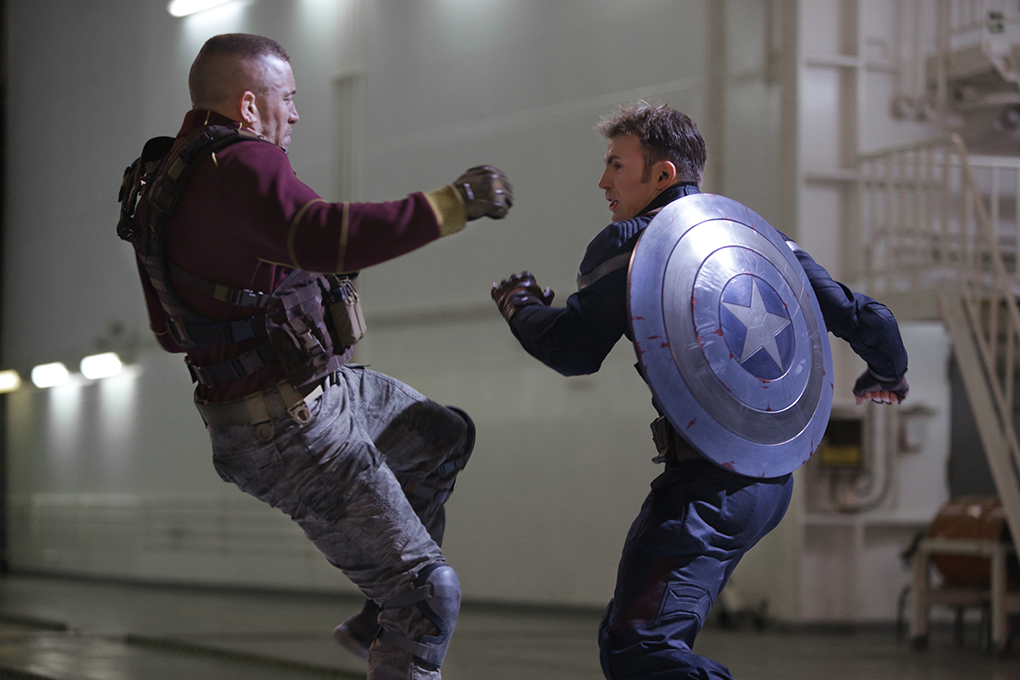 Keeping in line with the ’70s aesthetic, the Russos largely pull back from the overuse of computer-generated imagery, and it pays off wonderfully. An early chase scene, with cars smashing into one another and cartwheeling in flames, is one of the best action sequences we’ve seen in any Marvel film. The sound design is a particular standout — the ka-thunk of Cap’s shield on cement cutting through the mix — and the result is action that actually feels dangerous for once. Marvel movies have never skimped on fights or pyrotechnics, but their lead characters rarely feel like they're at risk. That changes completely in The Winter Soldier, to an almost unbearable degree.

If allowed to embrace all of its instincts The Winter Soldier could have been a true action classic, but like a high-end sports car stuck on a suburban street it feels held back from reaching its true potential. Despite all of the new elements brought to the table by the Russos and the screenwriting team of Christopher Markus and Stephen McFeely, this is still a Marvel movie — and that brings a number of requirements. It has to introduce characters that have no purpose right now, but presumably will down the road (Agent 13, played by Emily VanCamp). It has to service the existing comics mythology while still maintaining accessibility for broader audiences (Anthony Mackie’s Falcon is a former paratrooper that can fly thanks to a ridiculous winged backpack). And it has to serve as a standalone film — but also function as a step down the road towards The Avengers: Age of Ultron. 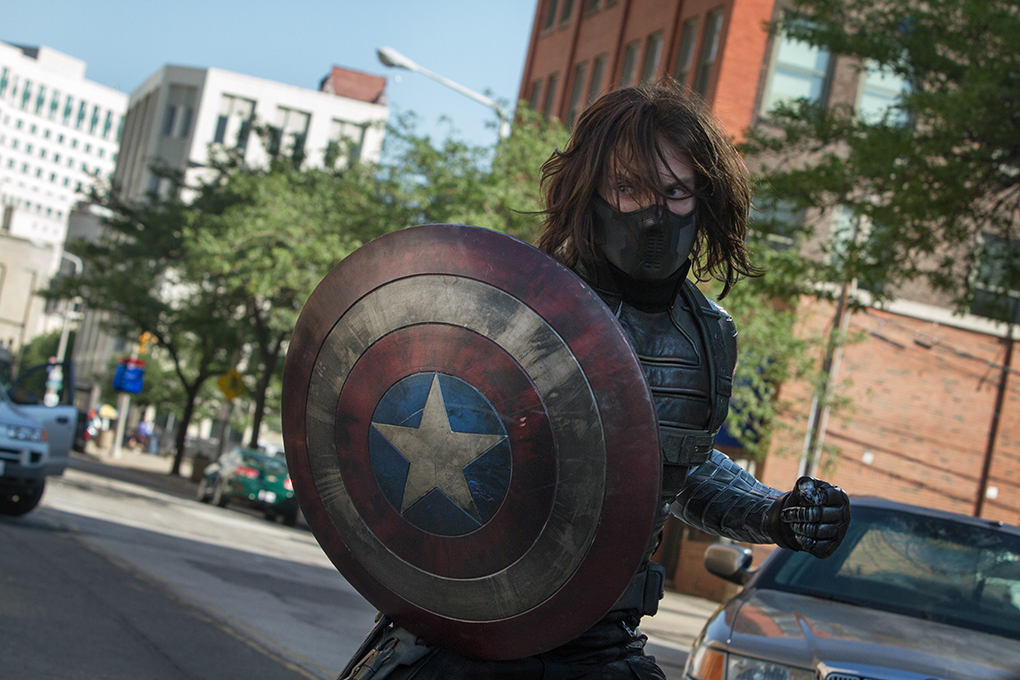 The most glaring example is the title of the film itself. Yes, the Winter Soldier (a menacing Sebastian Stan) is a character in this film, and while I’ll leave out the specifics he has particular significance to Captain America. But his storyline is grafted on without really impacting the plot or the story’s larger ethical concerns. He’s glorious and flashy, but he’s a supporting henchman at best, and the call-out in the movie’s name comes across as nothing more than an aggressive hat tip to Marvel’s loyal fans.

The film’s most interesting elements fall away in the final half-hour as it lunges from set piece to set piece, but ultimately these are minor complaints; even at its most conventional there’s no denying this is one of the strongest movies Marvel has released. While Iron Man 3 may have left some wishing for a return to form, the takeaway from Captain America: The Winter Soldier is that change is not only good — it’s absolutely essential. By interpreting an iconic character through a modern-day lens, the Russo brothers have crafted an inspired thriller that transcends superhero movies, and given that they’ll be directing the third Captain America hopefully they can take things even further next time. As it turns out, you don’t need to tear down what’s come before to make something great. You just need the courage to take some chances.

Captain America: The Winter Soldier is now playing internationally. It opens in the US on Friday, April 4th. All images courtesy of Marvel Studios.