Andy is upset. He's not a fan of a particular Monopoly rule, which requires players to go around the board once before they can buy any property. "Seems needlessly punitive," he says, posting on the board game's official Facebook page. But he's not simply yelling into the void — Monopoly publisher Hasbro is currently crowdsourcing new rule ideas for an upcoming special edition of the venerable board game, and Andy is just joining in.

This promotion is just the latest in the company's many schemes to keep its aging brands relevant, which includes everything from making board games based on Angry Birds to letting fans vote on which new word should be added to Scrabble. As for Andy, eventually a helpful user named Daniel explains that the new rule could actually help speed up the infamously lengthy board game. The Monopoly page thanks him for his contribution.

"Monopoly," says Daniel, "you are most welcome."

"Our dictionary has always been a hot topic of conversation."

Right now there are thousands of games available on a device that's always in your pocket, and they're all just a few taps away. These cheap and accessible titles mean that it's becoming increasingly challenging for physical experiences like board or card games to stay relevant. For Hasbro, the company has most recently turned to Facebook as a tool to combat this. Last year the company tested the waters by letting users decide which new token should be added to Monopoly, and which should be taken away. (In true internet fashion, you can now play the game as a cat.) But last month Hasbro really sped things up, kicking off two new promotions for two of its biggest games: Scrabble and Monopoly.

Both games have long standing traditions — Scrabble debuted in 1936, while Monopoly first launched in 1933 or earlier — and Hasbro is hoping to rile fans up by tapping into some of the more controversial aspects, like Scrabble's dictionary or the fact that everyone plays Monopoly with different rules. "If it was a topic that there was no emotion over, or no history with, it wouldn't have been as engaging," says Berkowitz. "Our dictionary has always been a hot topic of conversation." 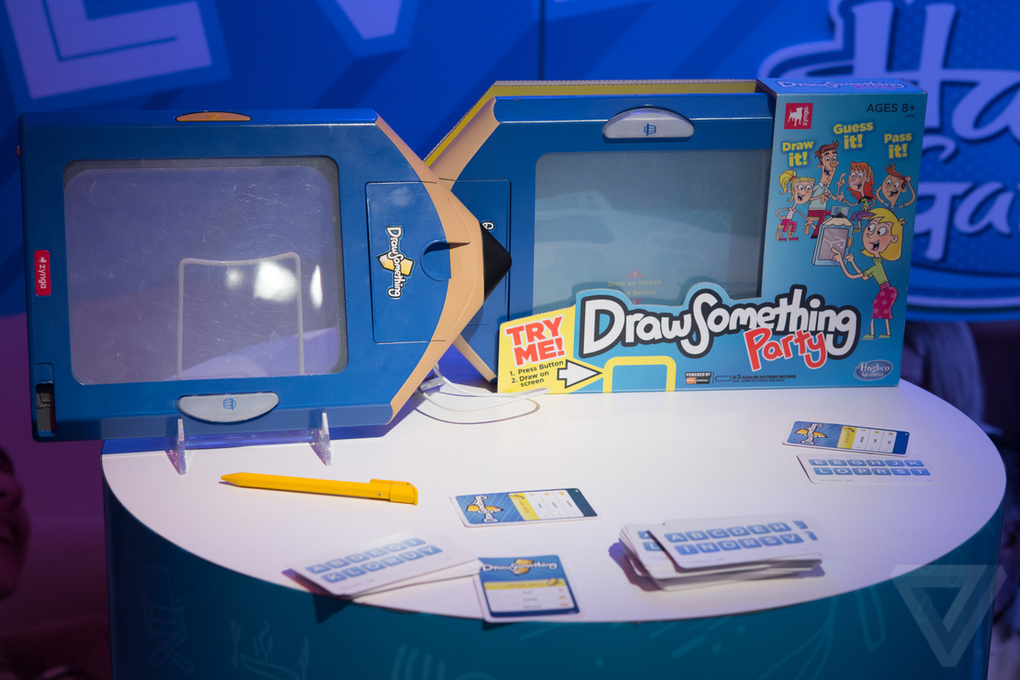 In the same attempt to stave off irrelevancy, the company has also partnered with companies like Rovio, EA, and Zynga to create board game versions of the latest hot new thing in video games — if you ever wondered what swapping Bejeweled gems would be like in real life, there's a board game for that. It's gotten to the point where you can buy board games based on video games inspired by board games, including flash-in-the-pan hits like Words With Friends and Draw Something. Last July, Hasbro even purchased a 70 percent stake in mobile-game studio Backflip, creator of successful games like DragonVale and publisher of the upcoming SeaBeard.

But while big companies like Hasbro are using an "everything and the kitchen sink" approach to keeping their board games relevant, modern games made by independent companies are having an easier time making physical games that work in our increasingly digital world. Crowdfunded card game Cards Against Humanity, for example, made a stir thanks in large part to its purposefully offensive content — it's a game where you play cards with phrases like "the gays" and "MechaHitler," making it great for posting pictures on Twitter or Instagram.

It's also completely free if you want, because you can download the cards and the rules from the game's site and print them yourself. Meanwhile, a Creative Commons license invites other designers to remix the game in different ways, even allowing for fan translations in everything from Estonian to pirate. It's a kind of fan participation and crowdsourcing that's particularly native to the web, even though the game itself is physical. (There was also an expansion pack based on Netflix's House of Cards series.) 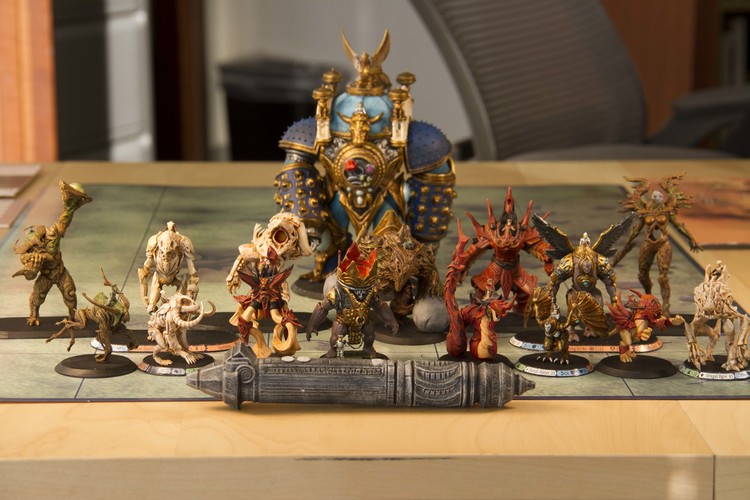 Even experienced creators like pen-and-paper RPG legend Jordan Weisman are using new online tools to make older game concepts feel more modern. His studio's upcoming title Golem Arcana is an elaborate blend of a mobile title and a traditional role playing game — there's a board and miniature figures, but you also have a Bluetooth-enabled stylus so you can tap on a real-world object and see information appear on your tablet. You get the nerdy fun of painting figures with some cool tech added in. Like Cards Against Humanity, the game also involved fans through crowdfunding, raising more than $500,000 on Kickstarter.

There's still room for a wide range of board games

While Hasbro is putting massive amounts of effort into reaching new audiences, fans are discovering these indie games and lesser known classics naturally online. Without big marketing pushes, board games like Carcassonne and Settlers of Catan have become huge success stories, while card games like Netrunner have slowly become a popular topic of conversation on Twitter, enticing new players nearly two decades after its initial release. The ongoing success of these smaller titles coupled with Hasbro's efforts (the company saw a 10 percent jump in games-related revenue in 2013) seems to show that there's still room for a wide range of board games — they just need the right digital components.

Meanwhile on Facebook, Monopoly fans seem particularly riled up about another potential new rule, which would let your mom get out of jail for free every time, no questions asked. The debate is surprisingly lively and everyone seems to be having fun. There are a few mothers who feel they could use the extra help, but it seems most people aren't in favor of this particular "house rule" being added to the game. "This is unfair, all players should have equal rights," says Julio.

"If and when I win," explains Holly, "I do not want anyone thinking it was a tainted win."

R
Russell BrandomTwo hours ago
The US might still force TikTok into a data security deal with Oracle.

Turn anyone into a pokémon with this AI art model