Ian Miller had a unique toy box growing up. Owing to his mother’s job at a theatrical costume company, he didn't spend much time playing with toy cars or dolls, but instead props and costumes from various plays and films like The Wizard of Oz and Sinbad the Sailor. He was surrounded by fantasy from an early age. That childhood, filled with regular trips to watch plays and movies, helped forge an imagination that Miller turned into a decades-long career as an artist. His dark gothic style blends elements of the natural and the mechanical into a unique look that has led him to work on everything from games like Warhammer and Magic: The Gathering to books like the Lords of the Rings compendium A Tolkien Bestiary. He first graduated from art school in 1970, and to this day he's still working on graphic novels, private commissions, and more.

"If you are around long enough you become something of a fixture," Miller says of his longevity, "like an old building that stands out." 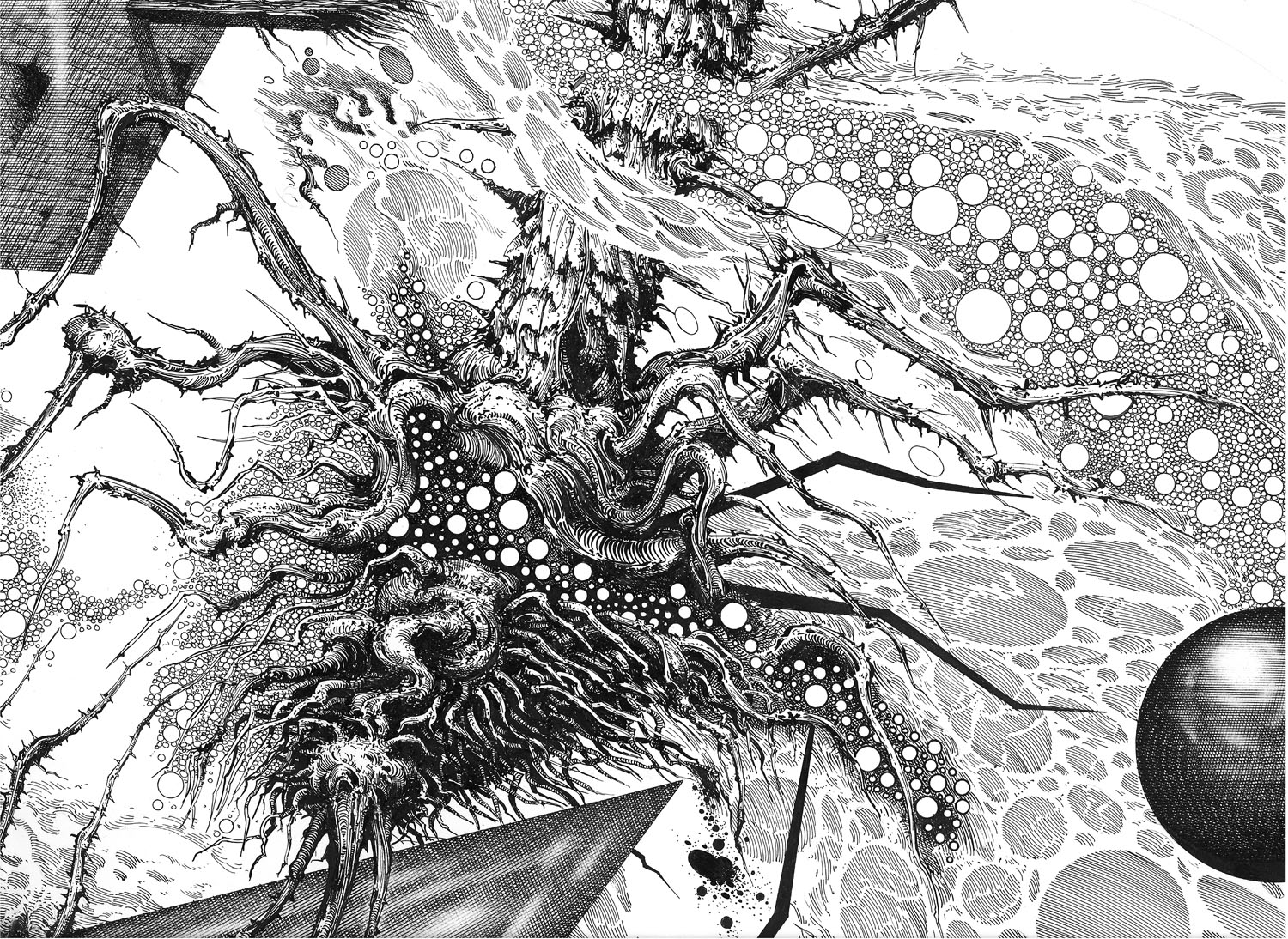 Miller's first big gig was creating background scenes for the 1977 animated film Wizards, directed by Ralph Bakshi. He's done pre-production work for several other films since, including the original Shrek, but his best-known work arguably comes from outside of Hollywood. His intense style was a particularly good fit for the paperback covers of H.P. Lovecraft novels like At the Mountains of Madness and The Haunter of the Dark short story collection, and his vivid interpretations of Tolkien creatures are fondly remembered.

While larger, more notable projects such as these are satisfying to work on, Miller says he particularly enjoys working on individual commissions, because he has a lot more freedom. "I accept work on what I term a 'free fall' basis," he says. A client will tell him what they would like to see in a piece, as well as a few things they don't like, and he goes from there without a specific image in mind. This process involves a leap of faith from those commissioning the work, since they have no idea what the piece will turn out like. "I have a very exciting commission in hand at present including seahorses," says Miller. "I can’t wait to see what happens." 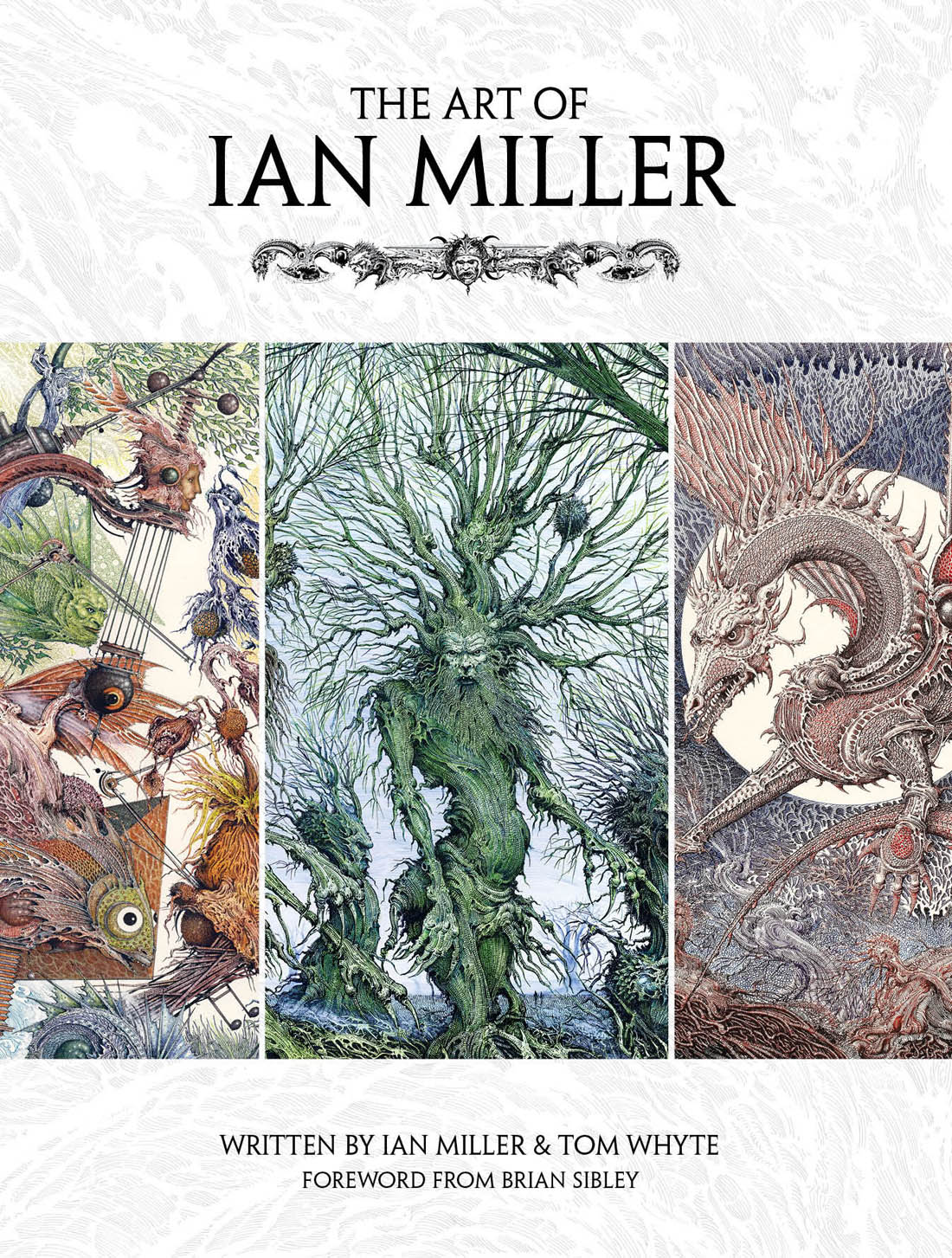 "Why do I keep drawing fish?"

Miller pulls inspiration from multiple sources, but one ongoing theme in his work is the merging of the natural world with strange mechanical contraptions — he has shown a surprising fascination in particular with fish creatures that look like steampunk robots. "I like the visual interplay — counterpoint if you will — that exists between organic shapes that flow and are sinuous against those that are regular, hard surfaced, and geometric," he says. "Biological and mechanical offer an obvious device for expressing this. That even the most amorphous of forms has an internal regular structure, whether it be cell or otherwise, all goes to underpin this visual illusion."

Having been born in 1947, Miller is part of a talented generation of British artists that helped define the worlds of science fiction and fantasy as we know them. This group includes the likes of Chris Foss, Roger Dean, and John Harris, all of whom were born in the mid-to-late 1940s and are still active today. If there was a set of circumstances that led to this burst of creative talent, Miller isn't quite sure what it is. "I have said several times recently that the world I grew up in no longer exists," he explains. "I could say it was a special time, a transitional time, but I suspect that each generation experiences something similar, and says the same. I know it was slower. There was more time to think, listen, to talk then."

Miller has been continuously creating new work for more than four decades, all in pursuit of improving his craft and pushing at the boundaries of his skills. The results of that career have been compiled in the new book The Art of Ian Miller, which is available next Tuesday. Some artists spend a lifetime trying to perfect a specific image, whether it's a tree or a sunset. Miller is no different — his muse is just a bit more offbeat.

"Why do I keep drawing fish? The process is ongoing, and I like to think the best is yet to come." 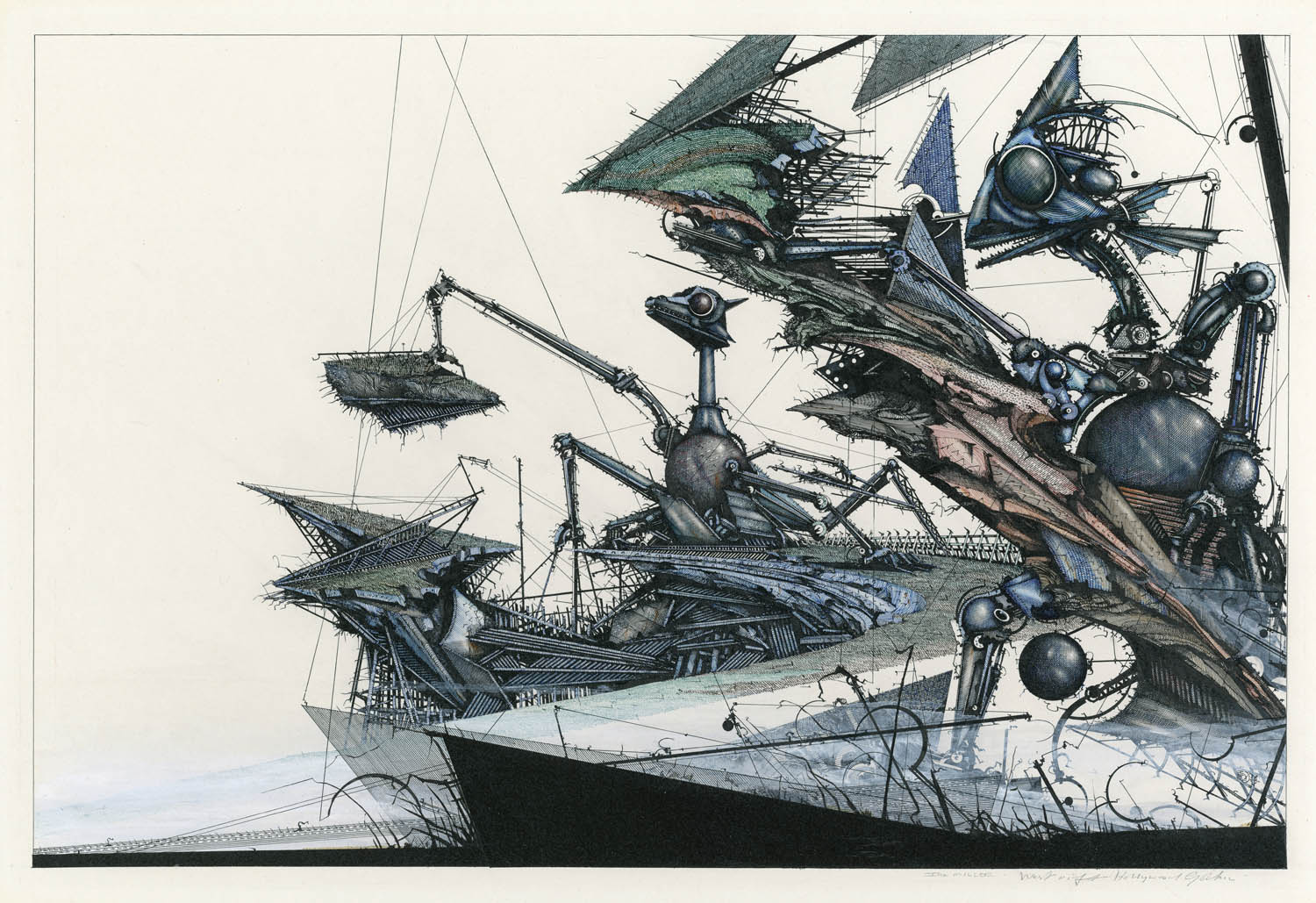 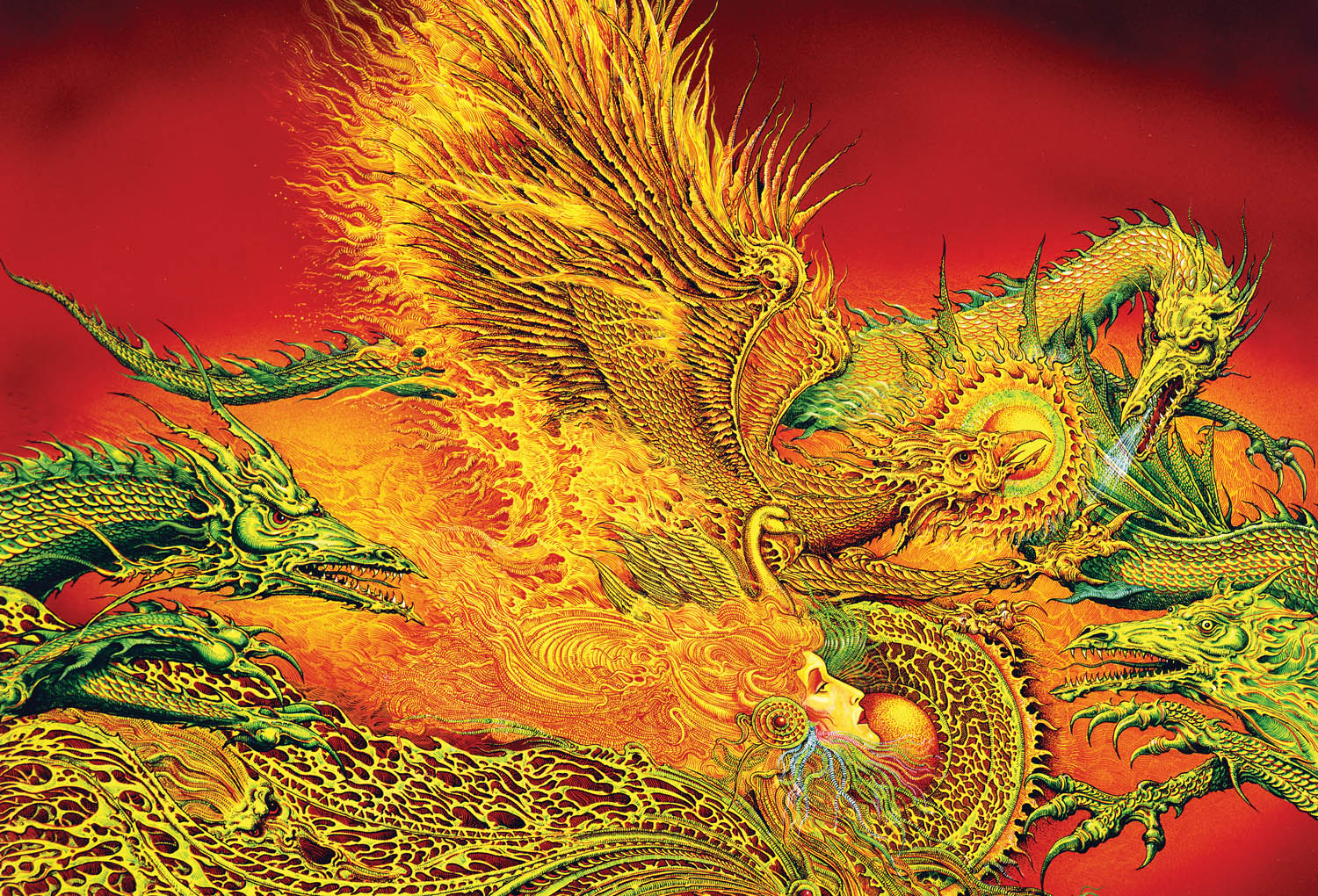 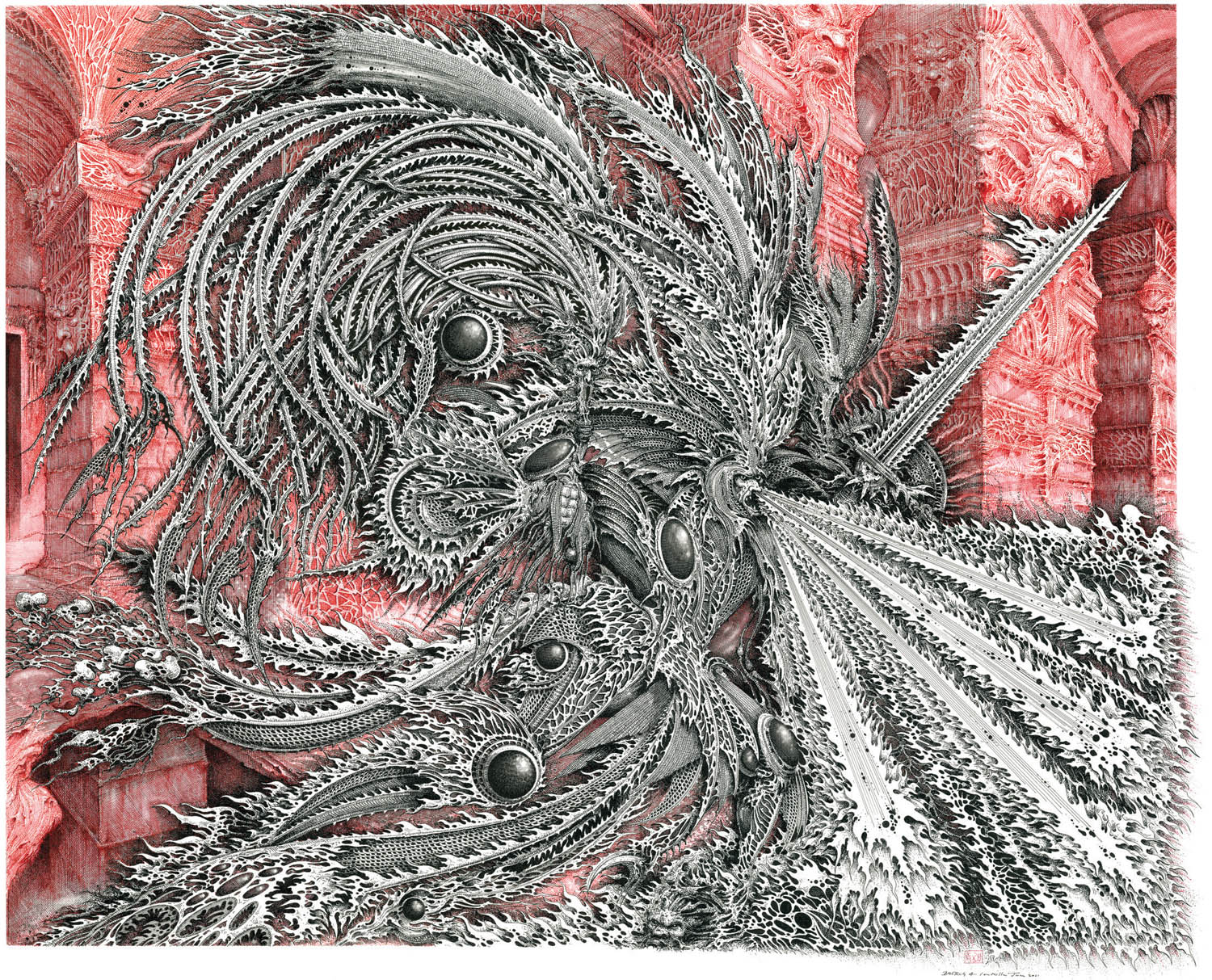 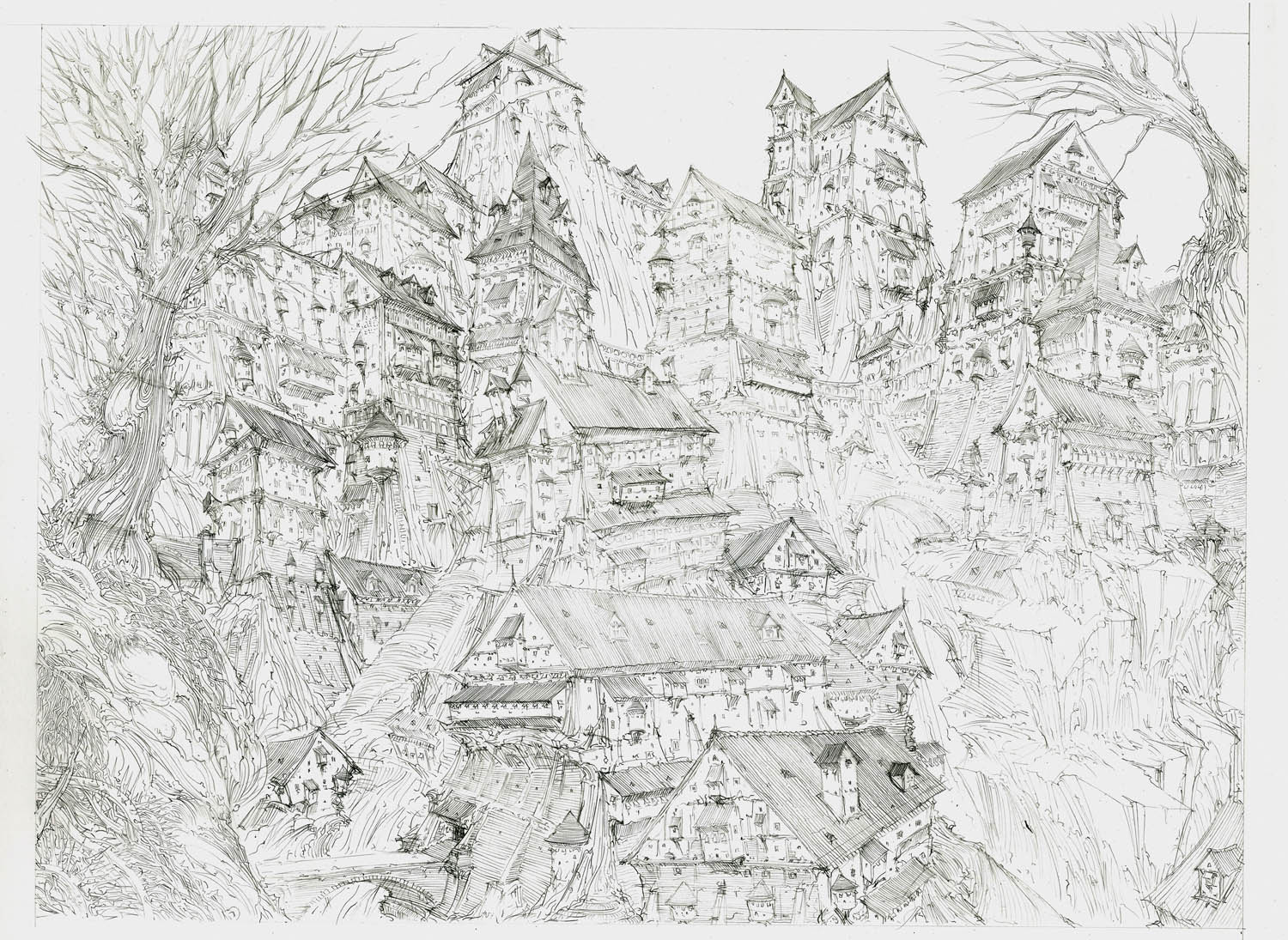