After nearly five full days of court, Apple has rested its case against Samsung, marking a turning point in a trial where billions of dollars hang in the balance. Now it's Samsung's turn to go on the offensive and undercut Apple's effort to paint it as a copycat once again.

In its opening last week, Samsung offered a brief preview of its plan, which will play out over the course of the next two weeks. That includes an effort to downplay Apple's copycat claims by focusing on features it offered that Apple hadn't, like larger-screened phones with removable batteries, LTE, styluses, NFC sensors, and certain software features like multi-window applications. Samsung's also pointed to internal Apple documents and media articles about the success of its marketing, something it's hoping will sway jurors into viewing its popularity as something outside of these specific software features.

Millions...or billions in the balance

At risk for both companies are potentially large sums of money and possible sales bans on products if they are deemed to be infringing on the patents. In Apple's case, it wants damages of $2.191 billion, whereas Samsung's going after Apple for about $6.9 million. These amounts could be far less, depending on how the jury decides. That was the case in a similar trial between the companies two years ago, where Apple wanted between $2.5 and $2.75 billion and ended up winning $939.8 million instead.

So far, Apple's plotted a noticeably different course than it did during the 2012 trial. It's trading off expert witnesses who helped create some of the patented features with other experts who've done their best to explain the inner workings of those same patents. But they were talking to an eight-person jury of regular human beings, and the transition between those changes was not always so smooth.

Greg Christie, an outgoing Apple manager who led the company's Human Interface group, described the iPhone and iPad's beginnings as a narrative filled with overwhelming risk and personal sacrifice. The same went for Phil Schiller, Apple's marketing chief, who said the iPhone was a "bet your company" moment that could have easily sent Apple towards embarrassment and financial ruin. Later on, those testimonies were starkly contrasted by people like Alex Snoeren, a professor of computer science and engineering at UC San Diego whose job it was to explain the dry language of two Apple's patents, including one that synchronizes data. Another Apple witness tried to describe the slide-to-unlock patent as mentally "enjoyable." 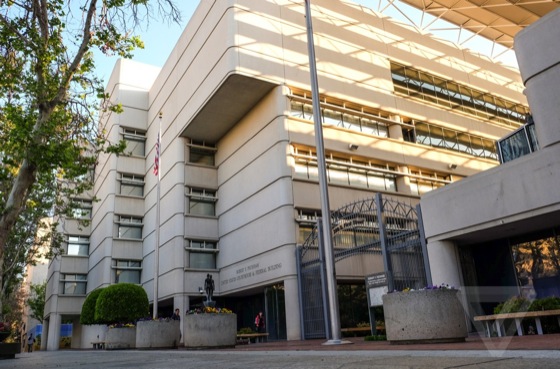 Most of today was spent with Samsung cross-examining Apple's damages expert Chris Vellturo, attempting to pick apart his evaluations of how much Samsung could be on the hook to pay. That included an effort to convince the jury that they hadn't been given alternatives to the royalty figures Apple's provided, which range from $1.61 all the way up to $15.03 per feature, per device — totaling $40.10 a unit. Those amounts have been applied to 37.36 million phones and tablets Samsung's sold in the US.

Where Apple's case involves five patents covering basic phone features like sliding to unlock,
automatically correcting text, and turning data like phone numbers and addresses into URL-like links, Samsung is only using two patents. One of those covers a photo-gallery feature, and another, video compression. In its opening volley against Samsung at the very beginning of the trial, Apple's attorneys took a swipe at both, saying the South Korean company had simply bought them instead of developing them in-house.

"They want you to believe that patents aren't worth much."

In its opening, Samsung turned that argument on its side, saying the features in question were really a part of Google's Android, and that Apple was going after the wrong company.

"This case is not about these five minor software features. It's not about them causing people not to buy iPhones and instead Samsung phones," said John Quinn of Samsung's law firm Quinn Emanuel Urquhart & Sullivan. "This is really about Apple versus Google / Android."