The hometown of British surveillance gets the Banksy treatment

Share All sharing options for: The hometown of British surveillance gets the Banksy treatment

A new piece believed to be the work of street artist Banksy has emerged in the English town of Cheltenham. It touches on themes Banksy has explored before, namely the "surveillance state," with all the subtlety of a sledgehammer. The untitled artwork subverts a phone booth and satellite dish, adding shady Dick Tracy-esque men that are assumedly listening in on phone calls. As well as appropriating existing objects to make a point, Banksy has used geography — Cheltenham is the home of the UK's surveillance agency, GCHQ.

No one has claimed responsibility for the piece yet, but its style and brash social commentary is very reminiscent of Banksy's work over the years. Should the artist take credit, it'll be his first work since his month-long residency in New York City last fall. We've reached out to Banksy's publicist for confirmation the enigmatic artist is behind the new piece, and will update this article when we hear back. 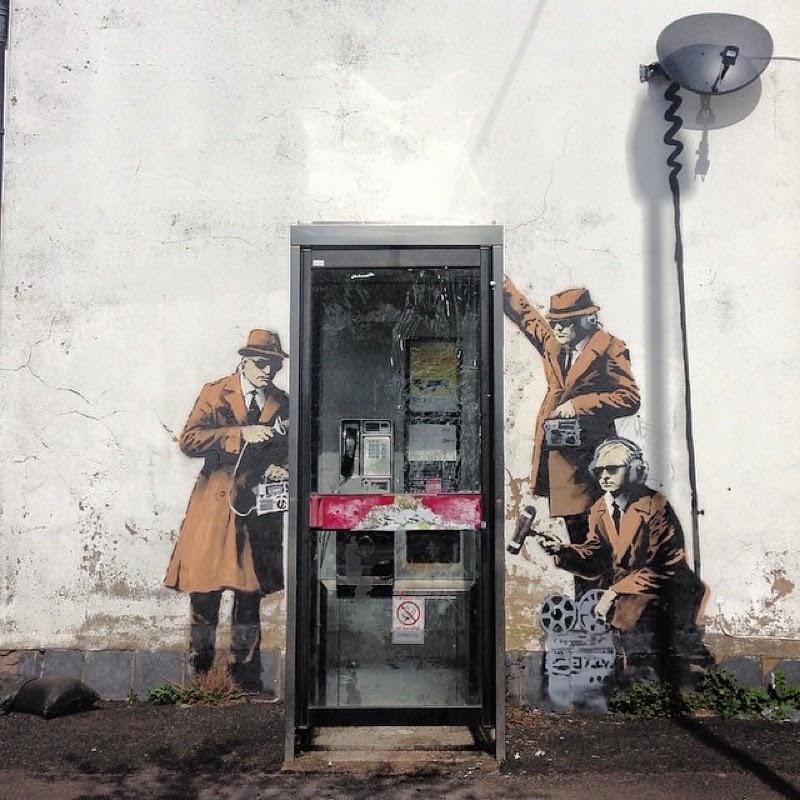