Thanks to his vacuum cleaners, famed designer James Dyson is already helping to keep homes clean all over the world — now he wants to do the same for the Earth's water. Dyson has detailed a concept he's tinkering with called the M.V. Recyclone barge, which uses a similar suction system as his vacuums, but would use it to suck up plastic and other debris floating on the water's surface.

The floating barge first captures the trash in a large net, before it's then sucked inside and processed and separated by type of plastic. It's just a concept right now, but Dyson is hopeful that it could be turned into a useful tool for keeping waters clean. It may not be designed for oceans, but by sifting through rivers it could help reduce the amount of plastic that's fed into our oceans to create problems like the Great Pacific garbage patch. "Recyclone could tackle a concentrated stream of plastic," he wrote in Time last month, "catching it before it spreads." 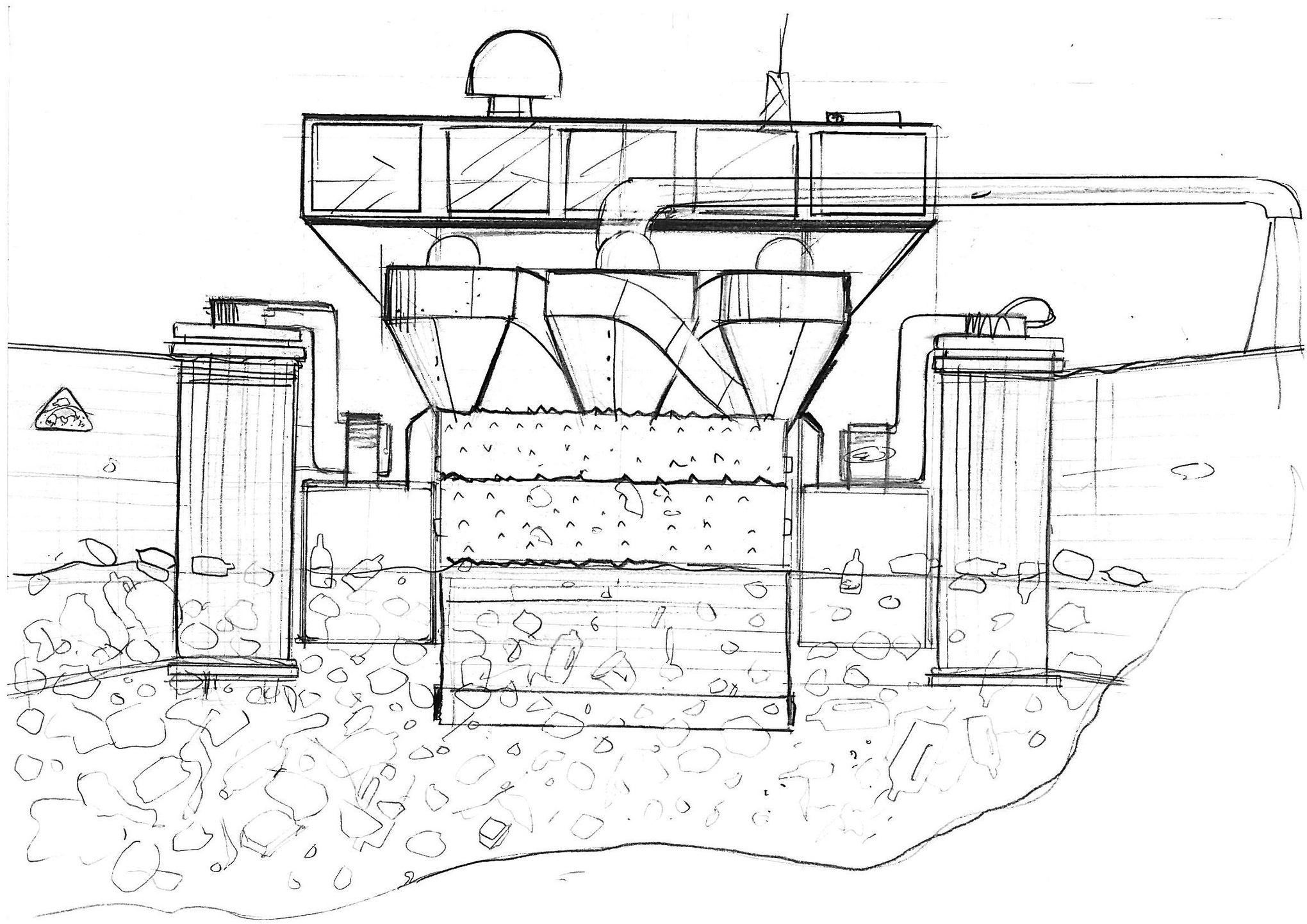