It's a little bit easier for Google+ users to start sending their photos through Gmail on the web today. Google has just added a new photo attachment button that allows anyone who stores their photos on Google+, either through direct uploads or automatic backups, to see previews of all of their images and add them into an email just by selecting them. Google says that you can attach entire albums of photos too and that you'll be able to resize individual images inline. The feature begins rolling out today.

While it's not quite as helpful if you aren't storing all of your photos with Google, there's a good chance that you can start: Auto Backup is available through the Android Photos app, the iOS Google+ App, and through backup apps for Windows and Macs too. Google's been putting a lot of emphasis on its prowess with handling and storing photos lately, and this new tool only plays to that further and highlights just how central Google+ is becoming to its network of services. 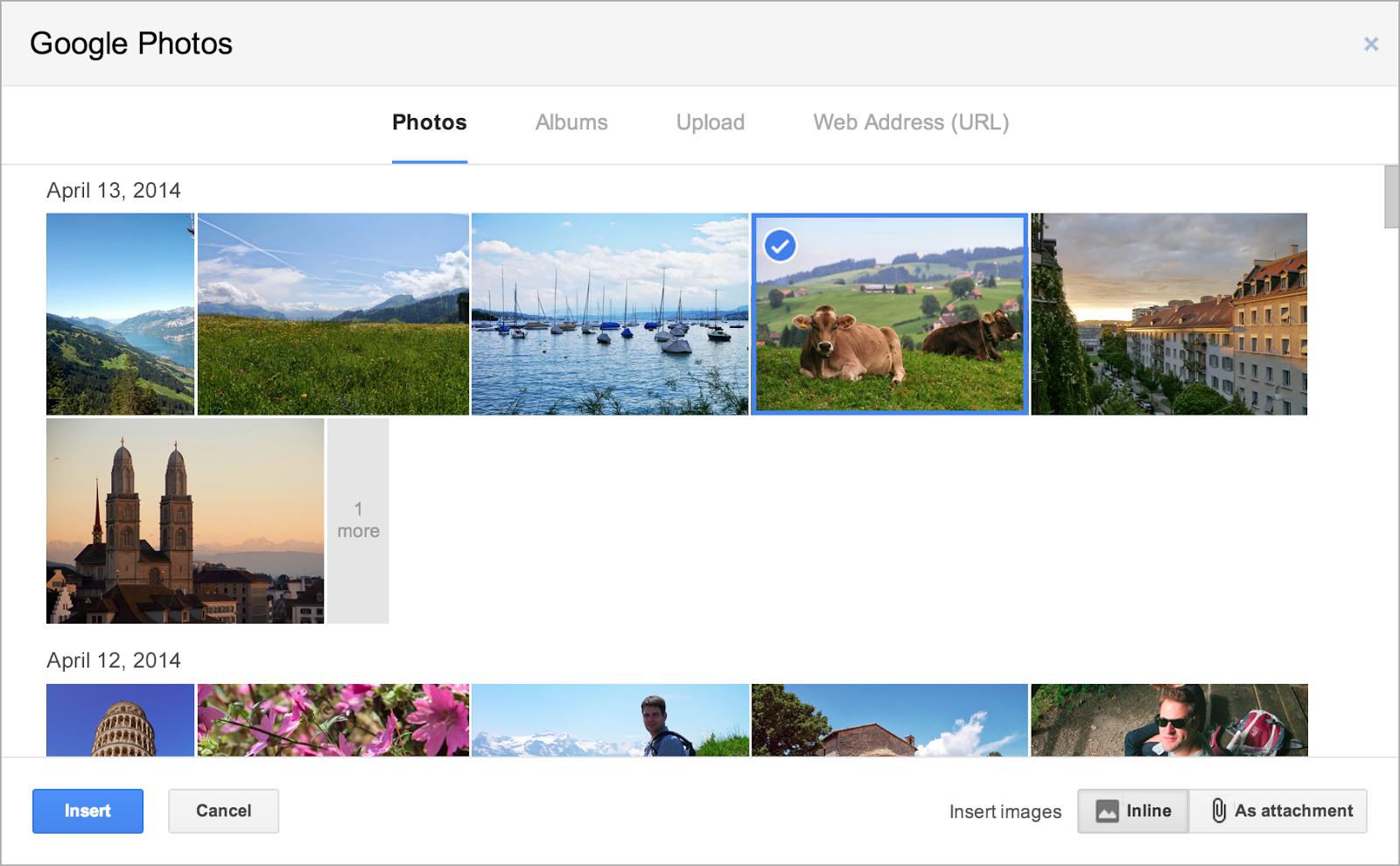