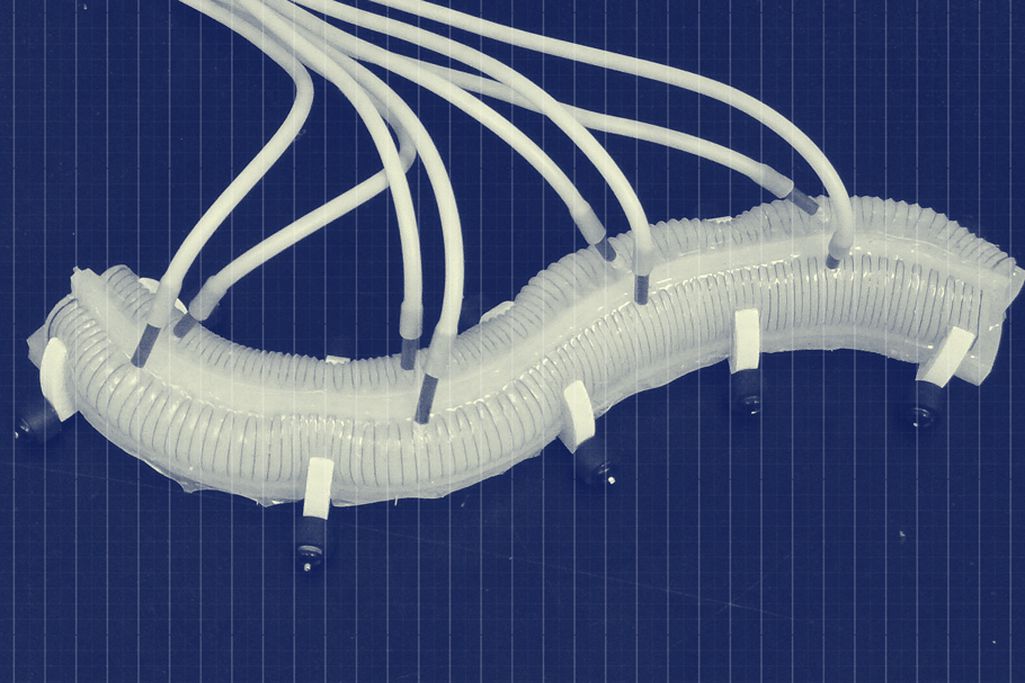 Andy Marchese has a lot of fish tanks but no fish food — his fish prefer batteries and compressed air. On a recent Monday, Marchese conducted an out-of-water demonstration of Bubbles, a pool-green silicone fish that sways its tail as cavities on each side of its body alternately inflate, creating a perfect imitation of a carp. It is the first autonomous, self-contained robot made mostly of soft parts.

Roboticists are prejudiced toward rigid structures, for which algorithms can be inherited from the well-established factory robot industry. Soft robots solve two huge problems with current robots, however. They don’t have to calculate their movements as precisely as hard robots, which rely on springs and joints, making them better for navigating uncontrolled environments like a house, disaster area, or hospital room. They’re naturally “cage free,” meaning they can work shoulder-to-shoulder with humans. If a soft robot tips over or malfunctions, the danger is on par with being attacked by a pillow. The robot is also less prone to hurt itself.

The Bubbles demonstration was a rare glimpse into MIT’s elite Computer Science and Artificial Intelligence Laboratory (CSAIL), the lab that bred graduates who produced the World Wide Web and public key encryption. CSAIL is working on all kinds of robots, but a confluence of key technologies such as 3D printing has inspired scientists from biology, materials science, robotics, and other disciplines to work on a reinterpretation of the robot that looks looks less like C-3PO and more like, say, a squid. 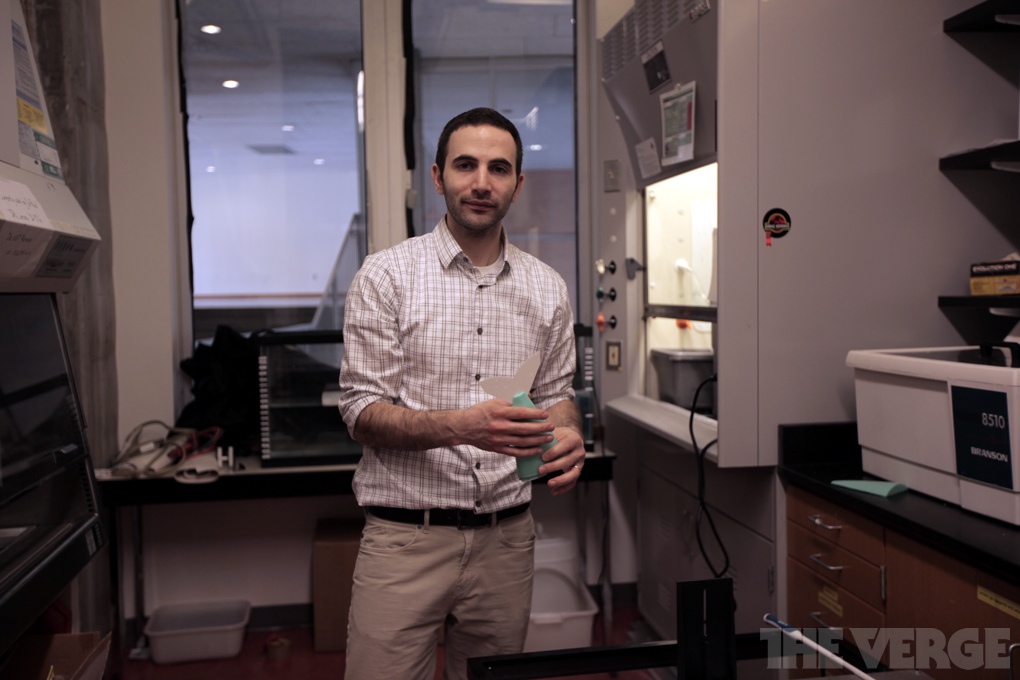 The field of soft robotics has attracted a rush of attention in the last year. Down the road at Harvard, multiple groups are working on soft robotic hands, jumping legs, exosuits, and quadrupeds that can do the limbo. At Worcester Polytechnic Institute's Soft Robotics Lab, researchers are building a snake. In San Francisco, a startup called Otherlab is building inflatable robots that can shake hands, walk, and carry riders. In Italy, a group of researchers built a robotic tentacle modeled after an octopus.

Before the 1970s, car companies made cars safer by making them larger and heavier. Then along came the airbag: a lightweight safety device that folded up invisibly into the vehicle until it sensed a crash. Similar revolutions took place with body armor, bridges, and contact lenses, and these researchers believe something similar is happening with robots.

"It’s not a part of conventional robotics technologies."

"It’s not a part of conventional robotics technologies," says Fumiya Iida, a professor of bio-inspired robotics at the Swiss Federal Institute of Technology-Zurich and a member of the IEEE committee on soft robotics. "They have to think completely differently, use different materials, different energy sources. Definitely this is the way we should go in the long run." One of the most impressive rigid robots in the world right now is Boston Dynamics’ 300-pound humanoid Atlas. If Atlas wants to pick up a ball, it needs to sense and compute the precise distance between its digits and the ball and figure out exactly where to place its hand and how much pressure to apply.

Robots like Atlas "are doing a lot of thinking," says Barry Trimmer, PhD, a professor at Tufts and the editor of a new journal, Soft Robotics, which launched last month. "There’s a lot of hesitancy. ‘Where do I put my foot next?’ Animals just don't do that. We need to get away from the idea that you have to control every variable."

By contrast, Harvard’s starfish-shaped soft gripper only needs to be told to inflate. As it’s pumped full of air, it conforms to the shape of an object until its "fingers" have enough pressure to lift it. Another example would be a human picking up a glass of water. We don’t have to compute the exact size and shape of the glass with our brains; our hand adapts to the object. Similarly, Bubbles doesn’t calculate the full length of its movement. "It doesn’t know where its tail is all the time," Marchese says.

The effort and funding going into soft robotics is miniscule compared to what’s been invested in hard robots, says Saul Griffith, the founder of Otherlab, which recently spun out a soft robotics-focused startup called Pneubotics.

"We are exceptionally early in soft robotics as a field," he says in an email. "There is more hype than substance ... there are only maybe three or four interesting demonstrations of unique function and capacity. With those things said, the flexibility, potential low cost, and good match with human scale tasks makes soft robots very attractive."

There are technological challenges as well. In addition to air and fluid pressure actuators, soft roboticists are experimenting with dielectric elastomers, elastic materials that expand and contract in response to electric voltage; shape-memory alloys, metal alloys that can be programmed to change shape at certain temperatures; and springs that respond to light. These approaches are still rudimentary, as are the control systems that operate the robots (in the case of many of Harvard’s soft robots, it’s simply a syringe of air attached to a tube).

Soft robots could be used in space, medicine, and maybe one day, human wings

The field is so new, however, that no possibilities have yet been ruled out. Soft robotics technologies could theoretically be used in a wearable pair of human wings. More practically, soft robots could easily pack eggs or pick fruit — traditional hard robots, equipped with superhuman grips, are more likely to break yolks and inadvertently make applesauce. A mass of wormlike "meshworm" robots could be filled with water and dropped over a disaster area, where they would crawl to survivors. A soft robotic sleeve could be worn to eliminate tremors or supplement strength lost with age. Soft robots could be used in space exploration, where weight is hugely important; in prosthetics, where they would provide comfort and lifelikeness; in the home, where they can help out around the house without trampling the dog; and in surgical robots, where operators have inspired a few lawsuits after puncturing patients’ insides.

Trimmer even imagines a day when soft robots will be built with lab-grown muscle tissue powered by stores of fat. He believes robotics is truly at the beginning of a paradigm shift. "If this is successful, there won’t really be a field of soft robotics," he says. "Robotics in general will incorporate all of that technology and that approach. There will be predominantly soft robots."