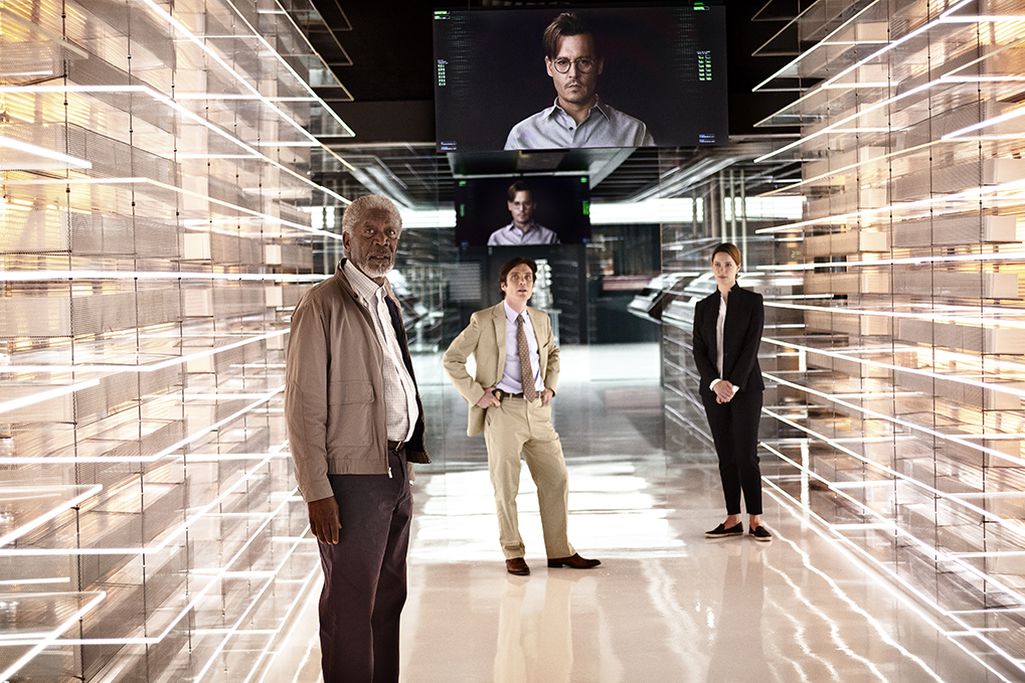 Cinematographer Wally Pfister first teamed up with Christopher Nolan on Memento, and he’s been a vital part of the director’s team ever since. On films like The Dark Knight and Inception, Pfister’s Oscar-winning visual sensibilities allowed Nolan to crystallize his brand of thinking-person’s blockbuster. Perhaps it shouldn’t be a surprise, then, that when it came time for Pfister to step away and direct a film himself, he opted for a big-budget thriller straight from the Nolan playbook.

From a distance, Transcendence has all the earmarks of success. It stars several Nolan mainstays, features the same kind of meticulous photography and production design we’ve come to expect, and mixes a high-concept premise with an intimate emotional core. But the comparisons end there, as the film collapses into a shambling mess of ’90s cyber-paranoia and action tropes that not even the charisma of Johnny Depp can redeem. 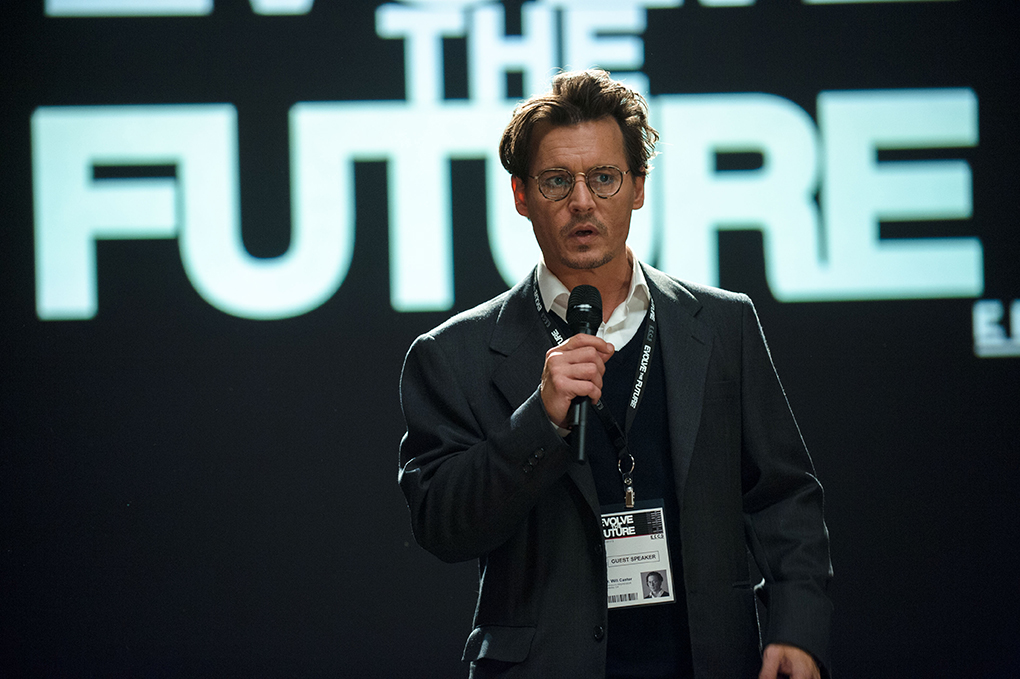 The dying scientist is uploaded to the cloud

Depp plays Will Caster, a scientist specializing in artificial intelligence. With the help of his wife Evelyn (Rebecca Hall, The Prestige) and best friend Max (an underutilized Paul Bettany), Will has made strides towards creating a sentient computer system called PINN. That’s Physically Independent Neural Network, in case you’re wondering; apparently the WOPR from WarGames was busy.

Caster’s goal is to reach the point where computers become more intelligent than humans. Futurists like Ray Kurzweil call that moment "the singularity," but Will has his own name for it: transcendence. An anarchist group named RIFT (Revolutionary Independence From Technology) doesn’t share Will’s vision, however, and in order to halt progress the group organizes a series of research-lab attacks that culminate with Will being shot. Desperate to save her dying husband, Evelyn uploads Will’s consciousness into PINN. The resulting Depp / computer hybrid is a new kind of self-aware intelligence, and once set loose online it’s able to evolve, grow, and change the world as he — or it — sees fits. 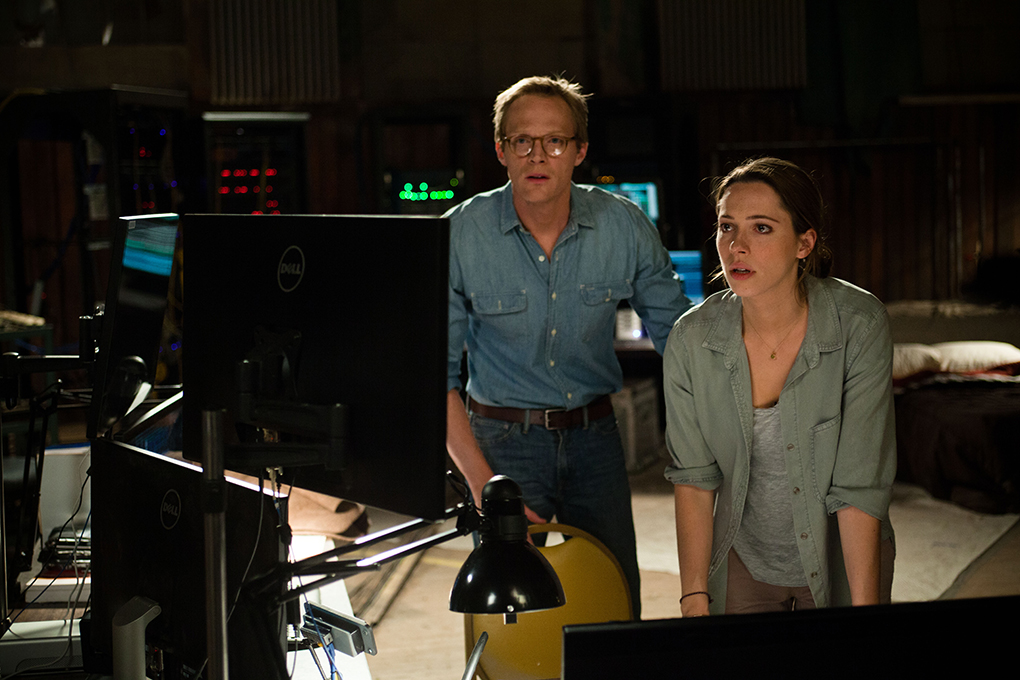 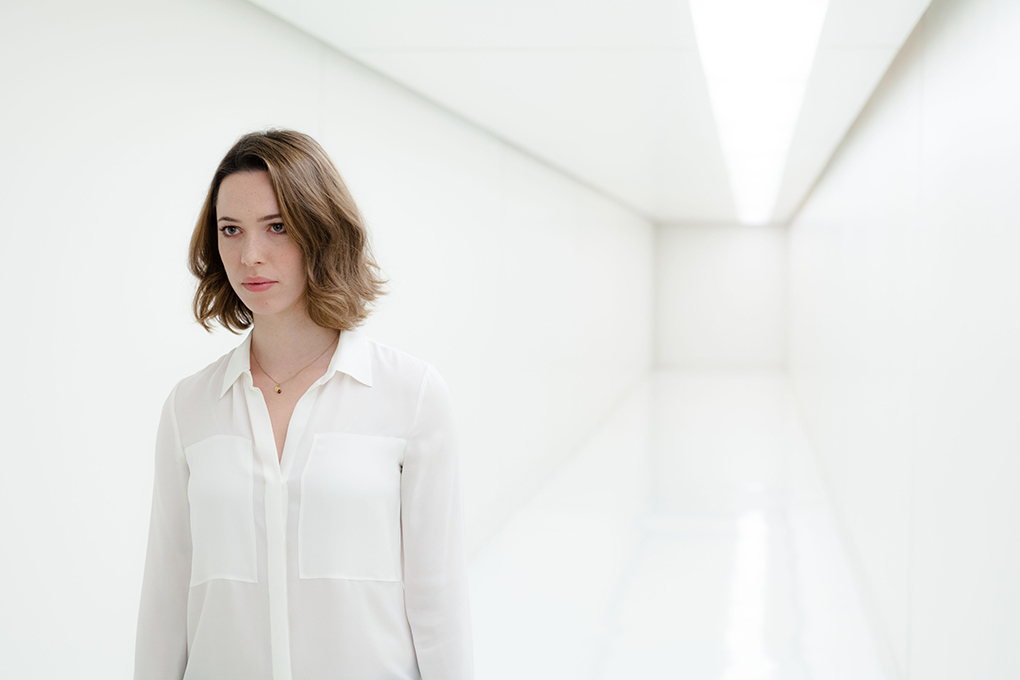 Depp seems disinterested without a crazy costume to play with

Similar ground has been covered in bad ’90s movies like Virtuosity and The Lawnmower Man, but the spectre of cyber-thrillers past doesn’t doom Transcendence. The problem here is that Transcendence seems to think it was actually made in the 1990s. PINN sounds smart enough to pass the Turing test, but Siri does a better job at speech synthesis. Digital Will has access to nearly unlimited computing power, but he’s unable to generate a photo-realistic image of himself — presumably because a glitchy version feels more "cyber" to audiences. It’s the kind of movie where the good guys plan to solve a problem by "hacking" a system and uploading a magical computer virus, and Y2K doomsday fears are used as a casual reference point.

The talented cast isn’t able to counterbalance the film’s technological tone-deafness, either. Depp seems disinterested without a crazy costume or affectation to play with, and while Rebecca Hall is wonderful as his grief-stricken wife, there’s no getting around the fact that the duo have no chemistry together — even before Will is shot and turned into snow on a monitor. The same is true for Bettany, Morgan Freeman, and Cillian Murphy, all exceptional actors who at times feel like they’re starring in outtakes from entirely different movies. 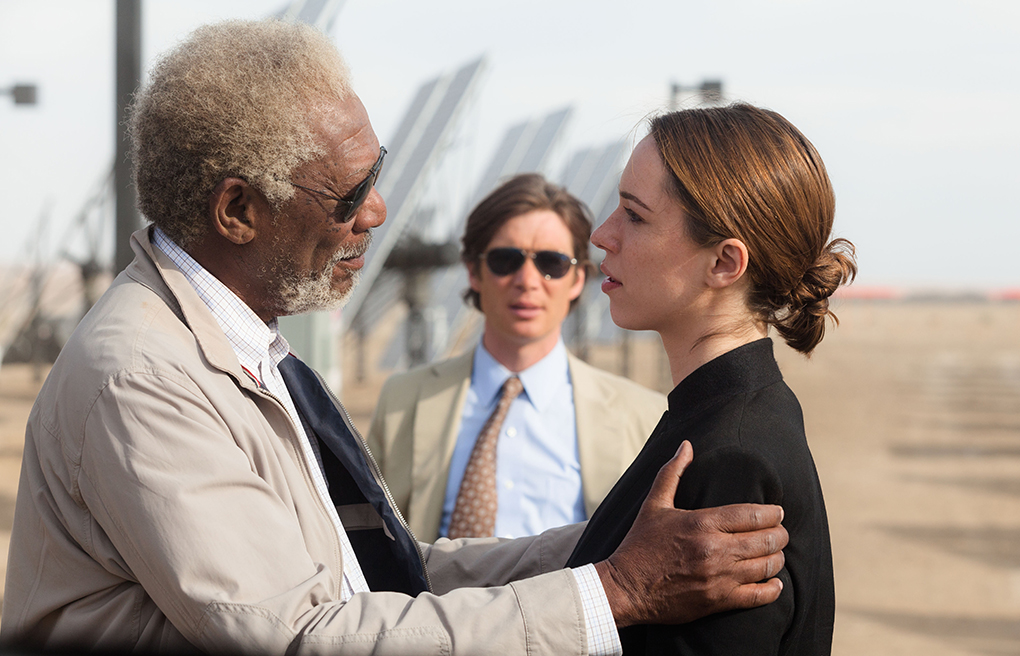 Transcendence is confused, playing as a story about loss one moment, a technological cautionary tale the next, and a thundering action ride 20 minutes later. Mixing tones like that isn’t impossible — Nolan’s films are master classes in the balancing act — but it does require a singular vision to bring all the disparate pieces together. Transcendence never approaches that kind of cohesion, with characters and plotlines vanishing and then resurfacing almost at will. There are so many jarring jumps and missing beats that one wonders if the film hasn’t undergone some heavy re-tinkering on its way to theaters, particularly as the action elements are haphazardly shoved to the forefront.

Most frustrating of all is that there are isolated moments that do work. Evelyn’s storyline is certainly compelling, the visuals are lush, and the concerns the film raises about technology run amok are more relevant in 2014 than they’ve ever been. If you squint, you can almost see the layered, poignant blockbuster that Transcendence wanted to be — and perhaps could have been, if guided with a steadier hand. Instead it’s an utterly inert film that leaves no impression, even after throwing idea after idea up on the screen.