Why can't the social network adapt to how we make (and lose) friends?

When I arrived at the University of Michigan in fall 2007, everybody said "Facebook me."

In the following days, even a passing meeting guaranteed that a friend request would pop up the next time I logged on to Facebook. I felt popular and informed, at all times abreast of what my hallmates, friends, and peers were up to each day. Writing status updates, browsing photos from the previous night’s parties, and searching for girls who were also into Kurt Vonnegut became a daily pastime. The News Feed was the most addictive webpage I’d ever used, letting me people-watch with X-ray vision.

My Facebook feed feels less relevant than it ever has

Now that I’ve left college and settled in with far fewer friends, remnants of my past life float through my feed like ghosts in the night. Facebook’s intelligent algorithms think that I still care about most of these people, that their "life events" should be a part of my daily "newspaper," which is how Mark Zuckerberg sometimes describes Facebook. It’s an outdated way of thinking about social networking, and as a result, my Facebook feed feels less relevant than it ever has.

In the real world, losing touch with people happens naturally and effortlessly, but on Facebook, unfriending is reserved only for breakups and acts of malice. So, the ghosts floating through my News Feed vastly outnumber the friends I’ve kept. My Friends list went from a roster of my current friends to a collection of everyone I’ve met in the last 10 years — a social group too massive to feel urgent, and too broad to share with on a daily basis.

Facebook is broken for its earliest users, and perhaps soon, for many of its new ones as well.

College, where Facebook got its start, was a golden moment for social interaction. And in college, Facebook’s friendship model made sense. Becoming Facebook friends with someone served as an all-access pass to their photos, statuses, events, and updates past, present, and future.

But after just a few years, sharing on Facebook feels like walking up to a group of parents, teachers, friends, cousins, camp counselors, classmates, and colleagues, and boasting about my latest accomplishment, or about the merits of the brunch I just ate. "People treat posting on Facebook like it’s public," says danah boyd, a sociology researcher who interviewed over 150 teens for her recent book on social media. If Facebook wants its News Feed to remain the source of news about friends, family, and other people we care about it, it needs to change its definition of friendship. 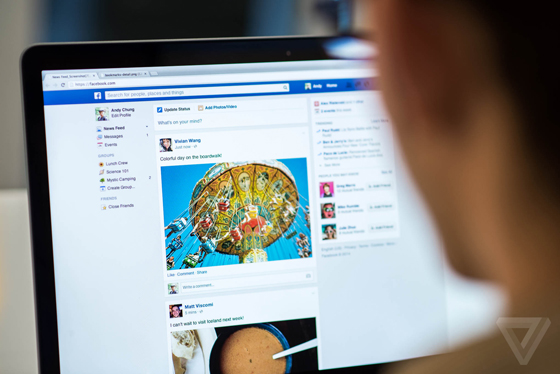 In a recent study of 24 students moving from college life to work life over an 18-month period, The University of Oxford’s Felix Reed-Tsochas made an interesting discovery. "Although social communication is now easier than ever, it seems that our capacity for maintaining emotionally close relationships is finite," he said. "Individuals are able to keep up close relationships with only a small number of people, so that new friendships come at the expense of ‘relegating’ existing friends." Despite having a number of hyperconnected apps at their disposal, Reed-Tsochas’ students weren’t actually keeping up with more people. Instead, they were swapping out less important friends with new ones on the fly.

Facebook originally seemed poised to upend Dunbar’s Number, a theory about how many people we can realistically be friends with, but Reed-Tsochas’ conclusion lends credence to the age-old wisdom that we can’t maintain very many friendships. His work is an indication that friendships are fluid, and that our social technology should understand that. The real world is not college, a rare kind of social space that perfectly fits the three conditions many sociologists believe to be the keys to developing lasting friendships: proximity, repeated serendipitous interactions, and a safe setting.

The ability to reach everyone I know in one place is no longer a novelty. We don’t want to see daily updates from everyone we meet in perpetuity. Facebook’s contingency plan for dealing with its friendship paradox — that ballooning Friends lists both clog the News Feed and make it awkward to share — is its increasingly intelligent algorithm, which aims to show only relevant content in your feed. But algorithms can only go so far when we're adding new friends quicker than we're unfriending old ones, and Facebook is afraid to show you the same page twice. When people say, "I hate Facebook," what I think they’re really saying is, "I wish my real friends would post more stuff so my feed wasn’t full of randos."

Facebook has made several changes to address these issues, which mainly span two areas: sharing and News Feed consumption.

On the sharing side, Facebook now lets you share posts only with specific people or with a list of friends you’ve made, presumably in an effort to encourage private sharing. Facebook adds a tiny gray gear to these posts, which replaces the Public or Friend icon. But the gear is nearly impossible to parse (let alone see) as it flitters by in your feed. In other words, it’s not at all obvious when a post is meant just for you, which changes the message of the post. Whenever you receive a Snapchat, in comparison, you know the post was meant for you. Picking an audience one by one is more work, but research shows that Snapchat users actually share more often, on average, than Facebook users.

Facebook lets you add friends to a "Restricted" list, a group of people that can message you and invite you to events, but can only see your public posts. Ironically, the existence of this list helps illustrate exactly why the friendship model is antiquated — it bundles too many functions into one agreement. Giving someone your phone number so they can text you doesn’t necessarily mean you want them to see years of old photos you’ve posted. Facebook also plans to update its specific sharing options to help users understand when they’re sharing publicly and when they’re sharing with their friends, but this change fails to realize that helping users decide between Friends and Public isn’t the problem. The problem is that your Friends list is hardly a list of your friends anymore.

On the News Feed consumption side, last December Facebook added an Unfollow button on user profiles that lets users remove friends from their feed without unfriending them. The ability to unfollow friends isn’t new, but had been buried inside a menu and called something different. The new button has tripled the number of unfollows Facebook has seen, the company says, which indicates that people are indeed looking to curate their crowded feeds.

Meanwhile, a newer, more attractive model for news feeds has emerged inside Instagram and other apps populated not by "friends," but by the people you’ve chosen to follow. These apps are friends lists paired only with specific functions — the polar opposite of Facebook, where friendship grants you a whole lot more: the ability to invite someone to an event, buzz the phone in your pocket with a message, and write on your wall where your friends and family can see.

Instagram’s follow model isn’t perfect, but seems more perfect for a world made of feeds

Facebook has already taken clear steps to adjust itself to fit our sharing habits today, but the social network simply augments the current system instead of truly changing it. Facebook could change its friendship model to account for the fluidity of real-world friendships, or at least heavily emphasize posts in the feed that were shared amongst a smaller group of people. Facebook could even let users curate a separate Friends list inside of Messenger, for example, since not everyone you want to message is someone you want seeing your baby photos. These sorts of solutions are easier said than done, however — one of the lessons of Google+ is that people aren’t interested in managing "Circles" of friends. These aren’t easy problems and if there is a perfect solution, nobody’s found it yet. Instagram’s follow model isn’t perfect, but seems more perfect for a world made of feeds. In Instagram’s world, you can easily curate your own feed, and less awkwardly act as gatekeeper of who can see you in theirs.

I’m not talking about killing off "public" sharing entirely. Sharing on Facebook has its own set of advantages, like the ability to see photos tagged of friends — not just photos posted by friends. I’m only talking about ensuring that "public" sharing, as boyd says, doesn’t feel like Facebook’s default behavior. There are still plenty of situations where you want to share a big moment with all of your colleagues, or family members, or teammates. People turn to email for these kinds of personal yet public announcements, which says to me that there’s a problem for Facebook to solve. Facebook’s Groups product is used to similar end by more than 500 million people, and Zuckerberg said recently that Groups would likely become a bigger focus going forward. "There are all these different ways that people want to share, and compressing them all into a single blue app is not the right format of the future," he has admitted.

I still share on Facebook because it’s the simplest way to reach all my friends and family in one fell swoop, despite the collateral damage I might be incurring by being seen as an over-sharer by some. As we increasingly shift our communication towards tighter, more contextual services — Snapchat for goofy daily updates with close friends, Hipchat or Slack to talk to colleagues at work, Hangouts or Facebook Messenger to talk to friends during the day, and Instagram to post photos of our daily travels — Facebook’s broad approach to sharing feels blunt and imprecise. Facebook is still far and away the best site for sharing photos with friends, but pretending that the acquaintances we’ve accumulated during life are our friends is an outdated way of thinking about social networking.

Facebook — the identity service of our age — is not in grave danger, but its conventional ideas of a "friend feed" might be. People-watching will always be fun, and Facebook fills that need, but the future of social networking will likely look very different — filled with smaller, contextual places to share different kinds of things. Sharing with "all friends" as early Facebook mandated we do will and should exist, but I think the times we’ll share so broadly will be fewer and further between.