Every OEM needs to make a decision on what components to put in their phone. They can choose a really good camera, that they know will at least be competitive with upcoming flagship phones. They can choose to use a MUCH better camera than everyone else - but at the cost of other components (weaker processor, lower resolution display, such as the S4 Zoom or whatever), or at the cost of a higher price tag, for which not many consumers will pay.

Then there are also wrong camera decisions, such as the one HTC made - like putting "two mediocre cameras" on the phone, instead of a very good one, just to obtain that depth of field effect, which Google has just made irrelevant with Lens Blur, without the need for a second camera.

Maybe HTC knew this would be possible with one camera in the future, maybe they didn't - but I still think it was stupid of them to use 2 cameras like this, at the price of picture quality compared to competition. If they had to choose between "great quality" and "mediocre quality + DoF" - they should've chosen the "great quality" option. Always. 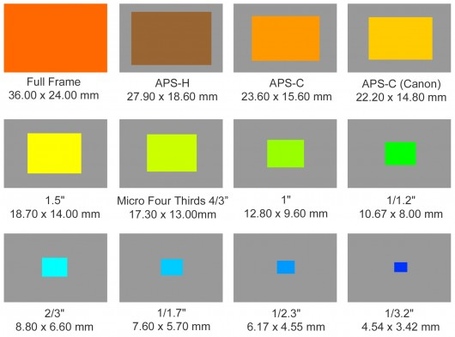 This means that if the resolution is doubled (from 4MP to 8MP), the pixels would be about as big as on the current HTC One camera (or the one from last year). So they'd get to keep their "ultrapixel" marketing, and best-in-class low-light performance, while also getting resolution and detail that is at least comparable to an iPhone.

If HTC is somehow reading this, or even if they aren't, I think I know what they're thinking: "Oh well, we'll just do this next year, for M9". NO! Don't do that. It's too late for that. If M9 moves to 8MP with a 1/2.3" sensor for 2015, it will already be just as obsolete as M8's camera is this year. For M9, they need to prepare a sensor size that is *at least* 1/1.7" in size (preferable 1/1.5") with at least a 13MP resolution, which would also allow them to preserve the "ultrapixel" size, while having a more competitive resolution for 2015 (even iPhone 6 will probably come with a 13MP resolution this year).

This is how HTC should've thought, and how they should think about their cameras, not like adding a second or third camera on the device for some BS effect that's not even that great, and has already been made obsolete by a freaking app, at the cost of a really good and competitive camera.