Norway's latest reality show is about birds in a coffee shop

Norway's latest reality show is about birds in a coffee shop

What do you get when you build a bird house modeled after a coffee shop and stick a camera in front of it? The answer is NRK's Piip Show, a "reality show" that's unlike anything you've ever seen. The 24/7 online broadcast captures every moment as a variety of birds (and sometimes squirrels) stop for a breather and tussle over food that's regularly dropped into the feeder. The show's concept was originally dreamt up by photographer Magne Klann in 2003, but it's now more popular than ever thanks to Norwegian TV station NRK.

Hours and hours of the same thing

The company will be streaming Piip Show through June, and each month the birds will find themselves in new surroundings. There's even a tiny display that urges viewers to tweet about what they're seeing. Oddly enough, it turns out that people are actually watching. Lots of people. 30,000 visitors tuned in on a single day in March, evidence that viewers have had it with the endless bombardment of lowbrow programming that dominates primetime TV. As for Piip Show, you won't see much action if you start watching when it's dark, but it's easy enough to rewind back to daylight and lose yourself (and several hours) to the simple, relaxing, and somehow entertaining stream. NRK even has a "cast of characters" to help identify the types of birds you'll see come and go. 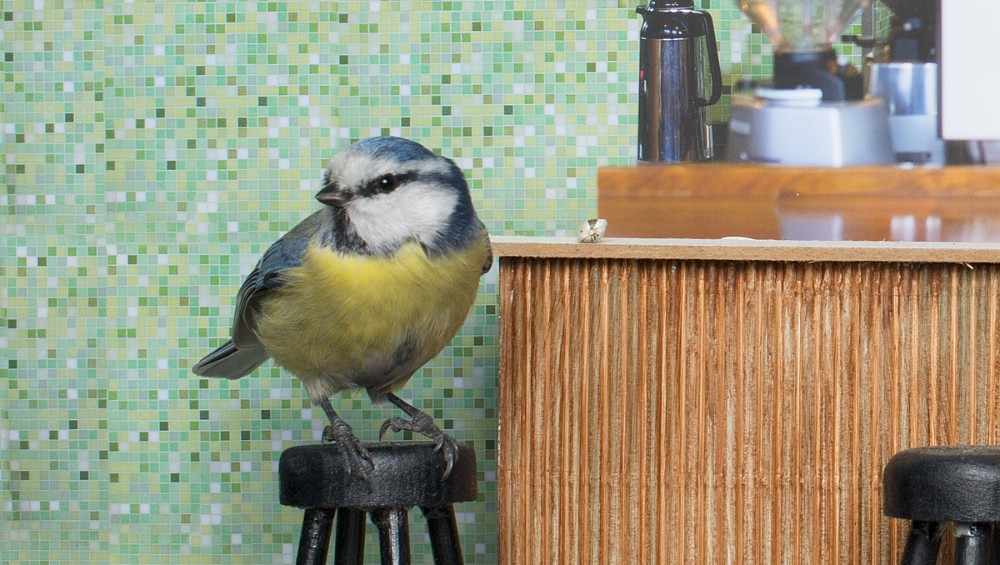 Unexpected and cheap-to-produce successes like these have for years compelled NRK to invest in "slow TV," an oddball genre that seems to break every traditional rule about what makes for good television. Take for example the seven-hour marathon that NRK aired in 2009, when producers stuck a camera on the front of a train as it traveled from Oslo to Bergen. That sort of snoozefest would strike most as a surefire flop, yet 1.2 million people tuned in — nearly a quarter of Norway's population.

Since then, the station has tried several times to outdo itself. Among the highlights: an eight-and-a-half hour sweater knitting lesson, 18 hours of salmon fishing, and a five-day cruise. Think of slow TV as the yule log broadcasts that TV stations (and Netflix) traditionally run on Christmas, turned up to 11. And it seems American audiences may be next to partake in the slow-moving fun. LMNO Productions, which works on shows including TLC's The Little Couple, purchased US rights to the format last year. "In a world where everything moves so fast, it was refreshing to find something so captivating that you did not want to look away from it," the company said.