Nokia has unveiled the Lumia 930, a new flagship smartphone running Windows Phone 8.1. The new phone has a 5-inch, 1080p display housed inside of a rectangular body with metallic sides and a colored back, either orange, green, white, or black. It bears a strong resemblance to the Lumia Icon too, which was introduced for Verizon earlier this year. "The 930 is just a beautifully crafted device," Stephen Elop, Microsoft's upcoming device chief, said while introducing the phone.

The 930 has a Snapdragon 800 processor, supports wireless charging, and includes a 20-megapixel PureView camera with a Zeiss lens, which Elop says should take great photos. "Naturally, as a flagship Lumia device, the Lumia 930 offers unprecedented images and videos," he said. The phone will come with updated imaging software along with some other software improvements, which Elop didn't detail. It'll be released globally, beginning in Europe, Asia, the Middle East, and India this June. It will cost $599 before taxes and subsidies. 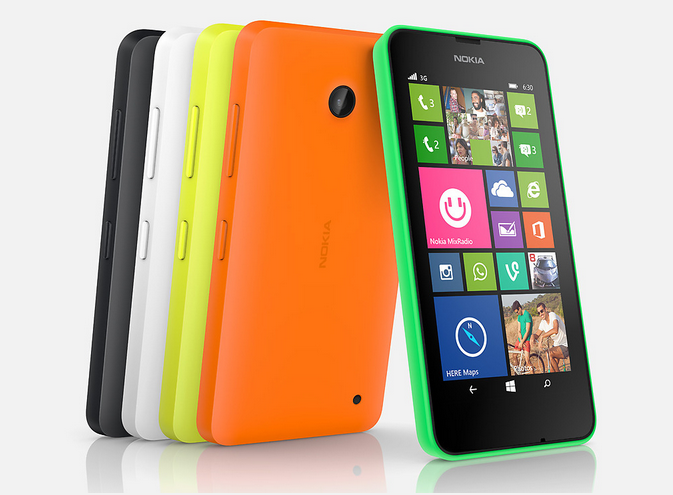 Nokia also unveiled two new low-cost Windows Phones: the Lumia 630 and Lumia 635. "The Lumia 630 and 635 deliver people an entry point to the Windows Phone experience," Elop said. The devices have 4.5-inch displays and will each cost under $200. The 630 comes in single and dual sim 3G variants — a first for Lumias — while the 635 supports LTE. The devices otherwise appear to be the same, with colorful bodies, Snapdragon 400 processors, and low-resolution displays. Sales for the 630 will begin in May, with a price of $159 for a single-SIM model and $169 for a dual-SIM model, without subsidies and taxes. The 635 will be available this summer for an unsubsidized price of $189.

More from this stream Build 2014: Microsoft shows off the future of Windows