President Obama welcomed the Boston Red Sox — 2013 MLB world champions — to the White House yesterday. At one point during the ceremony, team captain David Ortiz snapped an impromptu selfie with Obama. Naturally the photo made its way to Twitter and has since been retweeted and favorited tens of thousands of times. To capture the moment, Ortiz turned to Samsung's Galaxy Note 3, which looked almost like a normal-sized phone in his hands. It turns out his smartphone choice was very deliberate (and sponsored).

Ortiz and Samsung signed an endorsement deal before the slugger's trip to DC, and the Galaxy Note 3 was provided to him as part of the promotional pact. Samsung insists it wasn't sure what photos would result, saying that it merely "worked with David and the team on how to share images with fans." Ortiz confirmed as much in the Red Sox clubhouse earlier today, saying "the photo with the president was a one time in life type of moment. I didn't know that he was going to let me take a picture with him." Ortiz wasn't shy about admitting that Samsung provides him "with phones and other stuff" as part of the agreement reached "a couple of months ago." The White House says it wasn't aware the innocuous moment was part of any marketing stunt. "As the rule the White House objects to attempts to use the president’s likeness for commercial purposes," said White House press secretary Jay Carney. "We object in this case." But the Obama administration isn't asking Samsung or Ortiz to delete any tweets.

Big Papi, Big Selfie. RT @DavidOrtiz What an honor! Thanks for the #selfie, @BarackObama pic.twitter.com/3I7ckLjquf

With the presidential selfie successfully captured, Samsung quickly retweeted Ortiz's photo to its 5 million followers. The company also paid to have Ortiz's tweet promoted according to The Boston Globe. It's hard to fault Samsung for working its way into Boston's big day in Washington. Timely marketing has proven to be a major factor in Samsung's meteoric rise as a smartphone maker. The most retweeted tweet of all time was also taken with a Note 3, after all. Perhaps what's most surprising is that LeBron James — another longtime (paid) Samsung advocate — failed to capture a selfie with the commander in chief before Ortiz. Then again, King James has had some less than stellar interactions with his phone lately. 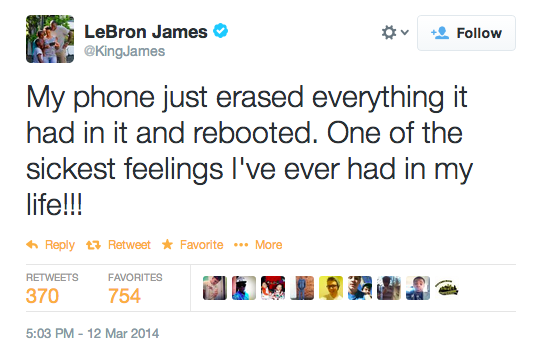 Update April 4th: The White House has expressed frustration that the Ortiz / Obama selfie was part of a marketing ploy. The article has been updated to reflect this.