The increasingly ubiquitous picture characters known as emoji have broken into a whole new frontier — Twitter on the web. Twitter enlisted Twitterrific developer The Iconfactory to design its own character set for web tweets, allowing for a much-improved experience across platforms; until now, emoji support was limited to Twitter apps on systems with the characters built in, like Android, iOS, or OS X. 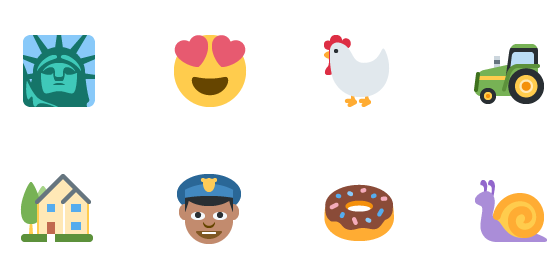 The new emoji aren't yet fully compatible with embedded tweets, however. On Windows, each character appears as a blank square unless you click through to the tweet itself, and other platforms display their regular set. Still, the expansion to the standard web should result in a lot fewer tweets that appear confusingly devoid of emotion.