Powdered alcohol may be coming to a liquor store near you

Share All sharing options for: Powdered alcohol may be coming to a liquor store near you

Putting a can of beer in a brown paper bag is about to look like child's play. A new product that's somehow been approved by US regulators makes booze as discreet as a packet of sugar. It's called Palcohol, and it transforms a shot of vodka or rum into a pocketable pouch of powder. Tear it open, add some water, mix, and you've got hard liquor. Considering the age group that Palcohol is going to appeal to, however, the sweet, pre-mixed powders are probably going to be far more popular. To start off, the company plans to make margarita, mojito, cosmopolitan, and lemon drop flavors.

(Update: it turns out that Palcohol received approval by mistake and has now had its label revoked, potentially preventing it from reaching store shelves. You can read more on the development here. The original article continues below.) 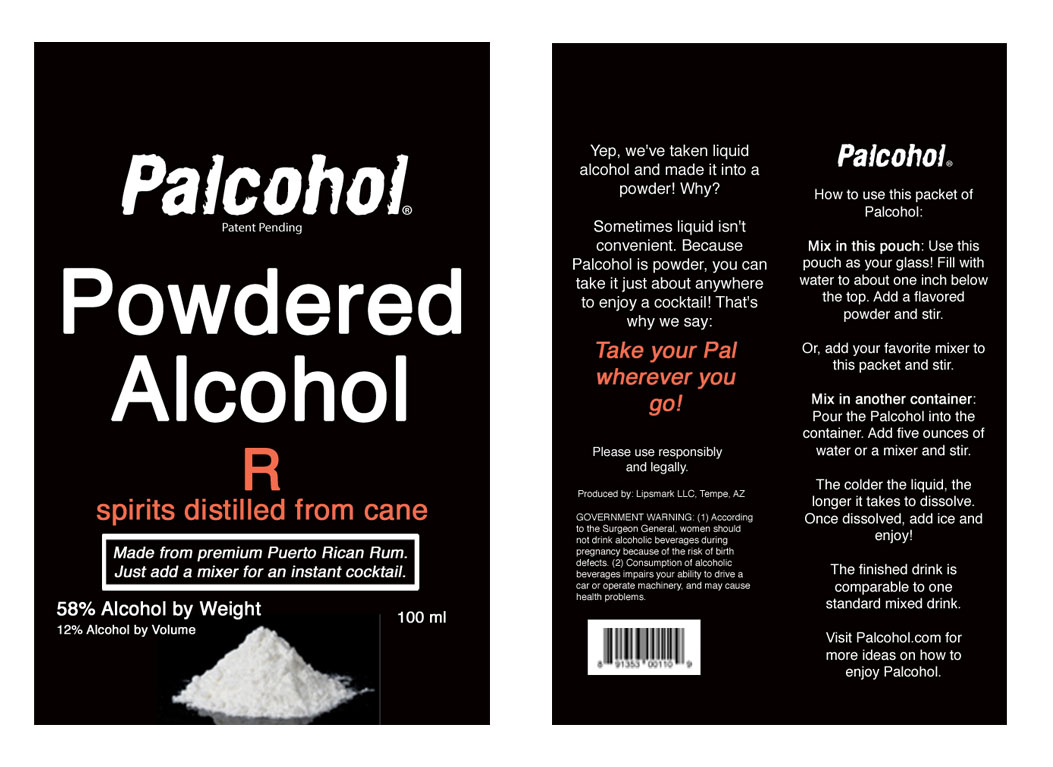 It's not hard to come up with ways kids are going to get in trouble with this one, but Palcohol offers a few suggestions on its website (cached) ranging from sneaking booze into places like movie theaters and college sporting events (where alcohol is banned) to sprinkling it directly onto food so teens don't even have to stomach the bitter alcohol flavor. Just in case you don't get the idea, the product's motto is "Take your Pal wherever you go!" The original site, which has now been replaced with a more responsible, updated version, even offered this gem:

Letâs talk about the elephant in the roomâ¦ snorting Palcohol. Yes, you can snort it. And youâll get drunk almost instantly because the alcohol will be absorbed so quickly in your nose. Good idea? No. It will mess you up. Use Palcohol responsibly.

The updated site now says that the powder is cut with enough filler to make snorting inefficient. Nevertheless, you may soon be able to give it a try for yourself. According to government documents dug up by beverage industry blog Bevlog, the Alcohol and Tobacco Tax and Trade Bureau (TTB) has approved the powdered alcohol. However, there are still some hurdles for Palcohol to overcome before it goes on sale. Robert C. Lehrman, the attorney behind Bevlog, points out that the numerous industries that have a vested interest in keeping powdered alcohol off shelves will stand in the way. There are also state regulations, and even if the government provided its full approval, retailers and wholesalers would still have to get on board. Nevertheless, Palcohol's founder says that he plans the product to hit liquor store shelves this fall.

Update April 21st, 12:48AM ET: This article has been updated with comments from Robert C. Lehrman, an attorney who specializes in beverage law and writes the Bevlog blog.

Update April 22nd, 11:00AM ET: This article has been updated to note that Palcohol's label has been revoked.