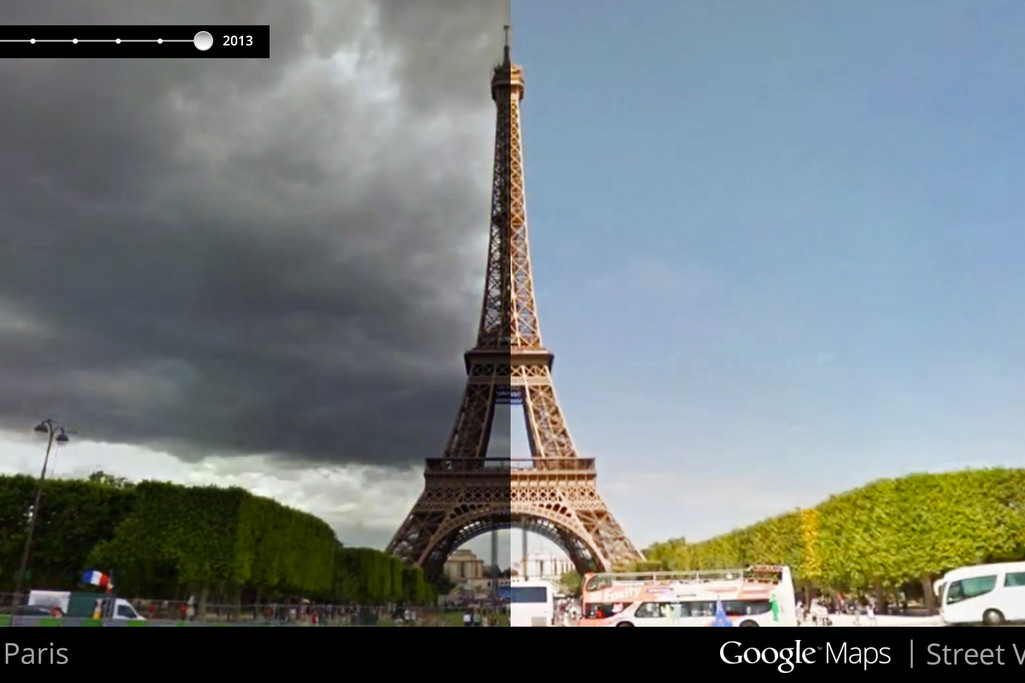 Three years ago, a magnitude 9.0 earthquake struck off the coast of Japan and moved the entire island by 8 feet, changing the way the Earth spun on its axis in the process. The devastation of the tsunami that followed resulted in the loss of thousands of lives and billions of dollars in damage to homes, businesses, and the country’s infrastructure.

In the aftermath, Google set out to preserve imagery it had captured prior to the disaster, including original Street View recordings that became an unintended time capsule. The company made a one-off site called Memories for the Future that let viewers see certain areas before and after the devastation. It was an unusual site considering Google’s standard operating procedure: a feverish pace of updates that erased the old with the new and never looked back.

Google’s changing that now with a feature that lets you step back in time to earlier versions of its Street View data, going back to 2006. Since then, each time the company updated Street View data, it also quietly kept the older versions. And in numerous cases, skipping between them is the difference between desolation and a sprawling metropolis, or — like in Japan’s case — vice versa. 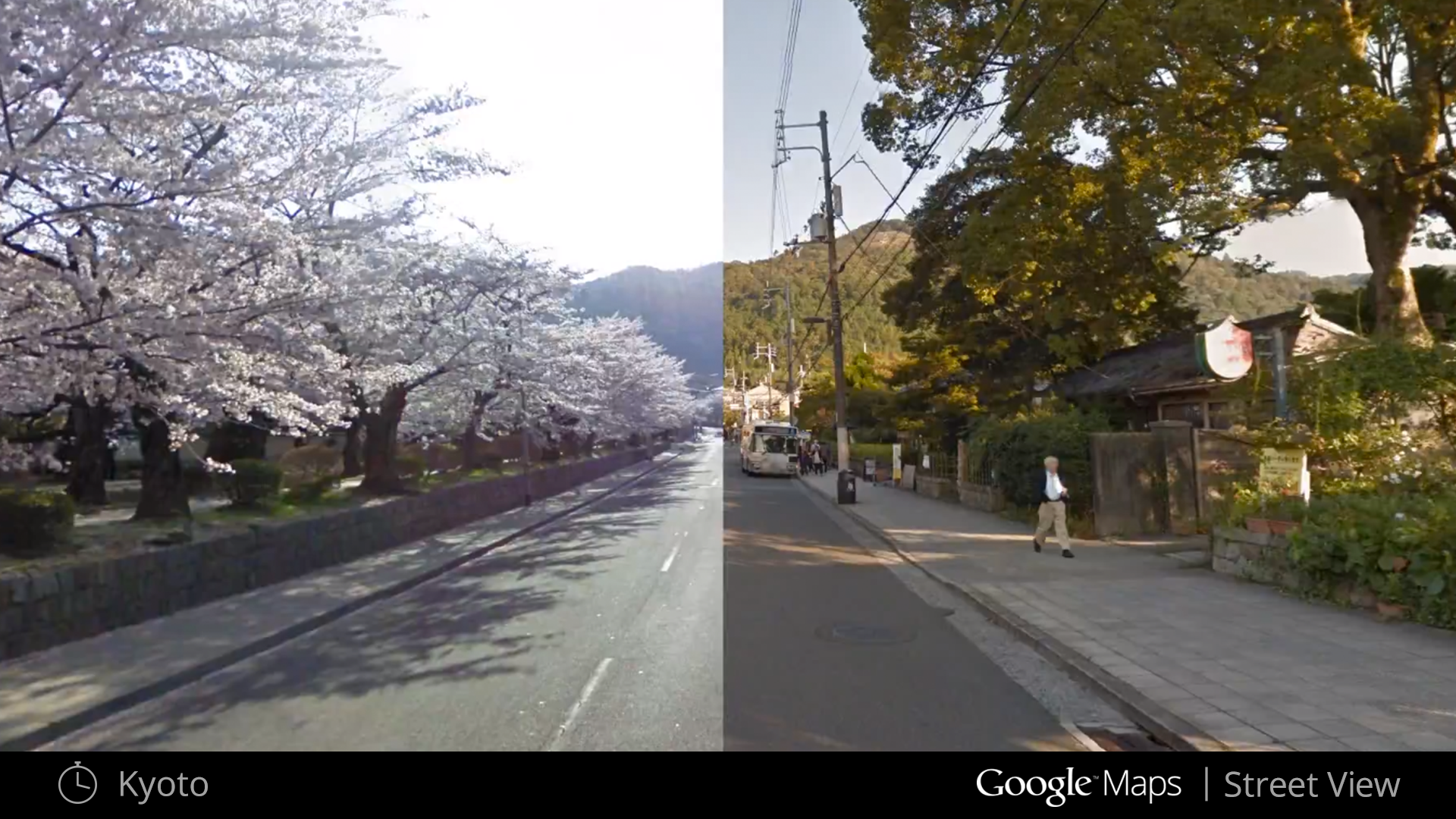 The feature, which Google is rolling out to the web version of Maps today, generally stays out of the way unless you want to go back in time. If you’re viewing a location with earlier recorded images, there’s now an hourglass and a slider in the top left of the screen that shows you the month and year. Dial it back and it sweeps to that copy stored on Google’s servers, almost as if you were clicking on a location just up the road.

The result is a kind of time warp that can show you months' and years' worth of human ingenuity, and just as quickly show it erased following a disaster or new construction project. With Street View now recording more than 6 million miles across 55 countries, there are a lot of those.

"We have built this very complicated graph of imagery through time and space," says Luc Vincent, the director of engineering for Street View. He says the option to go back and forth through time was the most requested by Google Maps users, who have been hounding the company to add it for years. This was primarily for simple things, like seeing older images of their house, school, or neighborhood. "People would say, ‘My house, can you please preserve it? Because I like it this way,’" Vincent told The Verge. "We can show you everything now."

Google is creating so much data, in fact, Vincent says the current iteration of Time Machine is intentionally dialing back what people see. The smallest interval of time you can jump to is a month, even if Google’s gone through and captured Street View recordings more frequently. That’s not a normal occurrence for most places, Vincent says, but there are places like Google’s campus, and major cities where Street View cars are recording more than once a month, sometimes even several times a week.

Algorithms pick the best looking images to show you

Vincent says the company’s using an algorithm designed to pick the best imagery from the data that’s collected each month. It goes through the images the company has captured and weeds out sets that tend to have a lot of motion blur, or that have particularly bad weather.

But expanding the recordings to what Vincent refers to as "slices" has opened up new avenues for the company to show off Street View imagery it once kept to itself. That includes roads with shoulders heaped with snow, drenched dark forests, or simply alternate views of familiar places. "We can show you Times Square at night," Vincent says, a first for the service that overwhelmingly prefers clear blue skies. "When we chose the image, the freshest imagery is typically the best … now you don’t have to make a choice."

One wrinkle in all this is that the physical location of roads changes over time, either by human interaction or mother nature. In the case of the movement from the 9.0 earthquake, for instance, roads and buildings that were in one place when Google was first there, were at new GPS coordinates when they went through again. That’s been preserved in Time Machine, Vincent says. 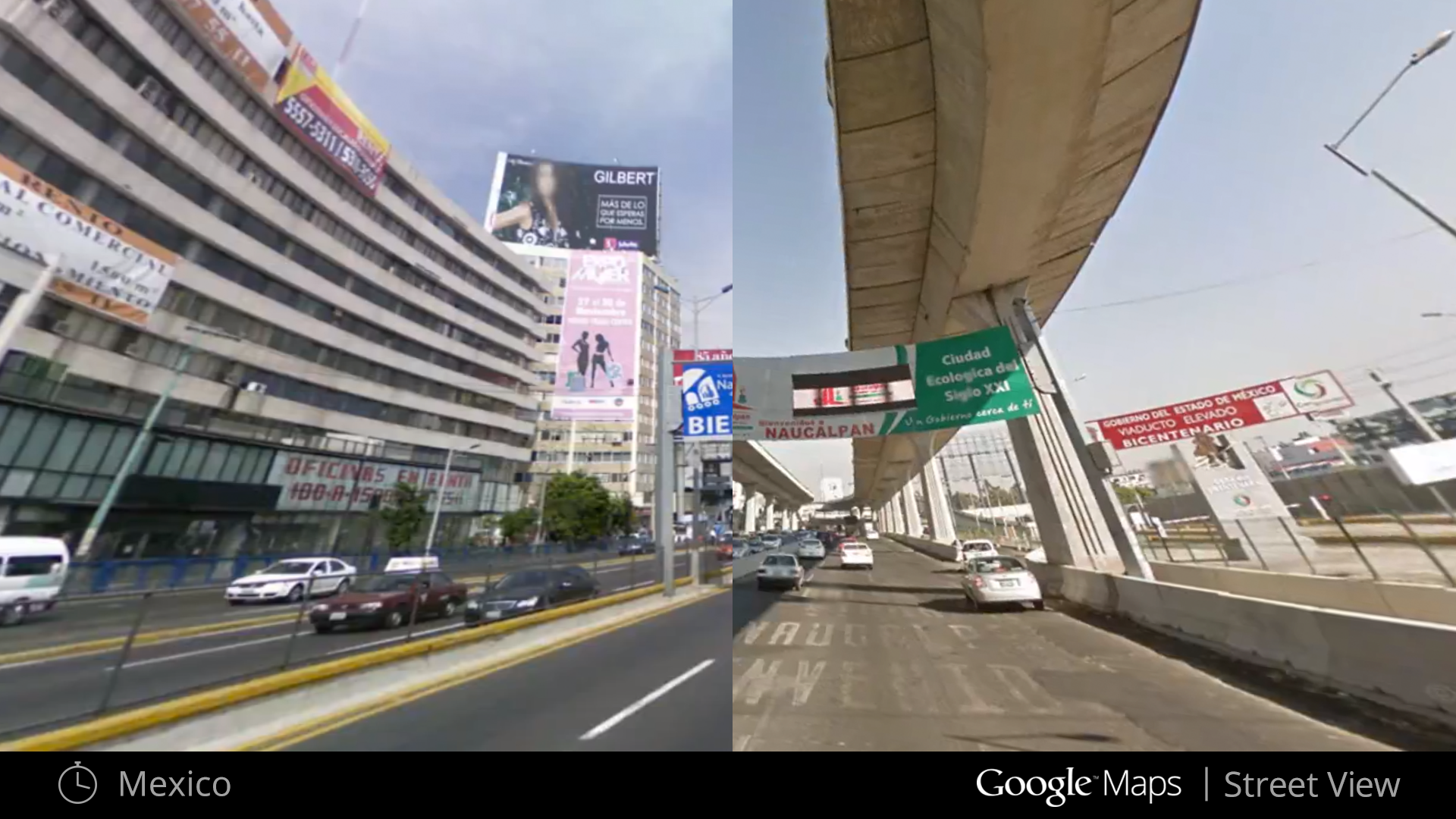 "It’s not a bug; after the earthquake, the ground shifted by 3 meters. Everything else is from the same geo-coordinates," Vincent says. "It was the same thing with Hurricane Katrina in New Orleans."

Vincent and company hope Time Machine will be more than just a way to gawk at before and after photos of disasters, and perhaps become a tool for planning travel. They imagine people using it when planning a vacation to somewhere they’ve never been in order to see what it looks like during that particular time of year.

Google won’t initially offer Time Machine for indoor imagery of buildings, or on trails, something it’s captured using its special Trekker backpack. It also won’t be available from the get-go on mobile devices. Vincent made no promises on timing short of saying that the company was working on it. With that said, Street View on the go is often meant as a way to get your bearings on what’s around you now, not years ago. But that behavior, just like images of the world Google is capturing, might ultimately change.

"We’ve been driving 3D cars for more than seven years," Vincent says. "It was totally different from what it is now."