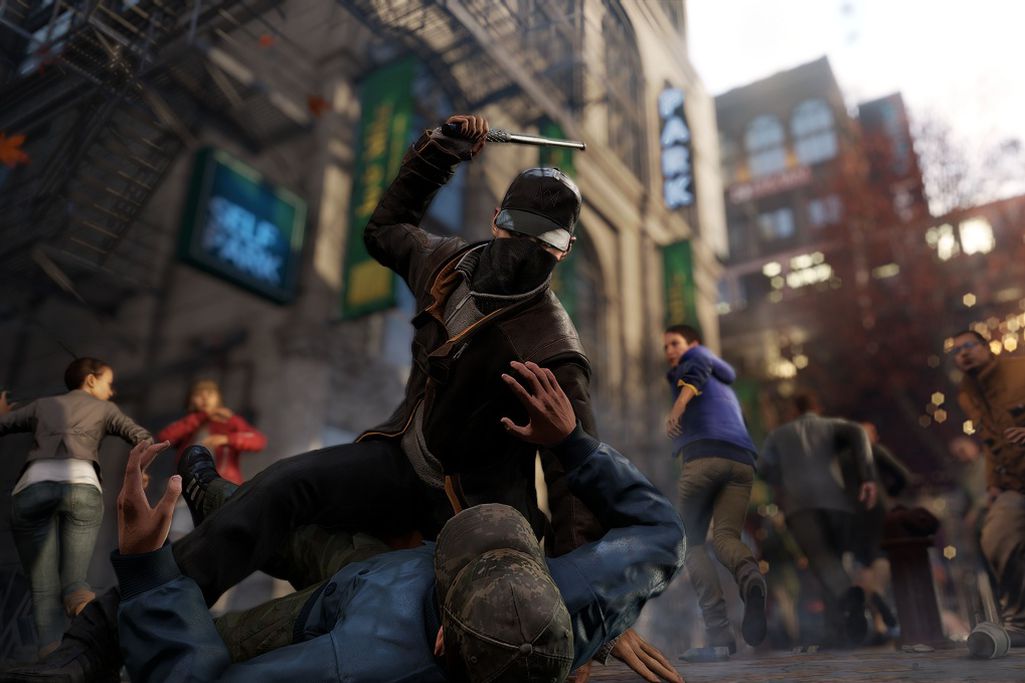 The defining experience of every Grand Theft Auto-style game is running over pedestrians with cars. Typically, I think nothing of it — they’re not really people, after all. They might look a little bit like you and me, but they are devoid of personality, of consciousness, of soul. So when I’m fleeing five cop cars and a pedestrian-filled getaway route presents itself, I don’t hesitate to mow them down. Sometimes I even smile as they bounce off my bumper, their limbs flailing around.

But at a San Francisco preview event for Watch Dogs, a game that plays much like Grand Theft Auto, I felt something I’ve never really felt in a game before. 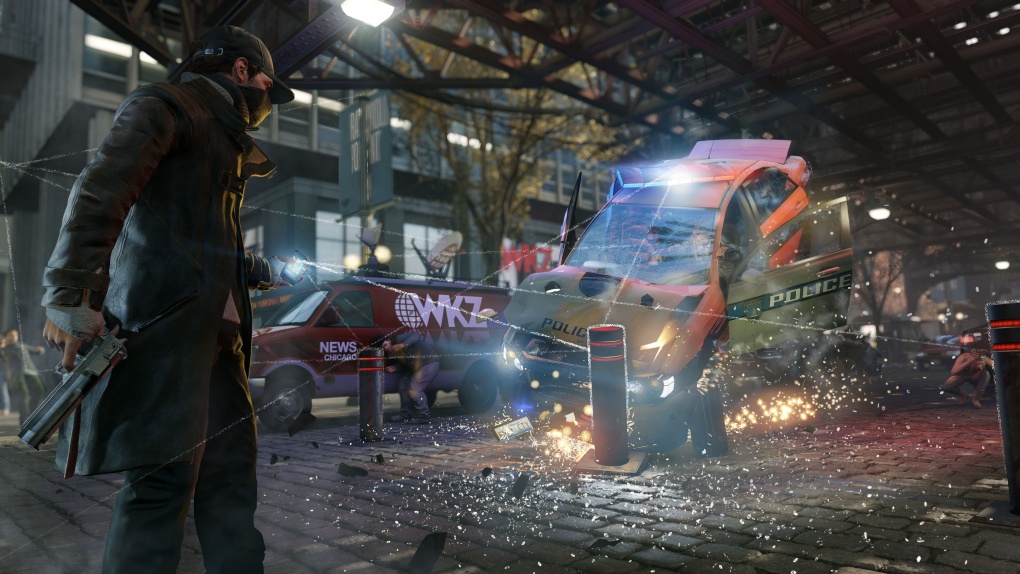 In Watch Dogs, you play as Aiden Pierce, a rogue hacker in present-day Chicago trying to find his niece’s killer. Rather than spend your time in cyberspace, though, you have a smartphone that can control any machine in the world. In Watch Dogs’ vision of Chicago, you see, the Internet of Things is already complete. Every system has been connected to a centralized operating system, CTOS, which provides free citywide Wi-Fi, keeps the trains on time, and efficiently automates just about everything. 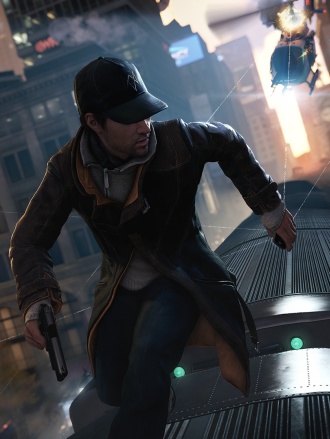 There's an app for that

The downside, of course, is that privacy is at an all-time low. Surveillance cameras are everywhere, and the system uses facial recognition to profile anyone it spots at a moment’s notice. CTOS knows your name, how much money you make, your likes, dislikes, allergies, addictions, and plenty more. And as Aiden Pierce, you can have access to that same information about anyone you lay eyes on. There’s an app for that.

It doesn’t sound like much at first, but that information makes all the difference in the world. Suddenly, each non-player character is a person, with a name and a personality. Would you casually run over a single mother of two scraping by on a $22,000 income? How about a homeless war vet?

Not everyone has such a tragic backstory, of course, and I soon found myself a little richer after hacking a wealthy businesswoman. But I couldn’t play the game quite like Grand Theft Auto once I knew the kinds of people I might be harming. When pursued by police, one of Aiden’s most basic hacks is to turn all the traffic lights green at an intersection, causing nasty pileups to block pursuers. But after learning that Aiden’s niece died in a car crash — of sorts — I couldn’t bring myself to use it very often. The game establishes early on that avenging Aiden’s niece is one of his primary goals. What’s the point, if he winds up accidentally killing another little girl himself? 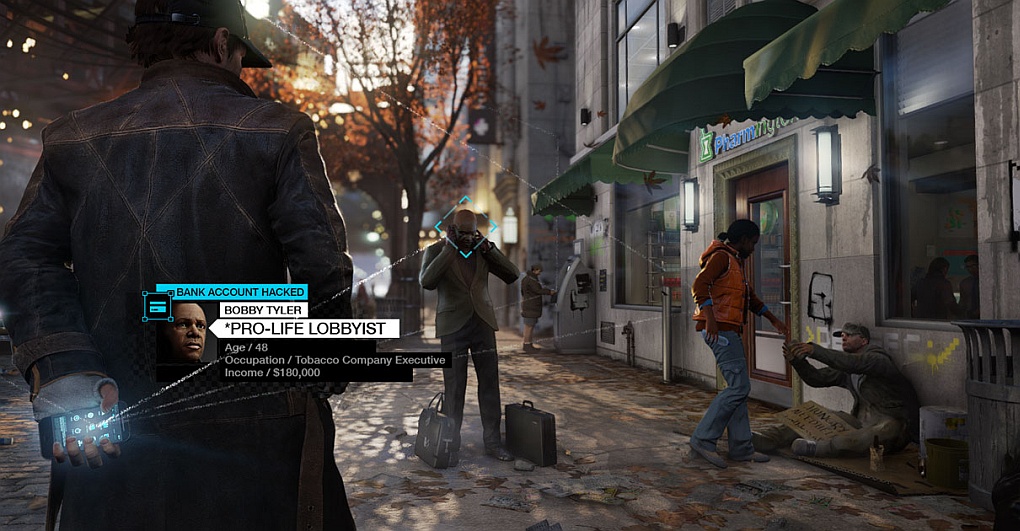 Even walking down the street with a loaded weapon feels distinctly awkward, despite (or perhaps because of) Aiden’s wonderfully animated efforts to hide his pistol. If a citizen spots it, they’ll call the police, if you don’t intimidate them or jam their cellular signal first. You can shoot them, too, but it feels unconscionable.

Perhaps the moment I felt most self-conscious, though, was visiting the birthday party of Aiden’s nephew — the little boy who lost his sister. Walking into the party, I saw Aiden staring intently down at his phone, as he always does while profiling those around him. But this was different: I was being antisocial in front of my own grieving family. Embarrassed, I put the phone away, but not before catching a glimpse of my sister’s profile. "Is it right to spy on your own family?" I wondered to myself. But when I spotted the traumatized boy… my curiosity overcame my guilt.

"They go home at some point, they have their normal lives, and you have to process that."

What I wasn’t remotely expecting, even after those experiences, was that I’d feel a similar sense of morality even when confronting foes. They have names and backstories too, and the ways you can dispatch them are so brutal, so cold-blooded that it made me genuinely uncomfortable killing them. Your smartphone not only lets you see enemies through walls as you shoot them precisely in the head, but remotely trigger explosives on their belts, drop massive steel containers on their heads, or even fake a text message from a sick son to distract them while you line up your crosshairs. It practically feels unfair, but it adds a psychological challenge to the game that’s more interesting than your average shooting experience. I found myself trying for nonlethal takedowns whenever possible, because — as ludicrous as it might sound — it didn’t feel moral to kill them.


"We wanted [the profiler] to be something that affects you, where NPCs become characters, they become individuals," says lead writer Kevin Shortt. Unfortunately, Watch Dogs isn't always subtle about its morality, as I discovered the first time I tried to stop a crime before it occurred. When I simply scared away a man who was threatening a woman in an alley, the game not-so-subtly hinted that he’d be back to do worse. The "correct" way to deal with it was apparently to wait until he started choking her, chase him down, and beat him senseless with a baton. You’ll also usually know who the bad guys are, and not just because they have guns drawn. For every newlywed or family man among your foes, there will be a number of ex-mercenaries, drug addicts, and criminals, presumably to make them easier to kill. It serves a purpose in the story ("Who watches the watchers?") but it feels heavy-handed. 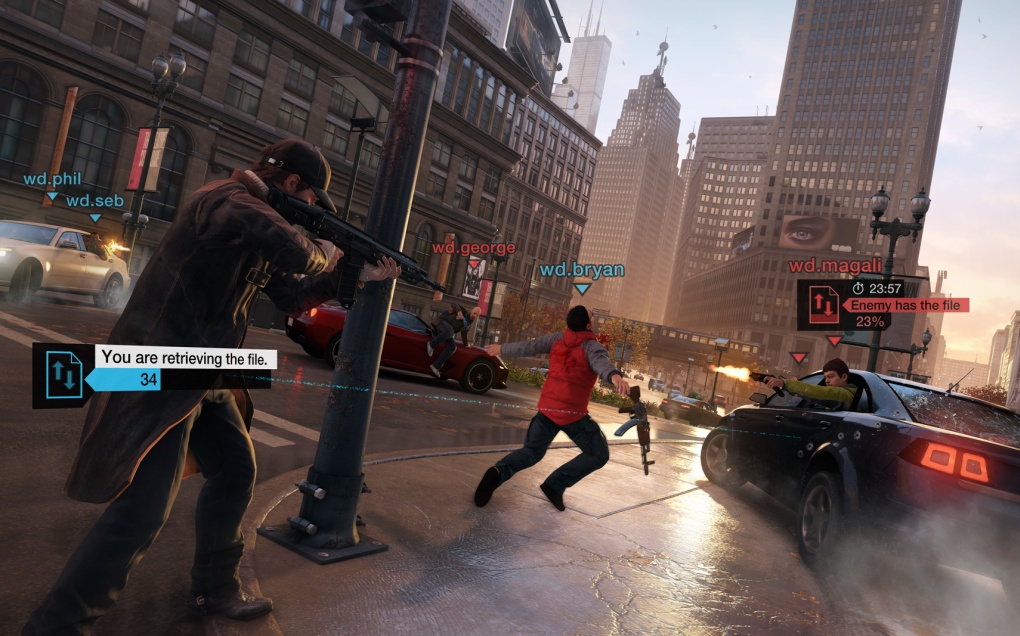 Ubisoft developers told me they were particularly proud of the game’s "Privacy Violations," completely optional scenes where you see a private moment inside someone’s home. Hacking into a supposedly dormant laptop webcam, you’ll hear a mother trying to soothe a crying baby, or perhaps watch a man dancing by himself. The developers spoke about how they hoped these moments might help spur conversation about what privacy means in the digital age, and I hope they will. But by marking each opportunity to perform a privacy violation on my map and requiring a minigame to access each scene, it felt like the game was encouraging me to collect them all rather than stumble onto something meaningful. When it’s subtle and ambient, it works well, but every time Watch Dogs tries to gamify morality it cheapens the result.

One of the most thrilling parts of Watch Dogs is getting hacked by another online player. At first, you don’t even notice they’re there. They seamlessly slip into your game like a shadow, and remain indistinguishable from any computer-generated character as long as they don’t tip you off by, say, parking in the middle of the street. Once they’re in your smartphone, stealing your data, it’s a mad dash to figure out which character could be a real flesh-and-blood person, chase them down, and shoot them dead. And there’s nothing quite like noticing that something, somewhere, is slightly out of place — like a glitch in The Matrix — only to realize the predicament you’re in.

But that experience, however fun, completely broke my already shaky moral compass. I didn’t want to be thinking about the differences between humans and computer-generated characters anymore, but those differences were now plain as day. I didn’t want to barrel through pedestrians and cause traffic accidents while chasing the enemy player, but my inhibition had gone away. I didn’t want to shoot him in the back: according to the rules I wanted my Aiden Pierce to live by, that shouldn’t have been okay. But I could, and I did, because the game steered me that way.

I will buy Watch Dogs. I will unplug my internet, and I will hope I can recreate the illusion that the game’s characters are living, breathing people once again. But if I don’t, I sincerely hope another game will finish the important work that Ubisoft has started here. 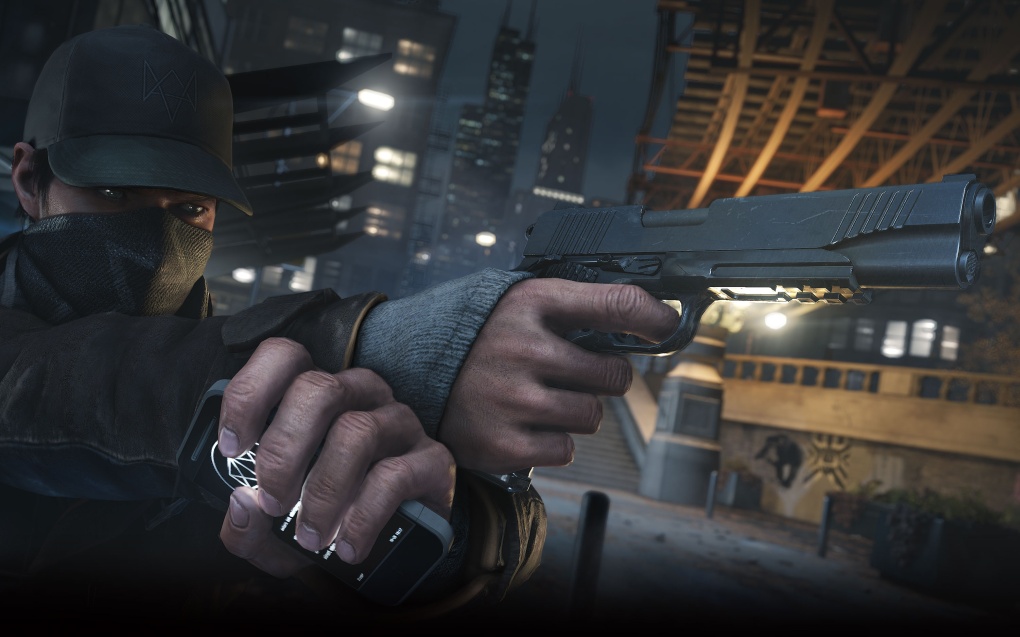